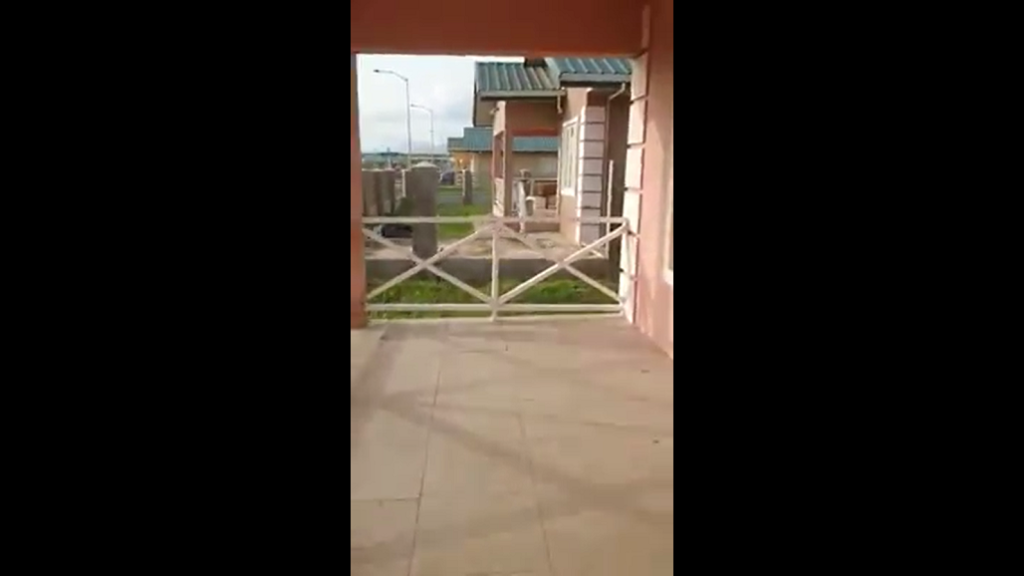 Speaking to LoopTT, Mitchell said recent viral videos of abandoned homes in the Oasis Green HDC developments in Chaguanas are not showing the full story.

Mitchell said the posts were misleading, adding that the homes are being finished and assigned to applicants as fast as possible.

“Those views are very misleading. When I came into office I instructed the HDC to complete all these developments.” he said.

He added that the housing developments in Oasis Gardens, where the videos were reportedly recorded, are already being repaired, but said the video only showed the apartments which had not yet been repaired.

“What you’re seeing are units that were left unfinished due to non-payments to the contractors (under the previous government). These projects are being restarted for completion.”

Mitchell added that many units in the Oasis Greens development have already been completed however the process has slowed down somewhat due to budgetary constraints.

“That development is being given out in stages, the single-family units are being completed, the townhouse residences those are completed. What is still to be completed are these apartment buildings, and the contractor is still on site, but we’re having funding issues, like the rest of the country so that it is moving a slower than we would like because of those funding issues,” he said.

He also referred to the billion-dollar contracts which were given out under the UNC government for housing complexes such as Oasis Gardens, Cypress Gardens, Trestrail, D’Abadie, and others.

He slammed what he said appears to be a political agenda.

“It’s very easy for someone with a political agenda to go around with a camera and show an empty building with a cow walking inside, or show a particular unit in a particular state, and the narrative of the video would give that impression but it’s not the whole story,” he said.

“We now have to tackle these issues so that we get people to understand what is really going on. The petition is very cleverly appealing to the emotional aspect, but it’s not that easy or simple,” he said.

He said as far back as November 2016, he did announce a plan to sell vacant and vandalised units, but said that the issue is more complex.

“These developments have subsisting contracts, for example Lakeview has contractors on site, they have to finish these projects before they can be sold. Additionally, no mortgage company will give a mortgage to purchase a house that has no infrastructure. They don’t have sewer connections, electrical connections, for example, so these units can’t be distributed just yet,” he said.

“It’s been reported in the media since last year and we’ve always put out statements, but it’s different where somebody has to read a newspaper, as opposed to someone just uploading a video which goes viral. So we just have to combat those misperceptions,” he said.

"We've been criticised in the past for our lack of communication with the public, so we're trying to fix that now and so that people can truly understand what has been going on," he said.

Mitchell is assuring citizens that the homes are being assigned to applicants as fast as they are completed and his ministry intends to provide updates moving forward.

In April 2017, government announced that $60 million had been allocated to the development of the unfinished housing developments including Vieux Fort, Cypress Gardens, Carlsen Field, and Lake View development in Point Fortin.