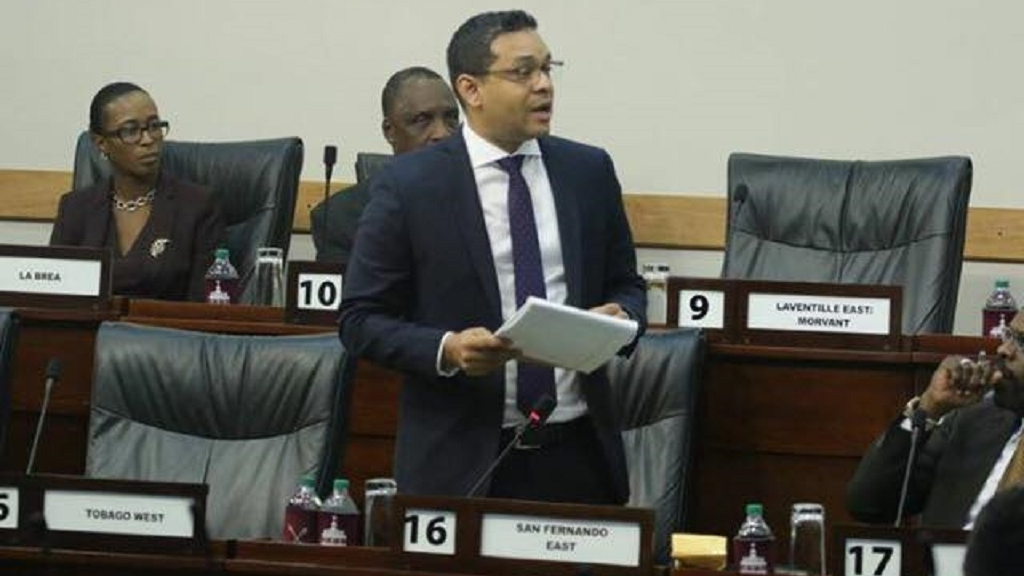 In a statement issued Saturday, Mitchell said Dr Khan's comments stemmed from an erroneous article published in the Trinidad Guardian stating that a mother and her children had received housing through the Housing Development Corporation (HDC).

His comments are as follows:

"Thank you for allowing me the opportunity to comment on a video featuring Opposition Member of Parliament, Dr. Fuad Khan, which is being circulated via Facebook. In this video, Dr. Khan irresponsibly advises the population that, .... “it is better to make plenty children, sleep under a step or go on a river bank and build a house, call in the media, let everybody feel sorry for you and then you will get an HDC house even though you were given before and never paid for it.”

"He also made a clarion call stating, “everyone who has applied to the HDC and have not gotten a house to set up a house on the river bank, have a couple of children, call in the media and show how destitute you are.”

"The MP further encouraged persons to engage in unlawful activities when he said, “squat on anywhere you want in Trinidad and Tobago because nobody doing you nothing.”

"On viewing the video, I am deeply disturbed as the Minister of Housing and Urban Development, but more so as a Member of Parliament, having taken a solemn oath to uphold the laws of Trinidad and Tobago, to hear a colleague render such unfortunate advice publicly.

"Dr. Khan's motivation for such utterances appear to arise out of a story published in the Trinidad Guardian on Thursday 18 January with the erroneous title, “Mom, Children get HDC Apartment".

"That story referred to a mother and her children who had been sleeping under a staircase at an HDC housing development. However, contrary to that published story, that family did not receive an HDC housing unit, but instead benefited from the state's social safety net through the timely intervention by the Ministry of Social Development and Family Services and the provision of the Rental Assistance Grant and other grants to ensure that the family gets back onto its feet."

"The story published by the Trinidad Guardian is therefore misleading and the HDC has since issued a request to that newspaper for correction," Mitchell said.

"The Government remains aware and is committed to assisting the most vulnerable in the society. To my recollection, it is the first time in a long time that a meaningful attempt is being made among those agencies that make up the state's social safety net to ensure that quick, timely and the most appropriate assistance, in accordance with public policy, is made available to those who need it the most."

"This multi-pronged collaborative approach is not new but was not adopted in the recent past where political expediency was preferred over the application of established public policy. No longer will Ministers or other high-ranking office holders carry food cards in their back pockets or car trunks to hand out capriciously," Mitchell said.

He added that it is "even more regrettable that Dr Khan did not object nor raise his voice in expressing his opinion under his administration when the State's social safety net was applied whimsically".

"It is further inappropriate that as a seasoned Member of Parliament, Dr. Khan will encourage citizens to engage in the illegal practice of squatting and to dangerously build housing structures alongside watercourses. To do this, I reiterate, is to break the oath of office that Dr Khan has sworn to uphold."

"I respectfully suggest that Dr. Khan, as a member of parliament, should employ his voice towards the creation of laws and or policy to eradicate unlawful behaviour by citizens and create an enabling environment where those seeking affordable shelter can be afforded opportunities without resorting to illegal behaviour," he said.

He also thanked caseworkers at the Ministries of Housing and Urban Development and Social Development and Family Services for their close collaboration in the assessment of citizens in need of the state's social safety net.

"I wish Ms Dick and her family best wishes and I hope that she and her family make good use of the state's assistance to get back on their feet. I also thank the media for highlighting the cases that seem to get lost in the red tape of bureaucracy when facing the public service," he said.