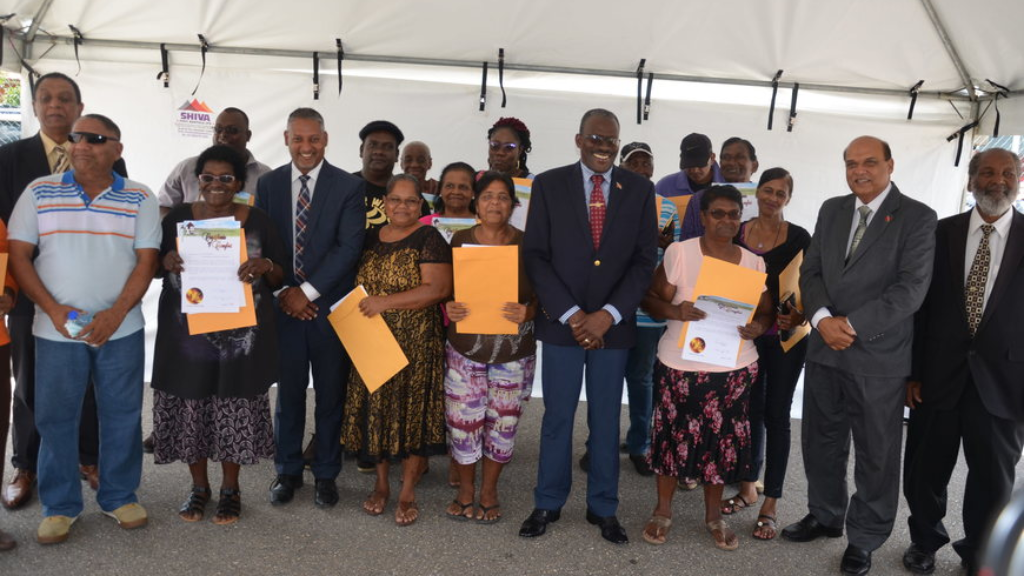 Thirty-seven Certificates of Comfort have been distributed to families from Crown Trace, Enterprise, Chaguanas by the Land Settlement Agency.

A Certificate of Comfort issued by the Land Settlement Agency, is the first stage in the regularisation of tenure process. Only squatters who were occupying state land prior to January 1, 1998 could have made an application for a COC on or before October 27, 2000.

Through the CoC, the recipient is given an assurance that he or she will not be removed from the plot on which his/her dwelling stands, unless it is deemed necessary for him/her to be relocated and an alternative plot is identified and made available.

This is in keeping with the Ministry’s mandate to facilitate security of tenure to society's most vulnerable.

Housing and Urban Development Minister Edmund Dillon, congratulated the recipients and acknowledged that the decision to award these instruments of title proves Government’s commitment to providing affordable housing solutions to the most vulnerable within the society.

80 families get Certificates of Comfort in Diego Martin

Housing Minister: 300 to get Certificates of Comfort by year-end