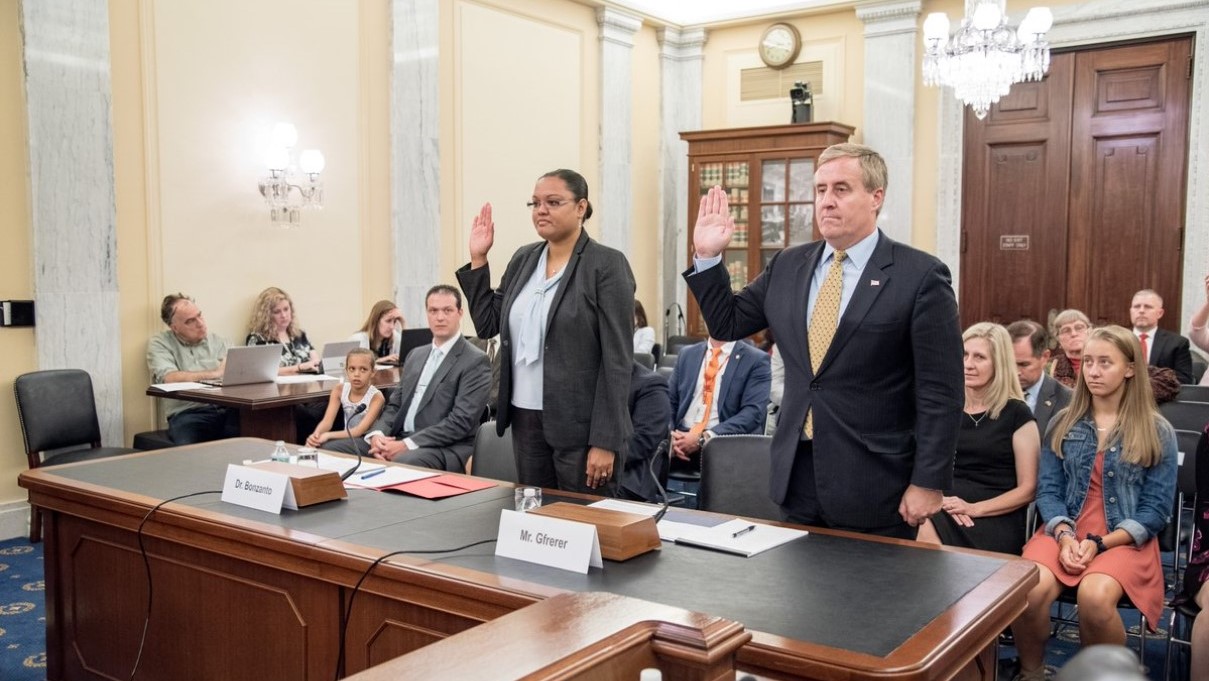 No dream is too big and no challenge is too great. This saying holds true for Dr Tamara Bonzanto, a Trinidadian woman, who was recently appointed Assistant Secretary of Veterans’ Affairs (VA) for the Office of Accountability and Whistleblower Protection by US President Donald Trump.

Bonzanto, who grew up in the quiet and rural village of Piparo, migrated to the United States with her family members after the volcano erupted in 1997.

The Piparo native may have had humble beginnings but she always had big dreams.

She attended the Piparo Presbyterian primary school, then Williamsville Junior Secondary and moved on to Marabella Senior Comprehensive.

And now, after many years of service in the US, she landed a major role in the Trump administration in January of this year.

According to her biography, Dr Bonzanto plays a critical role in providing oversight for the Secretary's accountability priorities and final review.

She also provides advisory support to VA leadership in the guidance, coordination, direction, and evaluation of whistleblower protections and senior leader accountability throughout the Department.

Prior to her role in the VA, she served as the healthcare investigator for the US House of Representatives Committee on Veterans’ Affairs, Subcommittee on Oversight and Investigations.

According to her biography, Dr Bonzanto's career in healthcare began when she enlisted in the US Navy in 2001.

She served as a Hospital Corpsman in a variety of roles and was honourably discharged in 2006.

After active duty service, she earned her Bachelor of Science in Nursing (BSN) from the Jefferson College of Nursing at Thomas Jefferson University in Philadelphia.

She continued her work in healthcare with the Philadelphia Housing Authority as a nurse case manager.

Her passion for assisting service members brought her back to the military as a contracted nurse case manager for the Army Reserve from 2012 to 2015.

Dr Bonzanto became an expert in coordinating soldiers’ healthcare between the Department of Defense, Department of Veteran Affairs, and civilian healthcare providers in 13 northeastern states.

She also served as a medical readiness advisor to the Army Reserve commanders in the Northeast Region.

She continued her education at the Jefferson College of Nursing and earned a Master of Science in Nursing (MSN) in Community Systems Administration.

According to the Department of Veterans’ Affairs, Dr Bonzanto's unique blend of experiences and passion for the mission makes her the ideal choice to serve as the assistant secretary for the Federal Government's first of its kind accountability office.

She recently completed a Doctor of Nursing Practice (DNP) degree at the Jefferson College of Nursing.