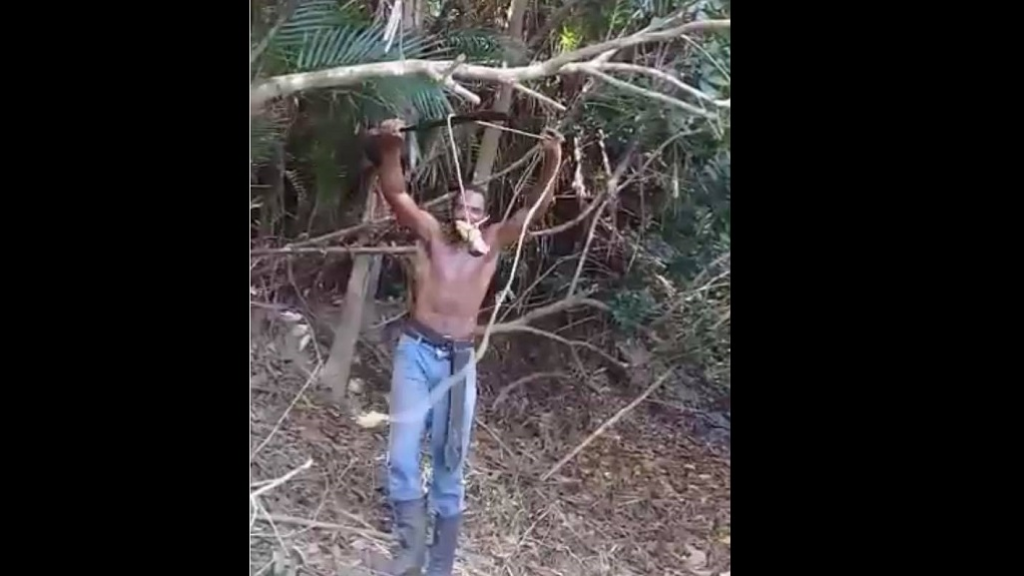 Authorities are pursuing details to find a poacher who was seen in a viral video chopping and ‘making cook’ with a protected anaconda in Trinidad.

The video was shared via social media, however, it was later removed. However, it is suspected that the poacher may have carried out the act in forests in North or Central Trinidad.

Minister of Agriculture, Lands and Fisheries, Clarence Rambharat said in a social media post that he has instructed authorities to pursue this matter.

“When I saw the video this morning of the barebacked guy removing the anaconda from the fish pot and hacking it to death, to make a cook, I knew the video would be removed.”

“Before it was removed it was determined where it was possibly taken and who the man involved could be.”

“The Chief Game Warden was instructed to pursue this matter relentlessly with our Game Wardens and the Sangre Grande and Biche police and lay charges under the Conservation of Wild Life Act,” Rambharat said.

The green anaconda, or Eunectes murinus gigas, is native to Trinidad and Tobago and is protected under the Conservation of Wildlife Act - it is the largest snake by weight in the world.

Recently, government implemented stricter fines for poaching and other hunting offences with amendments made to the Conservation of Wildlife Act as follows: