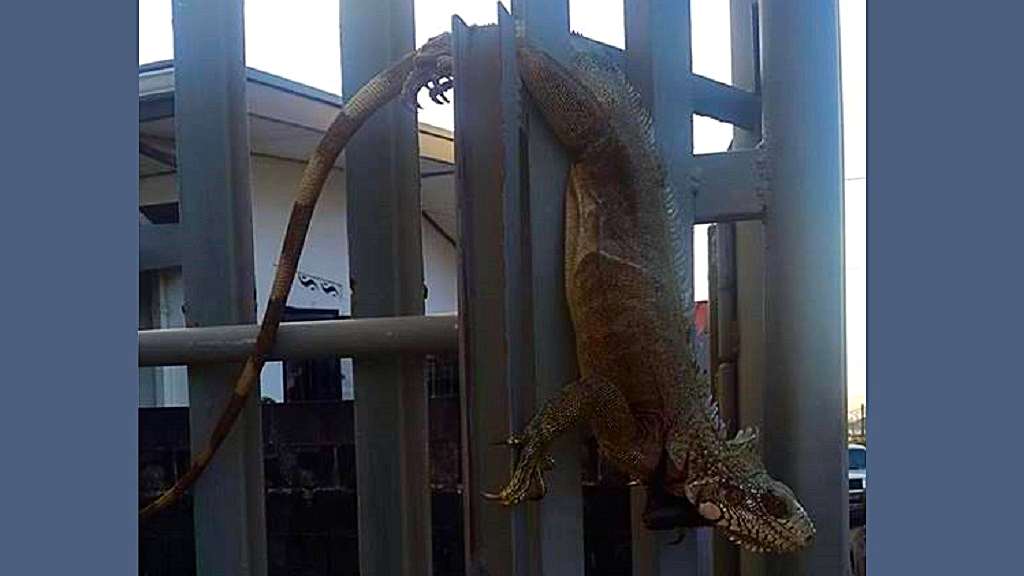 One Trinidadian hunter was praised by his peers after he caught, then released, a pregnant iguana earlier this week.

"Caught dis mama but she have eggs so am letting her go," he said.

Others praised him for his act, commending him for helping to maintain the sustainability of the species.

"This man is an actual hunter. Well done, thinking about tomorrow."

"Like that I do the same thing serstain the population good thing."

"That's very nice sad thing is somebody else would hold and kill her I think the best thing is to let them go to make their young ones it only benefits the hunter in the long run."

"You are a smart guy. Let her go with her eggs. Doh destroy the species. Well done."

"Thank god.. if only every hunter had this sense... Respect."

"Thank God there is somebody with a concience out there. God bless you brother for not killing a pregnant animal."

"That is what GOOD HUNTING ETHICS is all about. Thanks for doing the right thing. Please spread this attitude around. Best regards."

Under current hunting laws, there are no bag limits or restrictions regarding the hunting of pregnant animals that do not fall under the list of protected animals.

Several calls have been made for the establishment of bag limits and proper practices to prevent unsustainable hunting and poaching of animals.

President of the Confederation of Hunters’ Associations for Conservation of T&T (CHACTT), Buddie Miller, said hunters have been calling for bag limits for years.

However, Minister of Agriculture, Lands and Fisheries, Clarence Rambharat said to LoopTT in a December 2017 interview that he had received recommendations from the Wildlife Conservation Committee and is looking at those recommendations.