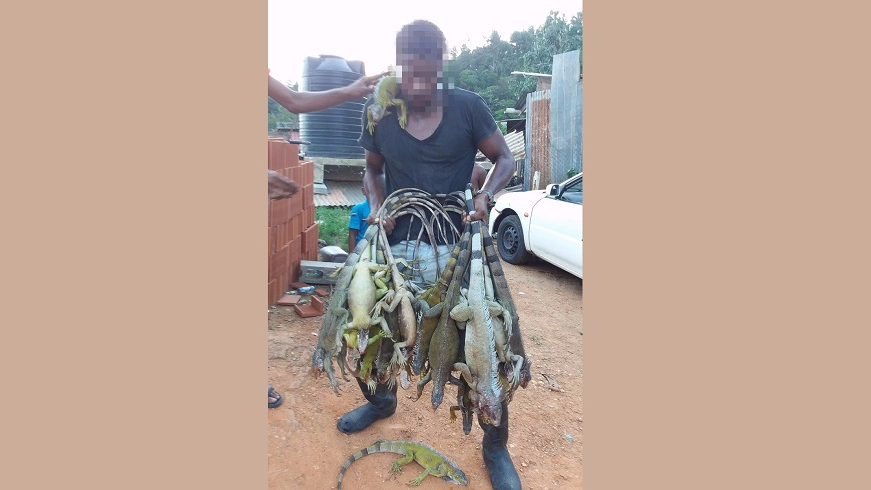 (Photo: This hunter shared a photo to social media in November, and allegedly caught 20 iguanas in the space of half a day.)

President of the Confederation of Hunters’ Associations for Conservation of T&T (CHACTT), Buddie Miller, said hunters have been calling for bag limits for years, after concerns were again raised over the high numbers of animals being hunted.

However, Minister of Agriculture, Lands and Fisheries, Clarence Rambharat, said to LoopTT that bag limits have not been introduced because of problems with enforcement.

“That issue has been around for a long time. At the consultations I have said we do not have a mechanism to enforce bag limits and I don’t want to create regulations that we have difficulty enforcing.”

“The issue is the ability to enforce bag limits because hunting is taking place out there, it’s all over the country, it’s difficult for a game warden posted in every single area keeping track…I question the practicality of being able to enforce it,” he said.

He added that he has seen photos of large-scale hunting but was advised that it is not a concern at present.

“I have seen it and I am advised…they do not have a concern about it as yet, so we continue to monitor it.”

When questioned regarding photos showing mass-hunting of animals for sale, Rambharat replied “that is part of what happens”.

“I believe hunting, once it is done in accordance with the law is (acceptable), there is nothing that has suggested to me that it is not sustainable.” 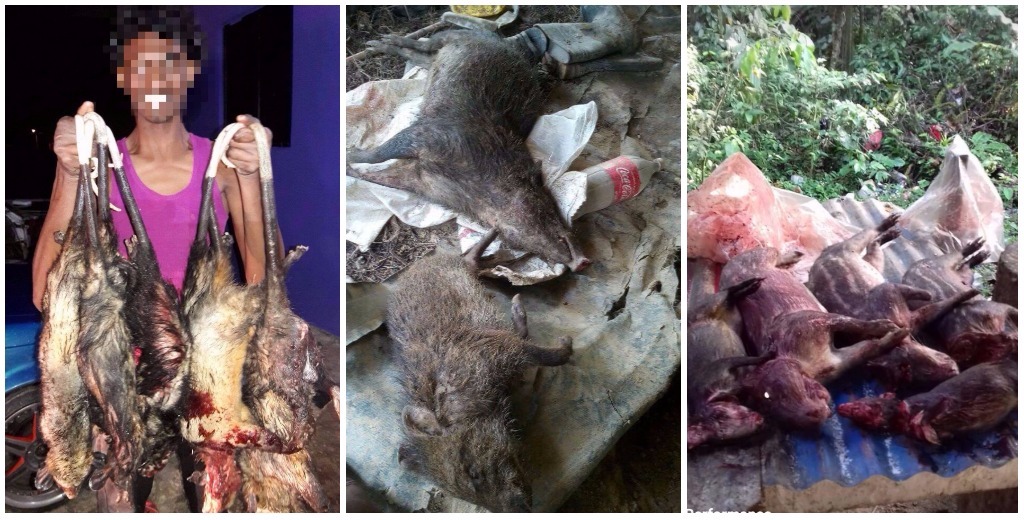 Miller, said however that the group has suggested a system for enforcing bag limits which is simple and effective.

“The Hunters’ Association and me personally, we have been begging for bag limits and recommending bag limits for many years.”

Miller said a system whereby hunters are issued a set number of tags which they are required to attach to their kills, can easily be enforced.

If the orders are not followed, the penalty may consist of suspending or removing a hunter’s firearm license.

“Legitimate hunters need to have a firearm license to be able to keep and purchase a firearm. No hunter with a licensed firearm is going to break the law by exceeding bag limits or any of the other game laws and risk losing his license.”

“It means that if you tell me that I can shoot two deer for the season, when I have shot two and tagged them, that's it…we don’t have to reinvent that wheel. I told him (Rambarat) this about two weeks ago at the Committee meeting,” he said.

Miller added that the system would be easily enforceable and would be a self-policing system.

“No hunter with a licensed firearm is going to try walking out of the forest without a tag on it, for a game warden to step out of the bushes and say ‘where is your tag?’” 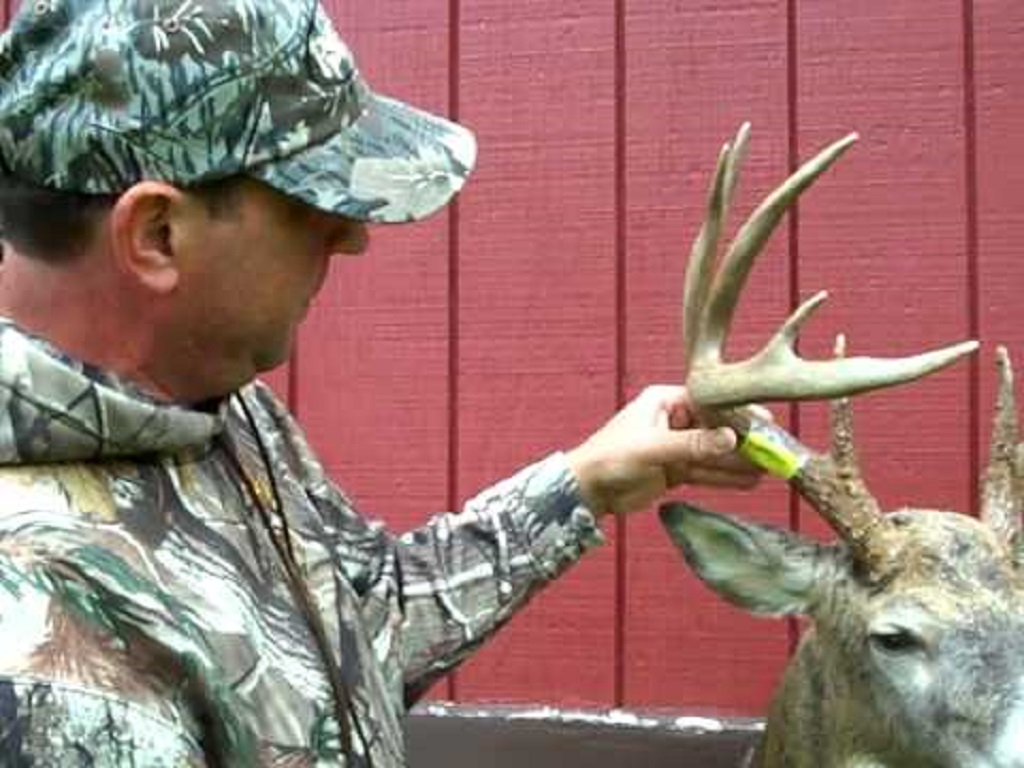 (Photo: A hunter in the US demonstrates the method for tagging a deer.)

“The game warden doesn’t have to go chasing into the forest and try to run after him and catch him and risk being shot, the game warden just has to stand by the vehicle waiting outside and wait till this guy  comes out from the forest, and say ‘ok, show me what you  caught, show me your licenses’ etc.”

“I don’t know why it is so difficult for our authorities to understand this,” he said.

Miller did add however that in his opinion it is ‘impossible’ to hunt game animals to extinction due to the inaccessibility of parts of the Northern Range.

He also condemned the overhunting of game animals such as iguanas, calling such acts unethical.

(Video: A Siparia man advertises iguanas for sale, says one of them 'has eggs too'.)

Conservationist Kristopher Rattansingh, speaking on behalf of the Wildlife Environmental Protection of Trinidad and Tobago (WEPTT), said the present practices are unsustainable and need to change.

“Animals are being removed from our forests by the dozens daily. This is unsustainable and must be addressed. Currently, there are no regulations on how many animals, what size, breed, maturity or pregnant species, can be hunted.”

“I suggest a system where tags and limits are implemented. This will allow a sustainable hunting season in which hunters reap a fair catch, while the various species are also able reproduce and maintain stable population levels.”

Tagging involves hunters purchasing tags for each of their kills at a small cost. They will have to document each kill per tag and return those figures to the Forestry Division for accountability.

“If we strictly regulate how many animals of specific breeds, sizes and species are hunted, AND hold hunters responsible for their catches with systems such as tagging, we can effectively sustain hunting, species diversity and maintain a healthy biodiversity.”

“With the use of patrols and enforcement, officers may find people with untagged animals, and violators can be fined and their licenses revoked,” he said.