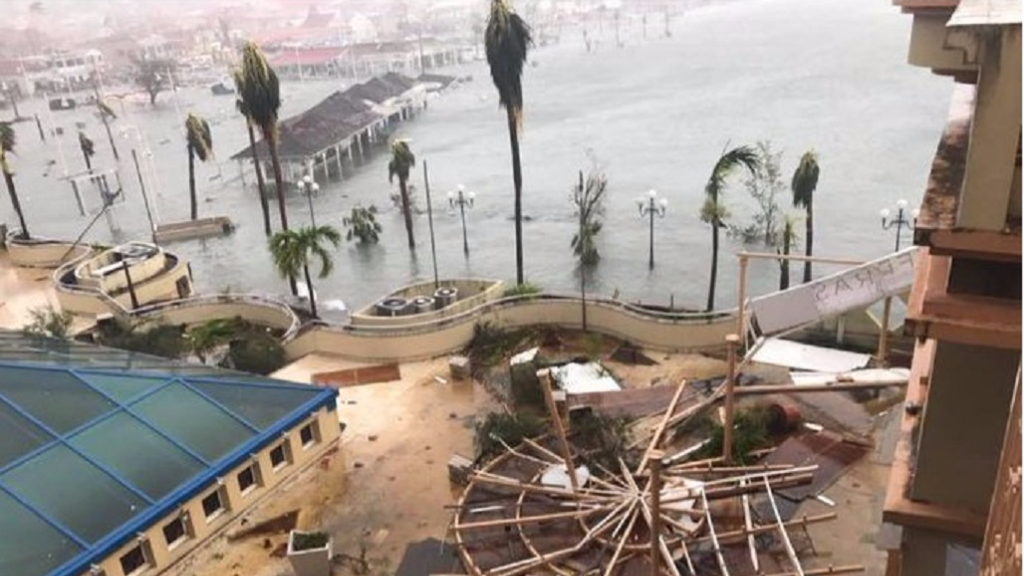 Damage caused by Hurricane Irma in the French territory of St Martin.

According to French media outlet, Europe 1, President Emmanuel Macron, has estimated that the report, which could get worse, "will be harsh and cruel".

"Structural damage on the two islands is considerable," he added.

"It is too early to give a report on exact figures. I can already tell you that report will be harsh and cruel, we will have victims to mourn."

Guadeloupe, a French overseas department, was spared any serious damage and the Hurricane Warning for that island was lifted Wednesday morning.

Meanwhile, Antigua Newsroom reported on Wednesday at 4:36 that almost 100 percent of homes in Barbuda have been destroyed.

Bahamas to evacuate islands in path of Hurricane Irma