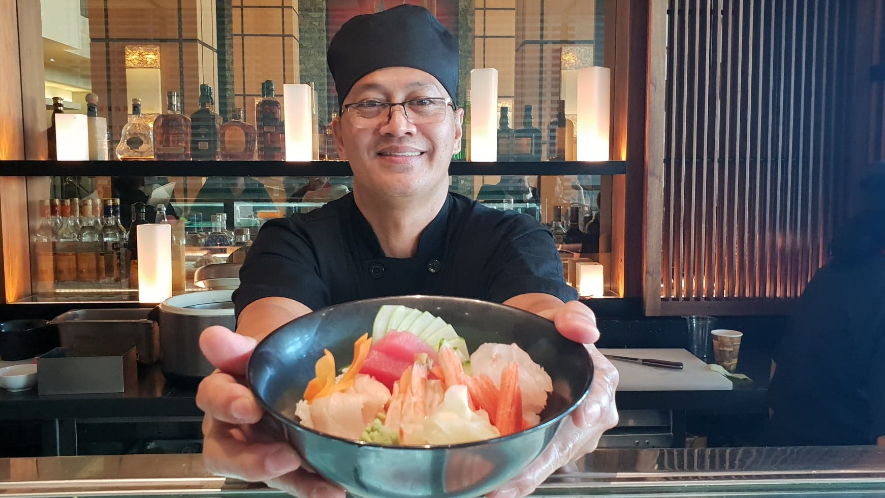 Following the end of his tenure, Hyatt Regency offered him a position where he will introduce 12-14 new items to the sushi menu which will be rolled out over the next few months.

Speaking at a private sampling event where Claro previewed some of his new items, the Filipino chef was excited to share his years of experience with his team stating "I can't wait to introduce my knowledge and share skills with some of the other chefs here."

Hyatt has built a reputation for having some of the best sushi in town. According to a Hyatt spokesperson, Claro is already a hit with guests, known for going off-menu and whipping up rolls on the spot that suit dietary restrictions or personal preference for a particular ingredient.

While no official word on when exactly the new rolls will make their debut, hotel guests and sushi enthusiasts can rest assured that their favourite rolls are not only in good hands but may even see an upgrade.

Cristiano's Bistro brings something different to the table in South