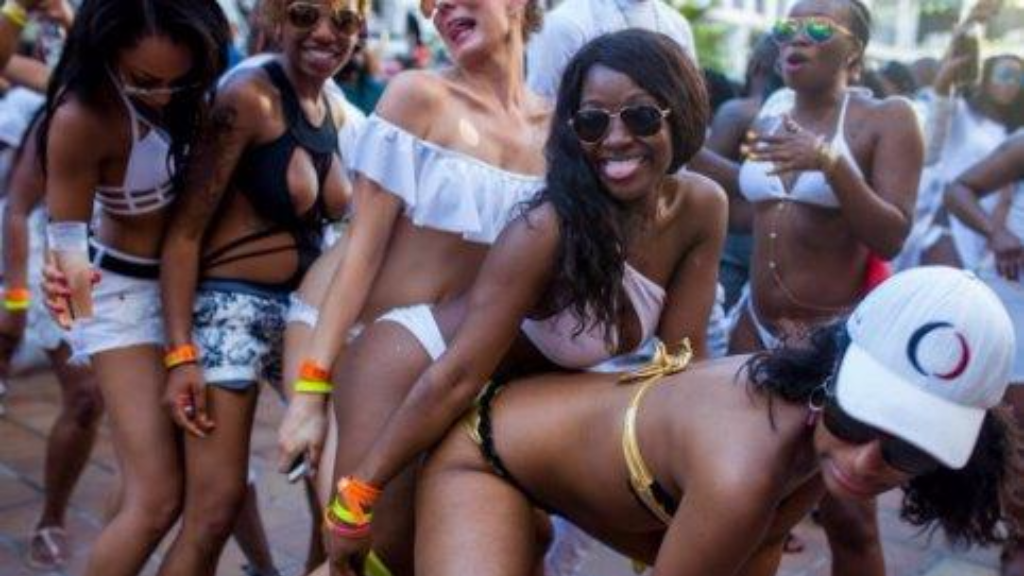 When one thinks of Ibiza, images of the young and affluent partying to a house DJ well into the wee hours of the morning may come to mind.

You’d probably find it difficult to envision the Queen of Bacchanal letting Lucy loose or Mr. Killa doing the most with a sexy rolly polly. If you can’t, get familiar because soca has a new home on the tiny Spanish island.

Held for the first time in May of this year, Ibiza Soca Festival is a four-day festival with back-to-back fetes held early morning well into the night. The marathon pump marries the music, jamishness and bacchanal of Carnival with the frenetic nonstop partying that Ibiza is famous for. Destra and Mr. Killa were joined by other artists including Voice, Skinny Fabulous, and the Ultimate Rejects.

The Ibiza Soca Festival (ISF) is hosted by a small team of soca lovers who grew up across the U.K. diaspora. The team wanted to bring soca to the party island, finding it strange that it had never been done before, given the similarities in nature between the Caribbean and Ibiza party scene.

“Ibiza is known internationally for being a party island but never really had soca, which is something we found to be a bit strange,” said ISF's team lead, David. “We thought that there was a need to bring the two brands together. We wanted to pair the fete vibe that's present in soca and the internationally renowned party scene that is Ibiza...that's how the whole concept came about."

The blending of the two concepts clearly struck a chord with patrons, as guests flew in from all over the world: United States, Paris, Amsterdam, Stockholm, Ghana, and Berlin.

What added to the appeal was the customisable packages which included 3- and 4-night passes, which gave guests access to a certain number of events as well as accommodation at Ibiza Rocks Hotel.

"It was received well for its inaugural event. The people from the island [Ibiza] really took to it. We had people across Europe and across the States. The response from the islanders and the guests who flew in was fantastic."

For many of the islanders, ISF was their first introduction to the genre.

"ISF presented the first opportunity for islanders to get acquainted with soca, so it was a completely new experience for them. The dancehall scene is something they’re more familiar with since they would have had artists like Sean Paul perform on the island previously, as well as Major Lazer."

"I don’t think there would have been ever been soca artists or events on the island, so for a first-time experience I think they thoroughly enjoyed it and it opened their eyes to a different scene."

For 2018, Ibiza Soca Festival is poised to be the next bucket list festival to attend. From May 10 to 14, guests can look forward to jouvert fetes, concerts, pool parties, an army event, as well as performances from Kes The Band, Lil Rick, and Skinny Fabulous, with more artists expected to be announced.

T&T Carnival to be showcased on E!