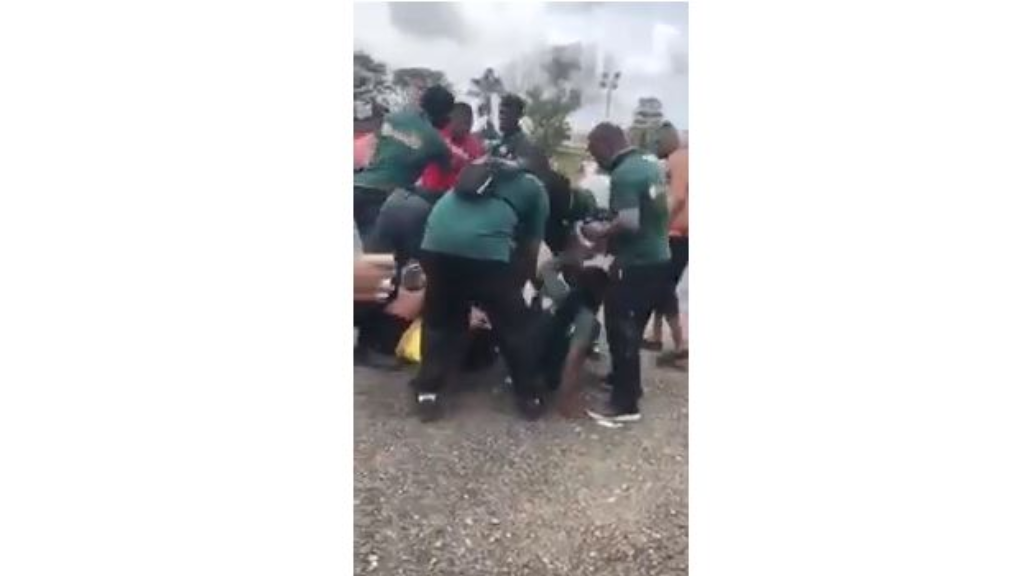 iCandy J'ouvert security in green, recorded pushing and pinning band member in yellow, down to the ground.

iCandy J'ouvert says an investigation has been launched into an incident which occurred during J'ouvert celebrations on Monday involving security guards from its band and what appeared to be a patron.

More than three male security officials were seen in a confrontation with a female band member.

The woman was pushed to the ground and was violently stomped on by one of the officials all while he was holding a Carib canned beer.

A 28-second clip of the altercation was uploaded to social media receiving condemnation from viewers, many of whom advised the victim to take legal action.

In a statement issued to its "loyal patrons", iCandy says it is aware of the melee which occurred during Monday's festivities and assures that an investigation is underway.

"iCandy J'ouvert is aware that there is a matter that is raising concerns to our patrons. The matter is being investigated. We trust that the matter will be resolved soon."

The band says it does not promote violence and is seeking to put current and potential customers at ease, that it intends to provide a safe environment for all.

US citizen robbed during J'ouvert

US Navy member assaulted during J'ouvert