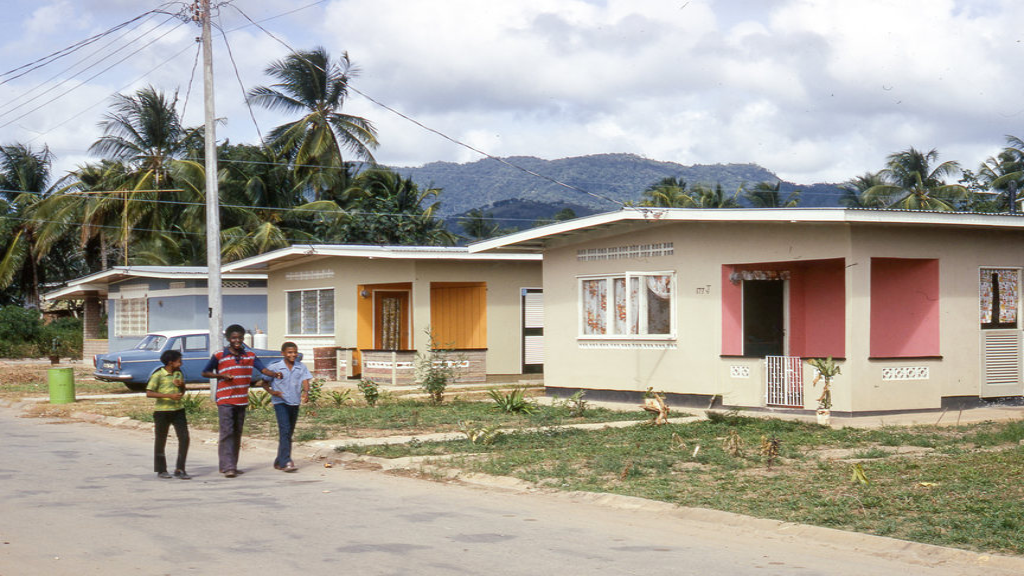 The Inter-American Development Bank (IDB) came into existence in 1959, a few years before Trinidad and Tobago achieved its independence in 1962.

The IDB was created to be more than just a Bank that writes cheques alone. It was tasked with working with Governments, civil society, academia and the private sector in Latin America and the Caribbean. 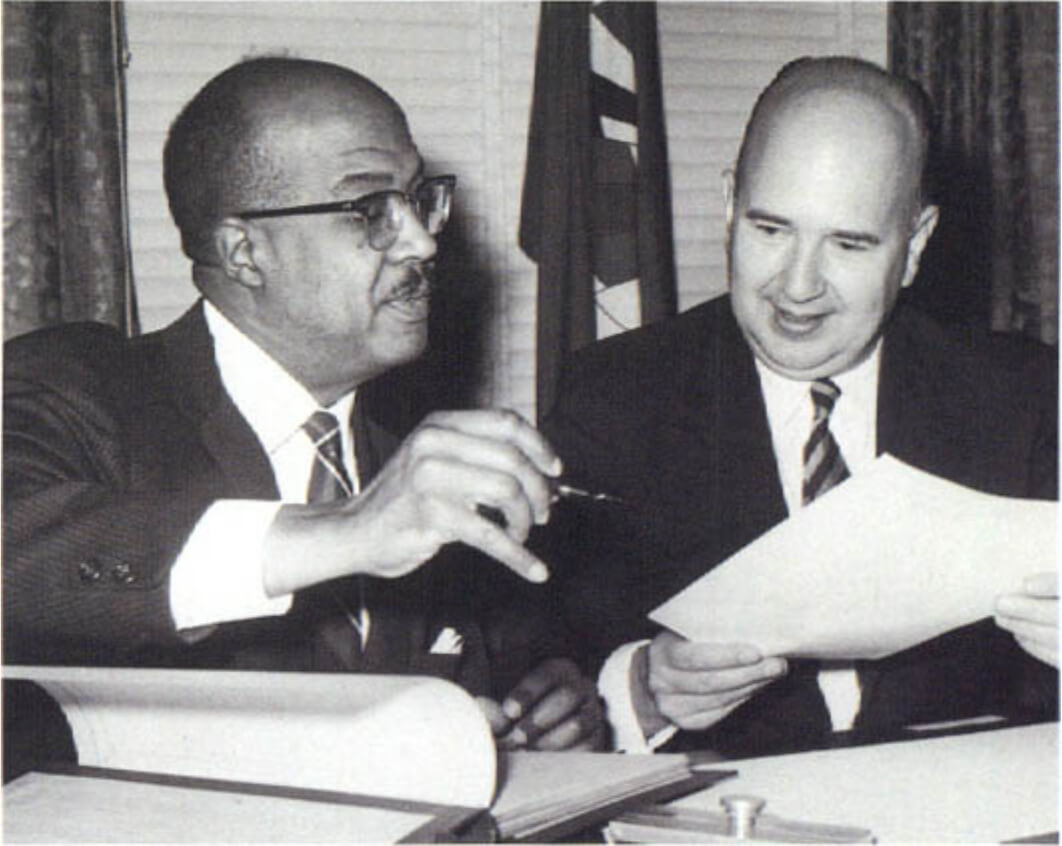 Luis Alberto Moreno, President of the IDB, believes that there is more work to be done, given the current issues of crime, migration and other factors facing the region.

“There is no doubt that people in our region live much longer, healthier and more prosperous lives today than our grandparents did. But our work is far from done. Our countries face disruptions caused by climate change, the digital revolution, international crime, migration and other forces. People are also demanding much more from their governments. They want better services, more accountability and tangible enhancements to their quality of life."

While the IDB has worked closely with governments around Latin America and the Caribbean, it is just one of the three entities that comprise the IDB Group.

IDB Invest has over US$13.1 billion in assets under management and IDB Lab has approved more than US$2 billion in projects across Latin America and the Caribbean.

The IDB remains the leading source of development finance for the region, and a source of cutting-edge research, which provides policy advice, technical assistance and training.

Since its inception, the IDB has funded more than US$250 billion in loans for projects in key sectors including transportation, energy, education, health, and water and sanitation, with an emphasis on poverty reduction to improve lives of citizens in Latin America and the Caribbean.

In its six decades of operation, the IDB has done everything from building roads to using drones to make public health services accessible to rural communities.

The IDB and the Caribbean 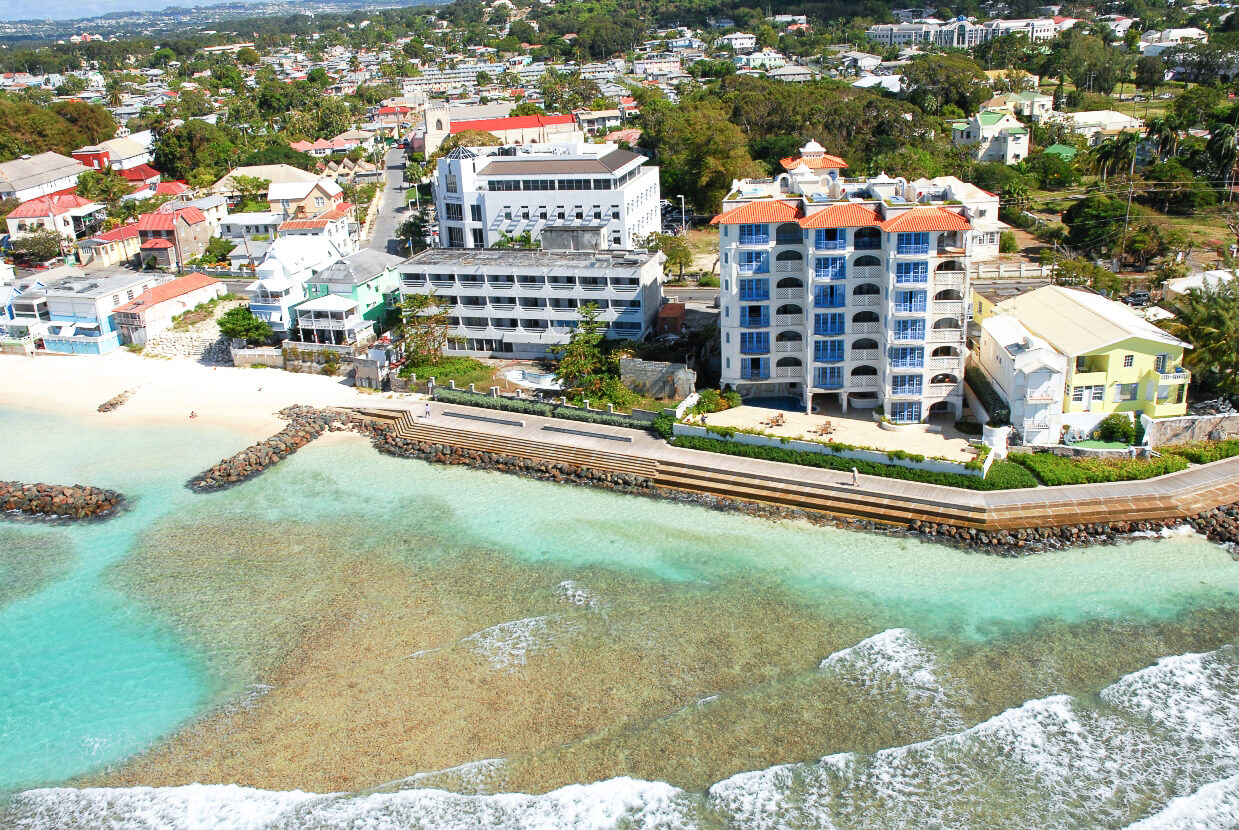 The IDB has extensively supported the rehabilitation and protection of the coastline in Barbados.

In 1967, Trinidad and Tobago became the first Caribbean country to join the IDB, making it the 21st member of a body that would grow to 48 countries.

Barbados and Jamaica became members two years later in 1969, and were followed by Guyana in 1976, the Bahamas in 1977, and Suriname, the last of the six countries that form the IDB’s Caribbean Country Department, joined in 1980.

Projects that the IDB has worked on throughout the region include modernising the land registry in the Bahamas, implementing integrated coastal zone management measures in Barbados, and improving maternal and child nutrition in Guyana.

In Jamaica, the IDB was involved in the improvement of the 98-km segment of highway connecting Ocho Rios to Montego Bay.

In Suriname, it worked with the government to roll-out low-income housing solutions.

The IDB has also stepped in to provide relief and rebuild countries following natural disasters, most recently by providing US$100 million in funding to finance reconstruction efforts in the Bahamas after Hurricane Dorian.

Improving lives in Trinidad and Tobago

The IDB has long been working with Trinidad and Tobago from its inception and for more than five decades now.

Trinidad and Tobago became a member of the Bank just five years after its independence and nine years before it became a Republic in 1976.

Between 1967 and today, the IDB has approved over US$2.2 billion for development plans of successive government administrations. These were aligned with the IDB’s corresponding country strategies.

In addition to this amount, the IDB has also provided millions (US$) in grant funding for capacity building, research, civil society and other projects that complement the work that the IDB is doing in the country.

Looking at projects implemented from the late 60s to today, some of the recurring areas that the IDB has worked on and continues to work on in the country in the decades that followed include, but are not limited to, education, housing, and health. 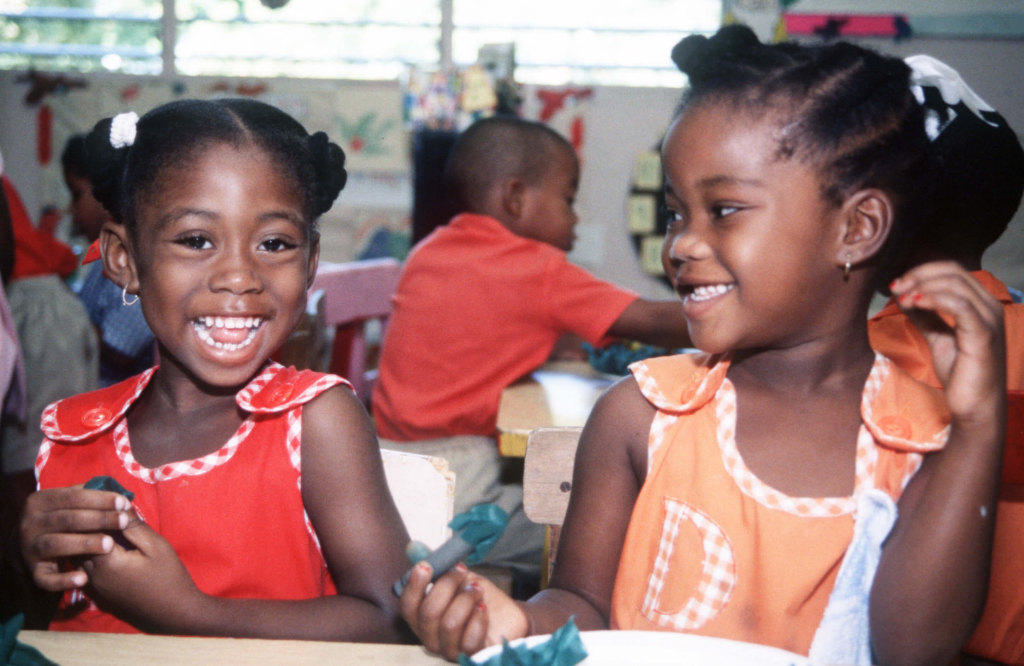 The IDB has supported early childhood education since the 70s.

The IDB’s very first project in education was launched in 1972. Over the years it has been involved in early childhood care education, educational reform at both the primary and secondary school levels, as well as vocational and tertiary programs.

In the late 90s, it partnered with the Ministry of Education to implement a robust secondary education modernisation programme that strove to improve educational equity, construction and rehabilitation of secondary school infrastructure and institutional strengthening of the Ministry.

Critical achievements of the programme included the attainment of universal access to secondary education, an enhanced curriculum for forms 1-5 students (involving the addition of areas such as technology, physical education and visual/performing arts), and the establishment of the Caribbean Vocational Qualifications (CVQs).

The first housing project was initiated in 1968 with at least four other housing operations done since then, the most recent one completed in 2018.

The very first project was done in conjunction with the then National Housing Authority (NHA), now the Housing Development Corporation, and it focused on institutional strengthening to empower the NHA to better respond to the housing needs of citizens.

Subsequent projects have involved a combination of housing grants, community infrastructure upgrading (including drainage, roadways and electrification) and self-help funding, empowering citizens to incrementally complete construction of their homes.

In the most recent endeavour, over 7000 families benefitted from the housing project. The two housing projects that preceded this one, each saw more than 6000 and 5400 families respectively benefiting from them during the 2000s and 1990s.

The focus in the health sector has been to promote better health conditions, reduce the risk of poverty associated with health problems, and support the strengthening of the health system.

In the late 90s, the IDB partnered with the Ministry of Health to improve accessibility and efficiency of primary healthcare service delivery, where it funded the renovation and construction of 22 health centres and 88 health facilities across both islands.

These health centres and facilities continue to provide a wide range of primary care services, including pre and post-natal clinics, family planning services and health screenings for non-communicable diseases such as diabetes, hypertension and prostate/cervical cancer. 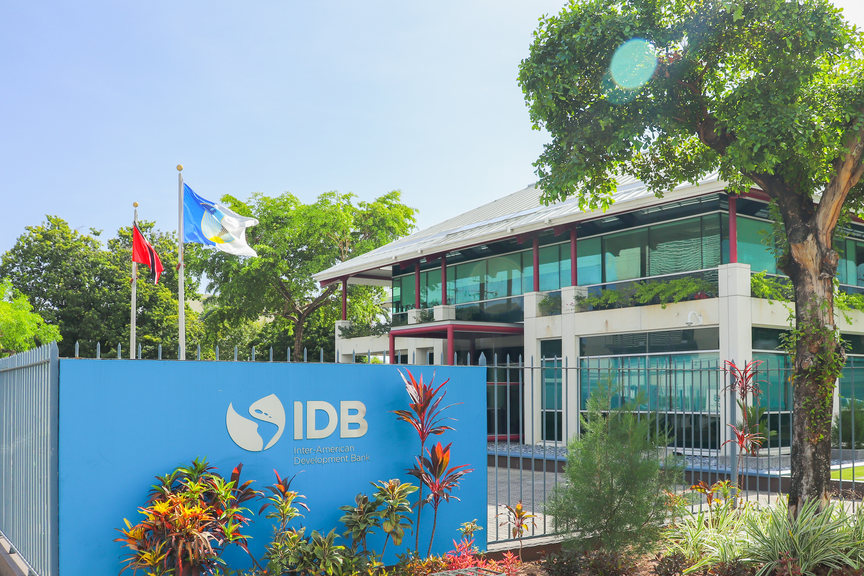 The IDB continues to respond directly to the needs of the citizens in accordance with the government’s plan for the country.

Rocío Medina-Bolívar, the IDB Country Representative for Trinidad and Tobago said the bank is at the ready and prepared to be a partner for progress.

“We are 100 percent committed to being a driving force behind research, transformation, provision of technical skills and financing projects that generate a positive impact for the country and improve the lives of its citizens.”

Looking to the future, the IDB’s vision is for the region to become the world’s first climate-smart zone through technological innovations that confront the effects of climate change as well as create spaces for the people of the Caribbean to be safe, productive and happy.

Find out more at: