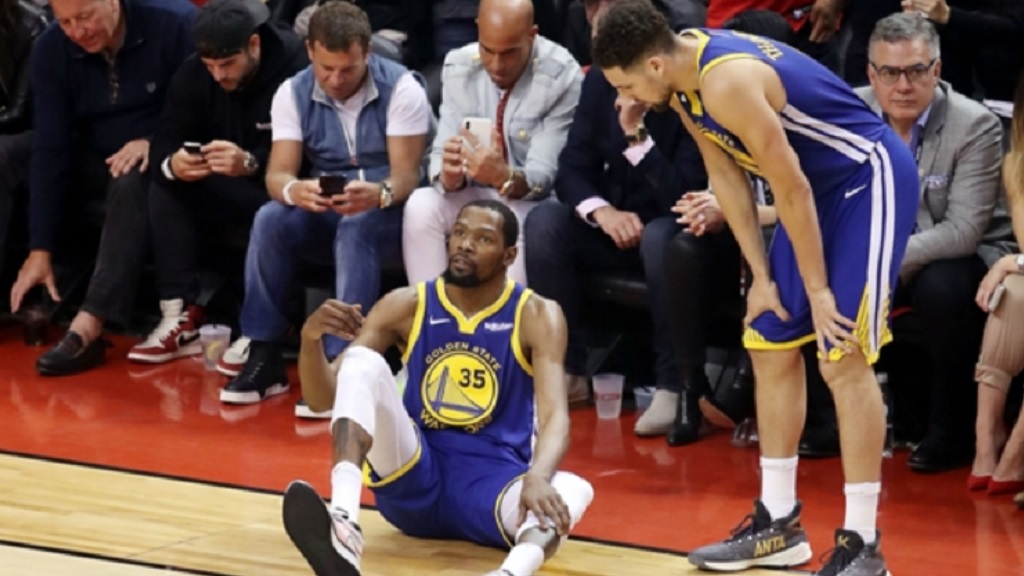 Golden State Warriors star Kevin Durant said he is "hurting deep in the soul right now" after suffering an Achilles injury in the NBA Finals.

The Warriors stayed alive in the Finals with a 106-105 win over the Toronto Raptors in Game 5 but it came at a cost following Durant's injury.

Back in the line-up for the first time in nine games after straining his calf in the Western Conference semi-finals, Durant appeared to re-injure his leg in the second quarter on Monday.

Golden State president of basketball operations Bob Myers told reporters after the game that Durant injured his Achilles, with Tuesday's MRI to determine the severity.

And Durant addressed the injury he suffered via an Instagram live post, after the Warriors reduced the Raptors' series lead to 3-2.

"But, seeing my brothers get this win was like taking a shot of tequila, I got new life."

Durant left the floor after he came up limping following a drive to the basket with a little more than 9:45 to play before half-time. He was then helped back to the locker room by team-mates Stephen Curry and Andre Iguodala.

Durant – who has been linked with the New York Knicks and Los Angeles Clippers ahead of free agency – scored 11 points on three-of-five shooting and grabbed two rebounds before exiting.

Golden State – seeking a third successive title – will host the Raptors in Game 6 at Oracle Arena on Thursday.