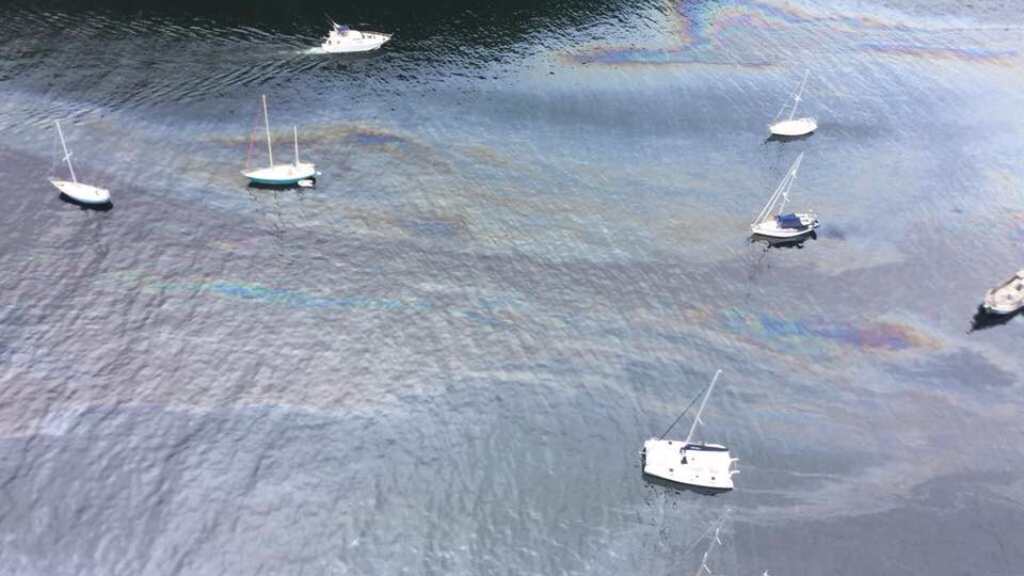 Preliminary results of oil fingerprinting analyses conducted following the recent Chaguaramas oil spill have indicated that no matches were found, but they are closing in on the culprit.

The Institute of Marine Affairs (IMA) and the Environmental Management Authority (IMA) in a joint release issued on Monday afternoon said the source of the spill is determined to be east of Point Gourde.

The authorities said samples were collected from six impacted areas along the peninsula from St. Peters Bay to Scotland Bay on October 16, 2017.

The area near Crews Inn was noted to be the most heavily impacted area.

The IMA and EMA said oil samples were also initially collected from the Rowan EXLII Rig which was initially suspected as a source and was reported as suspected by the Planning Minister, however there was no match.

They revealed that the oil fingerprinting results of the samples collected at these six sites indicated that the spilled oil was characteristic of “bilge oil” and not crude oil or a refined oil in origin.

It was also noted that oil samples were collected from two vessels off Five Islands (Secretariat and Captain Alejandro), a sinking vessel at Escondida Bay and the Sea Pioneer off Sealots.

However, the IMA and EMA added that oil samples were not collected from another potential lead the Liberty Biwater, as no representative was present at the time of sampling and the boat was deemed unsafe to board by Maritime Services Division.

They revealed that the oil fingerprints of the samples collected from these ‘suspect sources’ did not match the spill samples at Chaguaramas and noted that the investigation to determine the likely source of the spill is on-going.

The authorities said a trajectory model is being used to help identify the possible source and noted that based on the model, the source of the spill is determined to be east of Point Gourde.

The IMA and EMA added that the Minister of Planning and Development has been updated on the preliminary findings of the oil fingerprinting and was satisfied that the efforts to establish the source of the spill are being driven by scientific, evidence-based processes and not speculation.

The Minister also continues to closely monitor the progress of the investigation to ensure that all Authorities involved bring the matter to a final resolution, with the offending party being held accountable for the incident in accordance with all applicable rules, laws and regulations of Trinidad and Tobago.