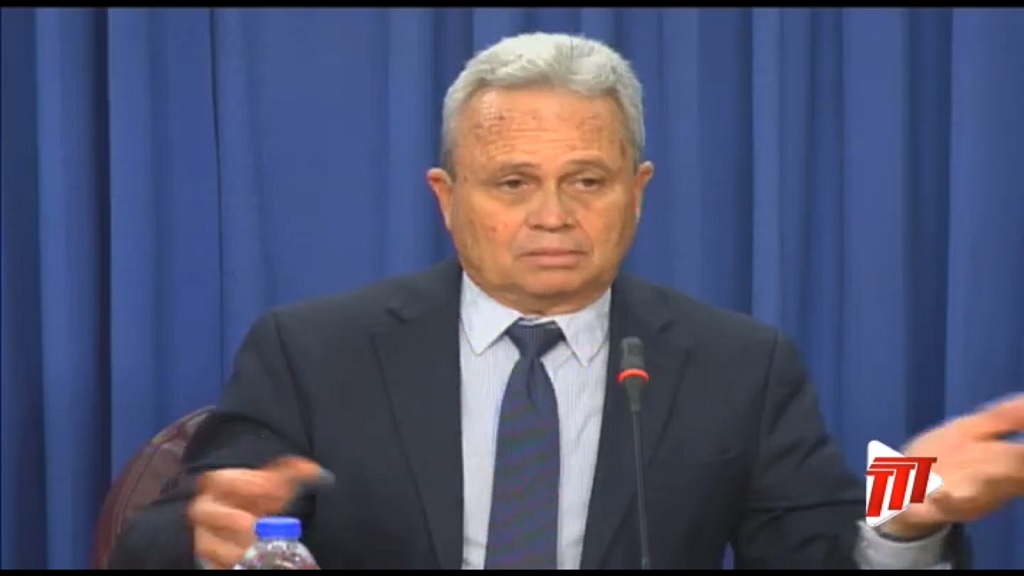 Dr Hilaire said during the launch of the Financial Stability Report 2018 on Tuesday that providing support for refugees could cost as much as $620 million.

“I have absolutely no idea how the Central Bank arrived at that number. I find the figure surprising and we at the Ministry of Finance, we don’t agree.”

The Finance Minister said the figure was ‘not rational’.

“There are many assumptions that have to be taken into account. The first assumption is the fact that 40,000 Venezuelans are not arriving in Trinidad and Tobago in 2019.”

“They’ve been here for years so if there was an economic impact it would already have been manifested within the…economy of Trinidad and Tobago.”

“For 2019 we have had 502 overstayers (according to data from the Immigration Office) and 4,070 registered with UNHCR…so if one is logical about all of this the numbers that would affect the budget of 2020 are very small.”

“It is not rational to do a calculation like that, assuming that 40,000 Venezuelans will be here tomorrow, so we do not agree with those calculations.”

He said the Central Bank governor’s calculation appeared to be based on information that the World Bank granted US$31.5 million to Colombia to assist Venezuelan refugees.

However he said comparing Colombia to Trinidad and Tobago was like comparing ‘chalk and cheese’.

“There’s no correlation...it assumed we would provide housing, education up to the tertiary level (and other provisions).

“The Ministry has already announced that it will allow Venezuelans to work and have access to healthcare, not housing and not education. You can’t compare (the two situations), it’s chalk and cheese,” he said.

“That was a very unfortunate statement…it is not scientific…(it’s) based on wrong assumptions,” he said.

He said if there was any significant economic impact it would have occurred in the previous years.

Imbert: We don't need foreign aid at this time

Imbert added that government does not need any foreign aid for the Venezuelan refugee crisis at this time.

“We believe we can handle our own situation, we do not need foreign aid at this time. Foreign aid comes with conditions, it’s not free, there are conditionalities associated with all foreign assistance,” he said, adding that that was a matter for Cabinet to decide.

His response comes after a statement from the Ministry of National Security that there had been no acceptance of any financial aid from any international organisation regarding relief efforts for Venezuelan refugees.

In March 2019, USAID announced that it would be channelling US$1.6 million for programmes to assist with providing aid to Venezuelan refugees living in Trinidad and Tobago.

The agency said the programmes would begin in September 2019.