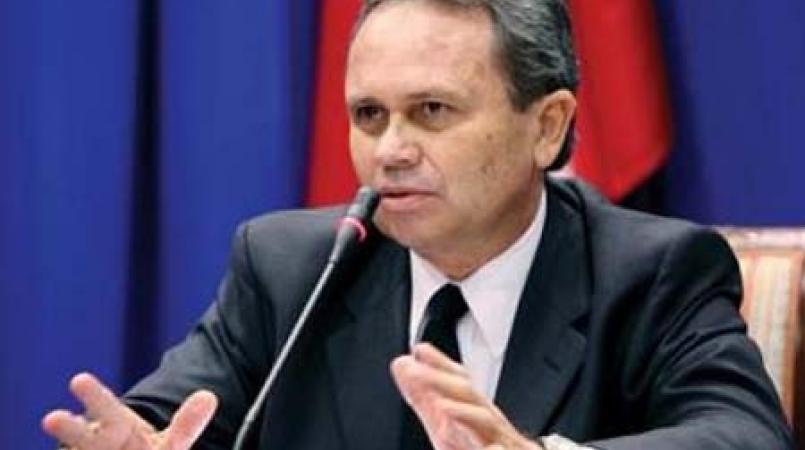 Finance Minister Colm Imbert is labelling as ‘inaccurate and misleading’ an article in the Trinidad Guardian Newspaper, written by Curtis Williams on Tuesday.

The Minister, in a statement issued on Tuesday, says based on his conversation with the Chairman of the Paria Fuel Trading Company about this article, he found that the Chairman was misreported and that this Guardian article is malicious and designed to create controversy and strife.

The article quotes the Chairman of the Paria Fuel Trading Company as stating that with respect to the purchase of imported fuel, it is a fight to make the Government understand that it has to pay its bills and it must pay them on time.

“The false impression created in the article is that the Paria Fuel Trading Company has approached the Ministry of Finance for funding for the importation of fuel and has been turned away by officials in the Ministry of Finance, who either don’t care or don’t understand the commercial realities of the fuel importation business. The reporter also falsely and sensationally claimed that the Paria Fuel Trading Company could be on a collision course with the Government.”

Imbert says this is impossible because the company is owned by the Government and thus cannot be on a collision course with itself over payments by itself to itself.

“Indeed, nothing could be further from the truth. There has been no request made by the Paria Fuel Trading Company to the Ministry of Finance with respect to advance payments for fuel or funding for the importation of fuel.”

The statement said it is the Ministry’s understanding that Espinet had a conversation with the reporter involving theoretical “what-if” scenarios about what might or might not happen if funding is not made available to the Paria Fuel Trading Company on a timely basis.

It added that the reporter “disingenuously” converted these theoretical scenarios into a false reality as if they were already occurring.

“The Ministry is bewildered as to why a senior journalist would resort to such a questionable practice. For the record, the Government fully supports the transformation and restructuring of Petrotrin and the new arrangements for the importation of fuel, and is providing, and will provide, the Paria Fuel Trading Company with whatever financial support it requires in the transition from a manufacturer of fuel to an importer of fuel. The hysteria in the Guardian article is thus baseless, unfounded, inaccurate and malicious.”

Three to be charged for stealing equipment from local oil company