Imbert hits back at critics, defends OWTU's acquisition of refinery 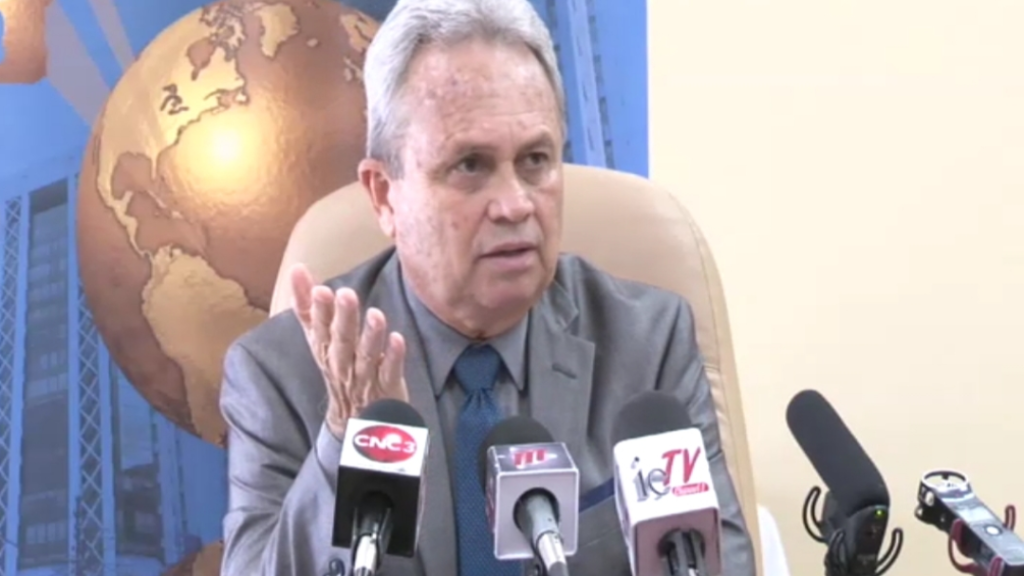 Finance Minister Colm Imbert has defended the government's decision to select Patriotic Energies and Technologies Company Ltd to take over the Point-a-Pierre refinery at the cost of US$700 million.

In a media conference on Wednesday, Minister Imbert reiterated that the OWTU-owned company was shortlisted and eventually chosen because it outbid its competitors and presented the most lucrative proposal. He said the organisation demonstrated its ability to raise finance and was also experienced in marketing. More importantly, Patriotic Energies presented a restart date of 12 months, the shortest among its rivals.

On the question of how Patriotic Energies - after only being incorporated at the end of 2018 - was able to afford to purchase the refinery, Minister Imbert said the Government decided to defer what was intended to be an upfront payment.

"We decided as a Cabinet that we would give them three years. We just felt it would guarantee the success of the restart of the refinery if Patriotic was not burdened with that requirement to come up with upfront cash needed. We looked at it in its totality and we decided that we would not require immediate payment from Patriotic so that they could get on with the business of refurbishing and restarting the refinery."

The Finance Minister said the refinery's restart is extremely important as it has a "profound" impact on the country's Gross Domestic Product (GDP).

He also hit back at "commentators" who he said misinterpreted and misconstrued his previous comments on the matter.

"I was very clear in my statement to Parliament that we were giving Patriotic one month to present to the evaluation committee, a satisfactory and comprehensive work plan on how they intend to address all the issues I mentioned; the confirmation of financing, the business plan, any fiscal incentives they require from the Government and so on. What the commentators have misinterpreted either deliberately or otherwise, is that we are giving Patriotic one moth to fulfil these requirements, we're not. We are giving them one month to come up with a workable, satisfactory plan to fulfil the requirements."

Meanwhile, Imbert said the Government will be relieved of paying a quarter billion US a year once the refinery is started.

"We have to give Paria Fuel Trading US$20 million a month for the liquidation of fuel, US$250 million a year. If the refinery is restarted then that obligation on the part of the Ministry of Finance will disappear."