Report: Plane's braking system was non-functional at time of accident 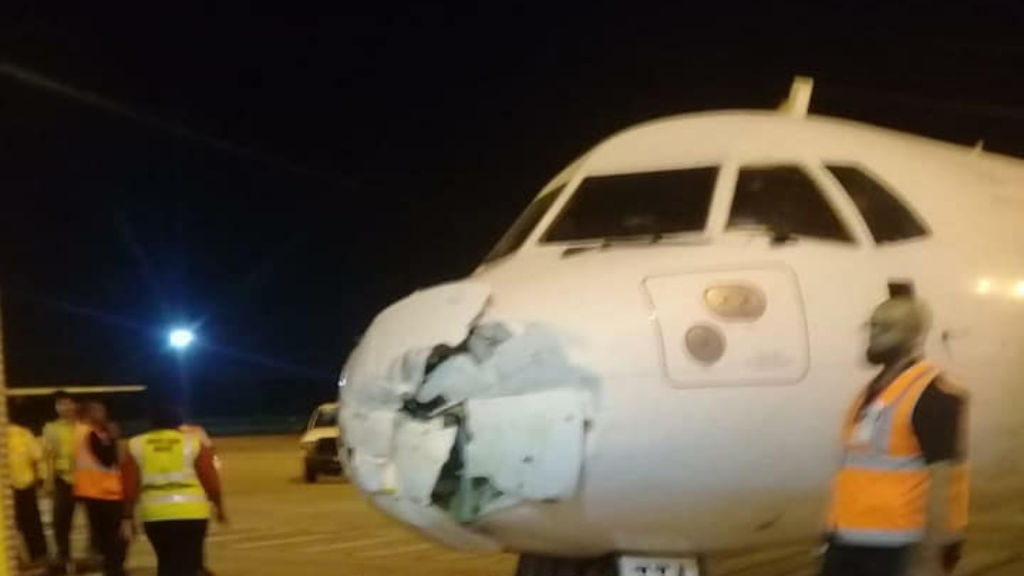 Preliminary reports indicate that the braking system was not functional when an ATR plane collided with the wall of the terminal building at the Piarco International Airport.

Finance Minister Colm Imbert made the revelation in Parliament on Friday.

Minister Imbert was responding to an urgent question as to whether an independent investigation will be conducted in order to determine responsibility for the incident.

“It was not a crash. The aircraft was being taxied by an engineer from the ramp to the hangar and during the taxiing operation, the aircraft collided with the wall of the terminal building. So it was not a crash. There were no passengers on the aircraft. The aircraft was not in service at the time. There could be many causes for this accident. Preliminary reports indicate that the braking system was not functional at the time. However, these are just preliminary reports and it would be irresponsible to speculate at this time on the actual cause of the accident until all of the investigations are completed,” the Finance Minister explained.

Minister Imbert added that the Trinidad and Tobago Civil Aviation has already commenced an independent investigation into the aircraft accident.

He was unable to give a timeline for the investigation but sought to assure that it will be done in the shortest possible time.

The Finance Minister also noted that the majority of costs will be covered by insurance.

“The Trinidad and Tobago Civil Aviation Authority, an independent institution has commenced an independent investigation into the accident. Caribbean Airlines is conducting its own investigation using its internal process and by way of additional information all of Caribbean Airlines aircrafts are fully insured so that the majority of the cost to repair the aircraft to return it to a serviceable state will be covered by insurance. The only loss will be the usual deductible on the typical insurance policy of this type,” he said.

The Minister was also asked whether it was normal for an engineer to taxi an aircraft at the time of the accident. He said he could not say, but noted that the individual was trained to taxi the aircraft by ATR at its headquarters in France.

On Thursday, the Finance Minister revealed that it would cost $US 1 million to repair the damaged aircraft.