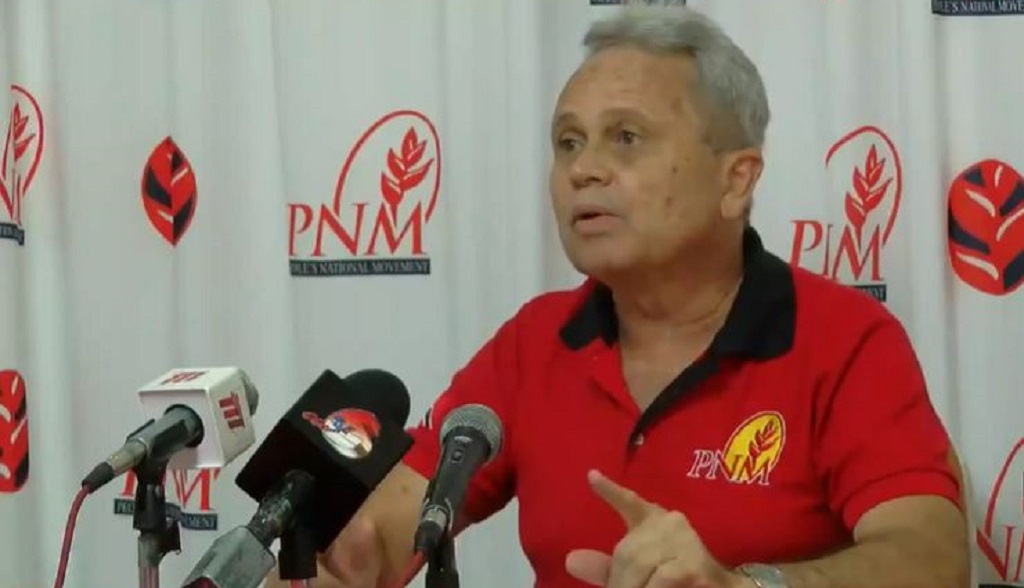 Chair of the People’s National Movement (PNM), Colm Imbert, has urged the Elections and Boundaries Commission (EBC) to speed up the recount process in the five constituencies requested by the Opposition United National Congress (UNC). This, as he accused his opponents of deliberately trying to frustrate the process.

“This cannot go on like this. I hope some sort of sentiment will build where the population will tell the UNC to stop playing the fool. It is very dishonest, it is very deceitful and it is just destructive. They should just concede.”

Speaking at a hastily called media conference on Thursday hours after the UNC candidate for St Joseph, Ahloy Hunt, held a briefing, Imbert rubbished claims of voter fraud. Hunt had raised concerns about “irregular” initials by the deputy presiding officer at the back of more than 171 ballot papers.

“It is impossible to rig the Trinidad and Tobago election because everybody involved in the process belonging to all the political parties would have to be involved in a conspiracy,” Imbert said.

Following the August 10 general election, the UNC claimed there were several inconsistencies in the polls including missing ballot boxes, incorrect initials and more, in favour of the Government.

“We in the PNM, we reject this kind of reckless behaviour. This is my ninth election I have never experienced this kind of thing... never.  When the PNM loses, we just put our tail between the legs and we crawl away and come to fight another day,” Imbert said.

The Opposition also questioned how Dr Keith Rowley declared the PNM the winner when the EBC had failed to complete its count.

Imbert explained that there are polling agents, from each political party contesting the election, in every polling station across the country. He said each agent is given a sheet which is a statement of the poll highlighting the presiding officer and ballots cast for each candidate.

This sheet underscores the number of ballots found in one box; those that were spoiled, unused, undecided, suspect and questioned. Furthermore, it notes the number of poll cards found.

At the end of the count, the document is signed by the presiding officer and each political party’s polling agent to certify that the information is correct. The polling agents usually communicate with their respective party’s head office.

The PNM Chair said this explains the Prime Minister’s declaration of victory.

“This concept that Dr Rowley somehow had some sort of inside information, (is) absolute nonsense, it’s a lie. Secondly, it is very deceitful of the UNC to pretend that they didn’t know what the results were.

They would also have known on Monday night that the PNM had gotten more votes totally, than them,” he stated.

Imbert said he believes the UNC is trying to drag out the electoral process in order to sully the country’s reputation internationally.

This was previously hinted by Dr Rowley who accused the Opposition of trying to “Guyanise” the results, referencing the five-month-long political impasse in Guyana that was only recently resolved.

“They trying to give Trinidad and Tobago a bad name because they know that all this foolishness they talking about - somebody thief ballot boxes and the signature of the presiding officer is wrong - that this would be published internationally,” Imbert lamented.

Recounts are ongoing in the La Horquetta/Talparo, San Fernando West, St Joseph, Tunapuna and Toco/Sangre Grande marginal seats that were lost by the UNC. A recount was requested by Progressive Democratic Patriots (PDP) leader, Watson Duke, for Tobago East but he conceded on Wednesday.

Earlier on Thursday, the Police Service announced an investigation into reports that polling cards were found in a bushy area at Pinto Road, Arima. Unlike ballots, polling cards do not directly affect the election results.

Vasant: ‘In any other country, Young would be fired’