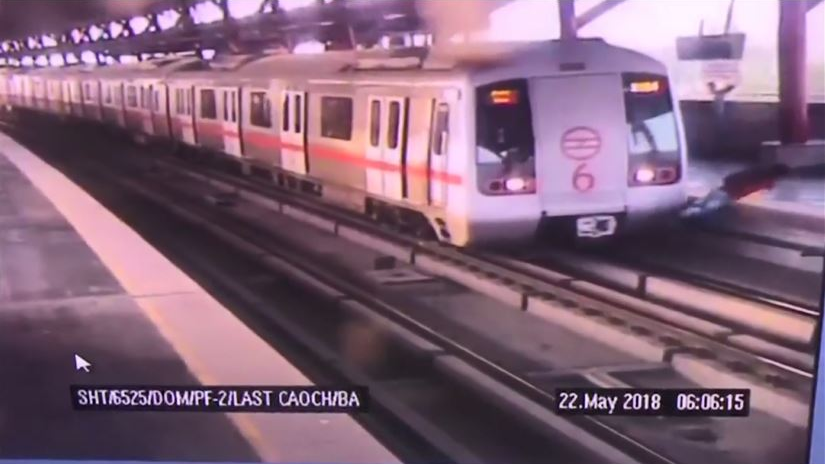 This is the incredible moment a train halts to save a man who was crossing the tracks.

The incident occurred in New Delhi on May 22.

Mayur Patel, 21, was waiting to catch a Delhi Metro train when he realised that he was on the wrong platform.

CCTV footage at the Shastri Nagar station shows him jumping down on the tracks and crossing them to catch a stationary train on an adjacent platform.

But as Patel gets in front of the train, it starts moving, and he scrambles to get on to the platform.

The alert driver applies brakes to stop the train but not before knocking him down.

Patel, who was not hurt, was detained by the Metro officials. He told them that he had just come to Delhi and it was his first ride in the Metro. "I did not know how to get to the other platform," said Patel.

The officials fined him for the offence and let him go.

Crossing tracks in Delhi metro stations is an offence and can draw a fine of Rs 500 (GBP 5.50) or a prison sentence of up to 6 months.

Watch: Toddler lying down on escalator gets hand stuck

WATCH: Indian man lies on tracks as train runs over him