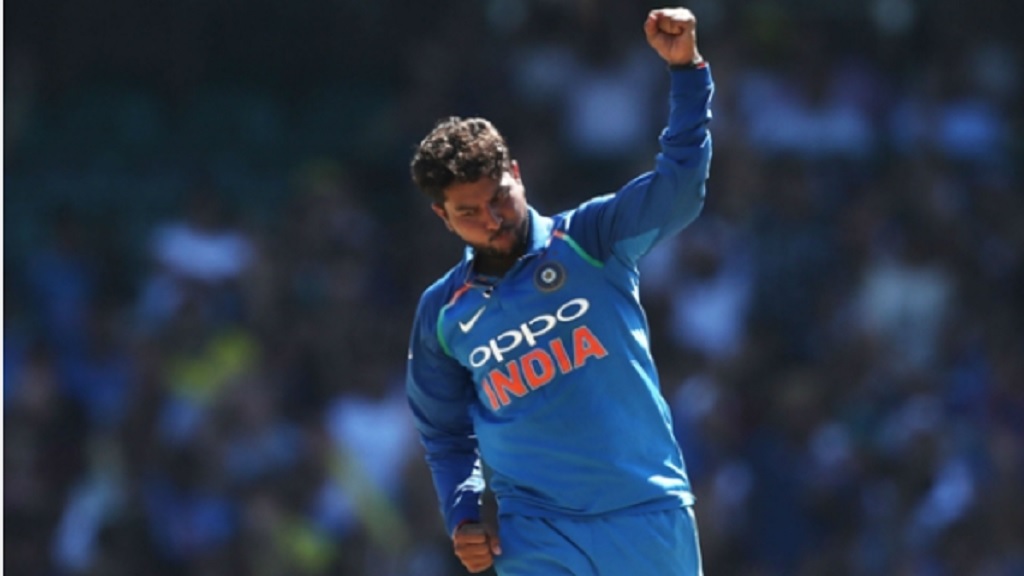 Kuldeep Yadav built on the excellent work of India's batting unit as Virat Kohli's side thumped New Zealand by 90 runs at Mount Maunganui to move 2-0 up in their five-match One-Day International (ODI) series.

An opening stand of 154 between Rohit Sharma (87) and Shikhar Dhawan (66) gave the tourists a perfect platform on Saturday, before the rest of the top six provided handy contributions in a total of 324-4.

New Zealand slumped to 166-8 in reply as Kuldeep (4-45) picked up four wickets in his first six overs.

A defiant, counter-attacking 57 from Doug Bracewell, who had never previously made an ODI fifty, delayed the inevitable but the Black Caps were still dismissed for 234 in the 41st over.

Rohit was fortunate to survive a magnificent first over from Trent Boult, the batsman edging the opening ball of the match between the wicketkeeper and a lone slip fielder who was positioned wide.

However, Rohit and Dhawan - who returned to form with an unbeaten 75 in the first ODI - were soon in command, both finding the boundary with regularity in a partnership that spanned 25.2 overs.

The Black Caps pulled things back impressively in the second half of the innings, with Kohli (43 from 45 balls), Ambati Rayudu (47 off 49) and MS Dhoni all kept in check.

However, late acceleration from Dhoni, who was dropped on 29 off Colin de Grandhomme before finishing unbeaten on 48 off 33, and Kedar Jadhav (22 not out off 10) boosted India and New Zealand's chase never got going.

Kane Williamson provided brief fireworks, smashing 16 from three Mohammed Shami balls before chopping on two deliveries later, but the hosts were undermined by regular dismissals as they slipped to 100-4.

Kuldeep then took centre stage, claiming the next four wickets to fall including the scalps of Henry Nicholls and Ish Sodhi with successive balls in the 31st over.

At that point, Kuldeep had 4-15, but his figures took a hit late in the innings as Bracewell clubbed five fours and three sixes in an entertaining bout of resistance.

India to rest Kohli from back end of New Zealand tour