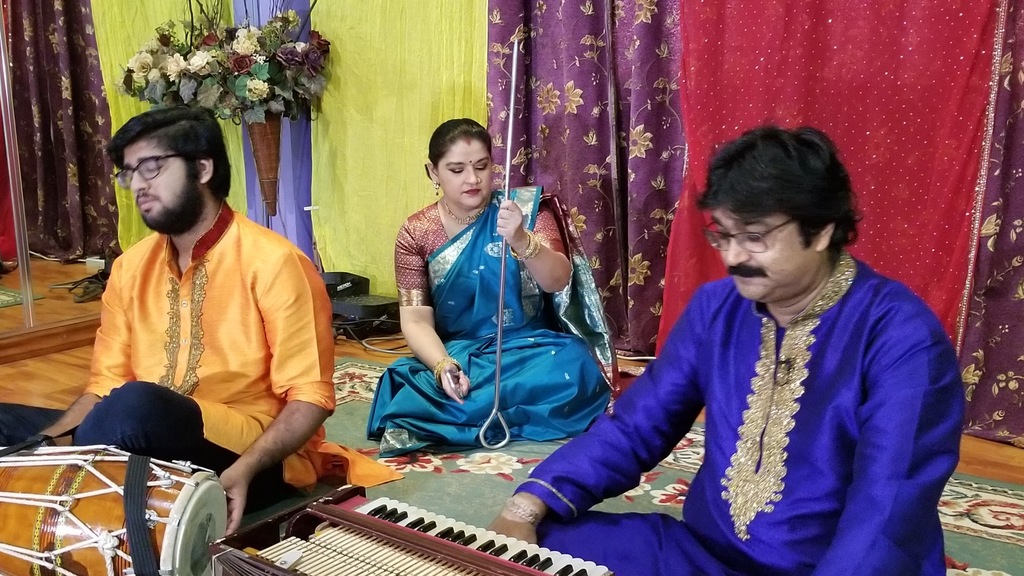 Rana Mohip with his son and wife, Susan.

The East Indian community today celebrates the 175th anniversary of the arrival of their forefathers to Trinidad as Indentured Labourers.

The national observance this year also marks the 100th anniversary of the abolition of Indentured labour.

In recognition of these milestones, Loop takes a look at how some aspects of East Indian culture have evolved to become part of our national landscape and the people who are working hard to preserve the culture.

In this second installment, we travel to Sargam Studios in Gasparillo where Rana Mohip, musician, instructor and Director of Sargam Studios spoke to us about instruments used in Indian music and the evolution of the music in T&T.

One of T&T's leading musicians, Mohip won a scholarship in 1987 to study a BA in Hindustani Classical Music in India at the Gandharva Mahavidyalaya. He also completed his Masters under the tutelage of Shri Vinod Kumar and Shri Madhup Mudgal and also learned the tabla for five years under the guidance of Guru Kulbhusan Bhargava.

Currently a Senior Instructor of Indian Classical Music at the Academy of the Performing Arts at the University of Trinidad and Tobago, Mohip is also a composer who has contributed to many recordings and dance items.

In 2006  he launched his orchestra, the Sargam International Orchestra.