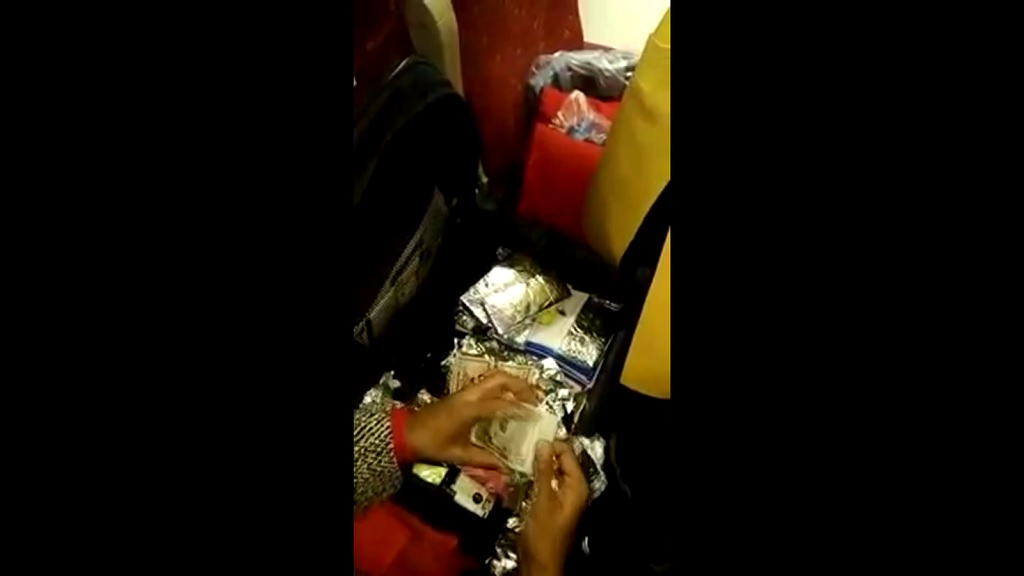 An Indian flight attendant has been arrested for allegedly trying to smuggle out nearly US$500,000 out of the country.

Acting on a tip-off, Directorate of Revenue Intelligence (DRI) officials intercepted a Jet Airways flight leaving Delhi for Hong Kong at 2am January 8.

They searched the baggage belonging to an air hostess, Devshi Kulshreshtha, 25, and found wads of $100 bills, which had been tucked below cosmetics and shoes. The notes had been packed in foil to evade the x-ray scanner.

Kulshreshtha was arrested and put before a Delhi court on today (January 9).

In a statement, the DRI officials said they found $480,200 wrapped in foil in her possession.

Kulshreshtha was allegedly working with a New Delhi resident named Amit Malhotra, who ran a network to smuggle currency.

Malhotra would collect money from bullion dealers in Delhi and send it abroad through her. The money was then brought back to India in the form of gold.

Malhotra, who had befriended Kulshreshtha six months ago during a flight to India, has also been arrested.

The DRI suspects that a few other crew members of Jet Airways may also be involved in the smuggling racket.

New Yorkers strip off for annual 'no pants subway ride'

Agency says it will hold 'parties accountable' for JFK flood