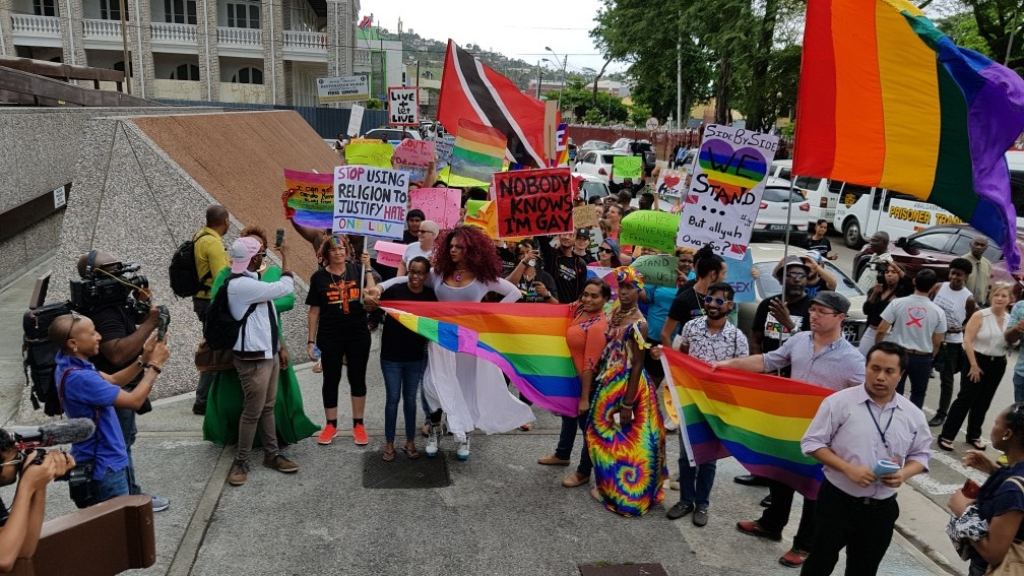 Photo: Supporters and members of the LGBTQI+ community celebrated on April 12, 2018, after Trinidad and Tobago's High Court ruled in a civil suit filed by activist Jason Jones that the country's laws criminalising gay sex are unconstitutional. A final ruling on the matter was scheduled for September 20, 2018.

Jason Jones, the appellant in the matter against the State, said he was honoured that the case was referred to in India's Supreme Court.

"I could not be more proud to see my name and Trinidad & Tobago being used to help free MILLIONS of LGBT people in India from the shackles of criminalisation. A great moment for me, my legal team, our Country and our Judiciary," he said.

According to a report by First Post, A five-judge Supreme Court bench was called to hear petitions challenging India's sodomy laws involving sex between two adults of the same gender.

In 2013 the Indian Supreme Court upheld laws which upheld the criminalisation of gay sex, however, in January 2018, the Supreme Court said it would reconsider this judgement.

Five persons filed a petition in 2016 challenging Section 377, and the matter was referred to the Supreme Court bench.

One of the arguments for the removal of the sections of law which criminalised gay sex looked at Section 377, which stated "Whoever voluntarily has carnal intercourse against the order of nature", was that it supported Judeo-Christian norms of morality.

Senior advocate Arvind Datar cited the case of Jason Jones vs Attorney General of Trinidad and Tobago, saying there is nothing against the order of nature in same-sex acts.

The matter continues in the Indian Supreme Court this week.

After those are actioned, Justice Devindra Rampersad said a final ruling would be delivered on September 20, 2018.