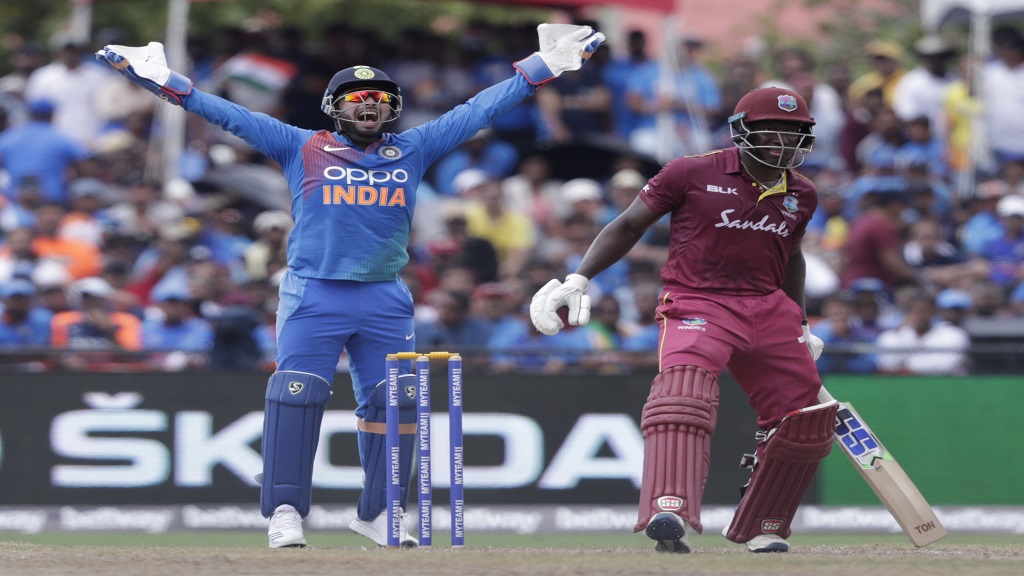 India cricket great Sunil Gavaskar celebrated his 70th birthday on July 10. In two years he will mark another milestone, the 50th anniversary of his test debut against the West Indies in the Caribbean.

In 1971, Gavaskar hit four centuries in four test matches against the Windies, averaging a whopping 154.80 runs. His exploits prompted calypso singer Lord Relator of Trinidad to write a song in his honor. The chorus featured the lyrics, "Just like a wall, we couldn't out Gavaskar at all."

The original "Little Master" is back for another tour of the West Indies, but this time his role is as a TV analyst, not an opening batter. The man who scored more than 10,000 test runs, with 34 centuries, has watched with pride as India has ascended to the No. 1 world ranking in test cricket. But Gavaskar has also looked on in dismay as the once-dominant Windies — feared for its fast bowling attack — slumped in the world rankings.

India's 14th cricket tour of the West Indies began with Twenty20 matches Saturday and Sunday in Lauderhill, Florida. India won both matches — by four wickets Saturday and by 22 runs Sunday — in front of animated, near-sellout crowds featuring about 90 per cent India fans, most of them decked in the team's blue and orange "Oppo India" jerseys.

Jigar Patel, who was born in Gujarat in west India but now lives in Philadelphia, traveled to South Florida from Pennsylvania along with 18 friends to see their beloved team. "I've been following India cricket since I was in the womb," said an excited Patel, who plunked down $140 for tickets to each match.

The tour will head to the Caribbean for one more T20 match in Guyana, three one-day matches (one in Guyana, two in Trinidad) and two test matches (in Antigua and Jamaica). It's not only an opportunity for Gavaskar to reminisce, but also a chance for West Indies to maximize revenue potential with the world's top team visiting the region. It's no coincidence that four matches were scheduled for Trinidad and Guyana, where there are large populations of people of South Asian origin.

"We lost about $20 million U.S. last year," said Johnny Grave, CEO of West Indies Cricket. "With India here now and England visiting in the year, we are on pace to earn about that same amount this year. Hopefully crowds like this (in Florida) will come out in Guyana and Trinidad."

The India and West Indies cricket teams have had somewhat of a symbiotic relationship since their first meeting, on Nov. 10, 1948, in Delhi. Gavaskar says the two regions have an indelible bond, especially considering both were once under British rule and learned the game from their colonial masters.

"I had the most enjoyable time in that first test series in 1971, and not just because of what I did on the field," Gavaskar said. "I made a lot of friends. The people of the West Indies love life, and I feel a connection to them."

Gavaskar clearly will be supporting India, but he also wants to see the West Indies become a power again in the sport — just as it did from the late 1970s through the 1980s with its star players were admired throughout the cricketing world.

"The way the West Indies played against England earlier this year showed they are getting to grips to becoming (successful) again," Gavaskar said. "Their bowlers need to get their length right, more so than their line. They showed against Pakistan in the World Cup they can be effective with the short ball."

As for India, Virat Kohli and his national team are enjoying the trappings of success and the revenue impact of the world's second-largest population. The national team boasts an array of corporate sponsors, including Nike. Its main sponsor, Oppo — a Chinese mobile communications network — will be soon replaced by BYJU's, a Bangladesh-based educational technology app.

The India team travels in a chartered plane featuring nonstop first-class service, and the players are showered with perks. That is a far cry from India's first tour of the West Indies in 1953, when the team flew 10 hours to London, then boarded a small cargo vessel for a two-week trip to Barbados, during which most of the players endured severe seasickness.

The team is now financially healthy, and the West Indies cricket fraternity hopes its friendly rivals will help spread the wealth.