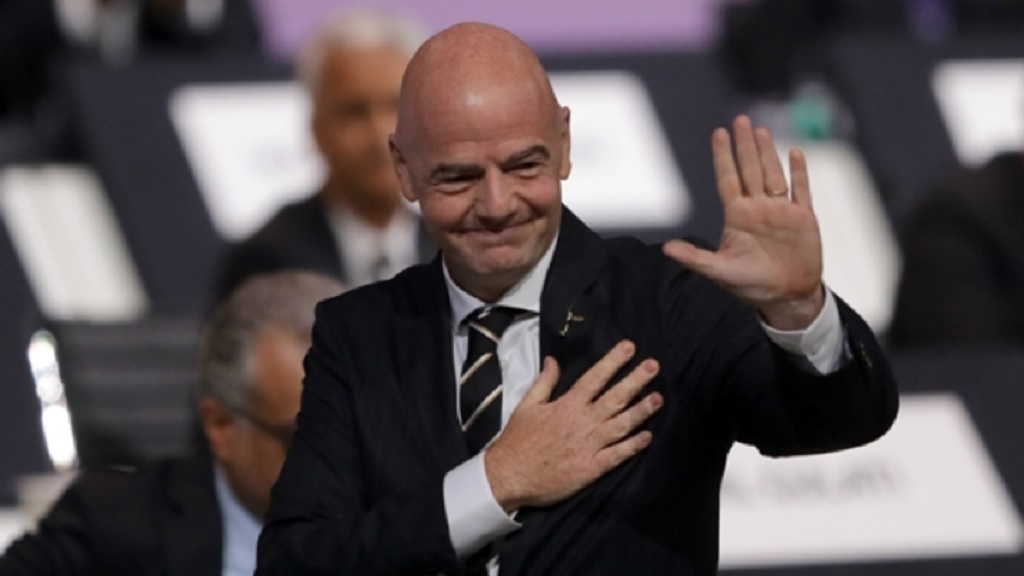 Gianni Infantino will continue as FIFA president until 2023 after being re-elected unopposed.

A second term for the former UEFA secretary general was approved by acclamation at the FIFA Congress in Paris on Wednesday.

Infantino, who succeeded Sepp Blatter in February 2016, was the sole individual to successfully submit their candidature for the position prior to the February 5 deadline.

"All those who love me, all those who hate me, I love everyone today," an emotional Infantino said in address to the FIFA Congress.

"I am humbled by your trust and by your confidence, and I'm honoured to serve you and to serve FIFA."

On Tuesday, Ceferin condemned Macron's public criticism of proposed changes to the Champions League, which would see the top 24 of 32 competing clubs automatically qualify for the following season's competition.

"No decision in France is taken without general assemblies," Le Graet said.

"France's voice should always be heard through our general assemblies. There shouldn't be interference from anyone else, regardless of who this is.

"So I would also like to thank UEFA for its trust and UEFA can count on France to be disciplined in the best way possible.

"We can talk face to face about things we are less happy with, or happy with, and we can talk with you very honestly, and we appreciate the trust that has been put in us."

FIFA bans Chelsea from signing players through next season