To Infinity: Toy Story Land opening at Disney in Florida 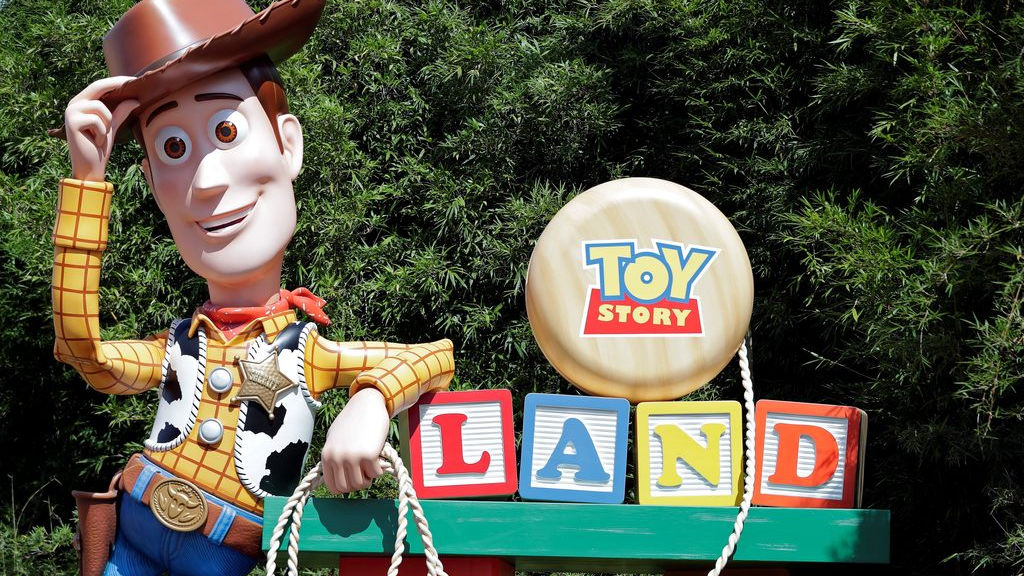 For children of the mid-1990s, Disney's new Toy Story Land offers the opportunity to visit the imaginary world they grew up in. For their parents, it brings back sweet memories of a magical time of toys and make-believe. And for everyone else, the new theme park land offers a whimsical experience from the moment a nearly 20-foot (6-meter) statue of Sheriff Woody welcomes guests as if they are honorary toys in Andy's backyard.

"We are welcoming everyone who has ever dreamed of being a part of their own 'Toy Story,'" said Bob Chapek, Disney's chairman of parks, experiences and consumer products, speaking Friday at an opening ceremony.

The new 11-acre land inspired by the movie "Toy Story" opens to the public Saturday at Disney's Hollywood Studios just outside Orlando.

Tim Allen, the voice of Buzz Lightyear in the films, made a surprise guest appearance at the Friday event. "Somehow you never imagined you would be able to play in Andy's backyard," Allen said. "This is just amazing." 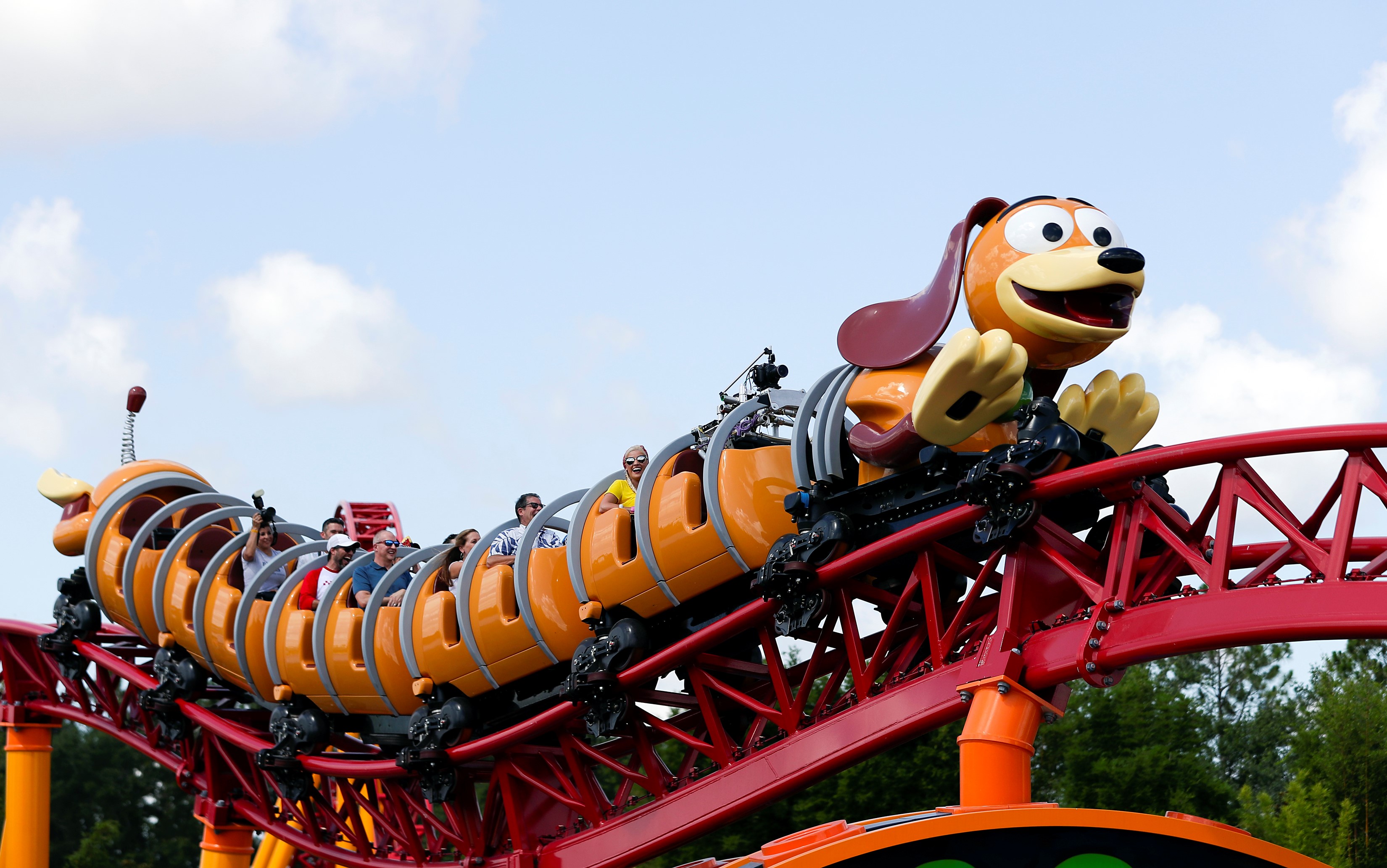 The opening of Toy Story Land is one of the most anticipated events at US theme parks this year. And it continues Disney's tradition of bringing movies to life. Last year, Pandora-World of Avatar opened at the Florida theme park. Next year, lands themed on "Star Wars" open at Disney parks here and in California.

But visitors to Toy Story Land will never actually lay eyes on Andy, the human boy who owns the toys in the "Toy Story" films. According to the park's storyline, he's just been called inside by his mother, leaving his toys — and you — scattered in the backyard.

But you will find other favourite characters —Sheriff Woody, Buzz Lightyear, Jessie, Slinky Dog, Mr. Potato Head and the Green Army Patrol — in the brightly coloured land, along with two new rides: Slinky Dog Dash and Alien Swirling Saucers. They join the pre-existing Toy Story Mania ride, which has been one of the most popular attractions at Hollywood Studios since it debuted in 2008. Toy Story Mania gets a colourful new entrance in the new Toy Story Land.

Once inside, guests "magically make a transition," appearing to become equal in size to a toy because of the scale of the attractions, said Minichiello. In fact, he added, "you are about the size of the Green Army Men." 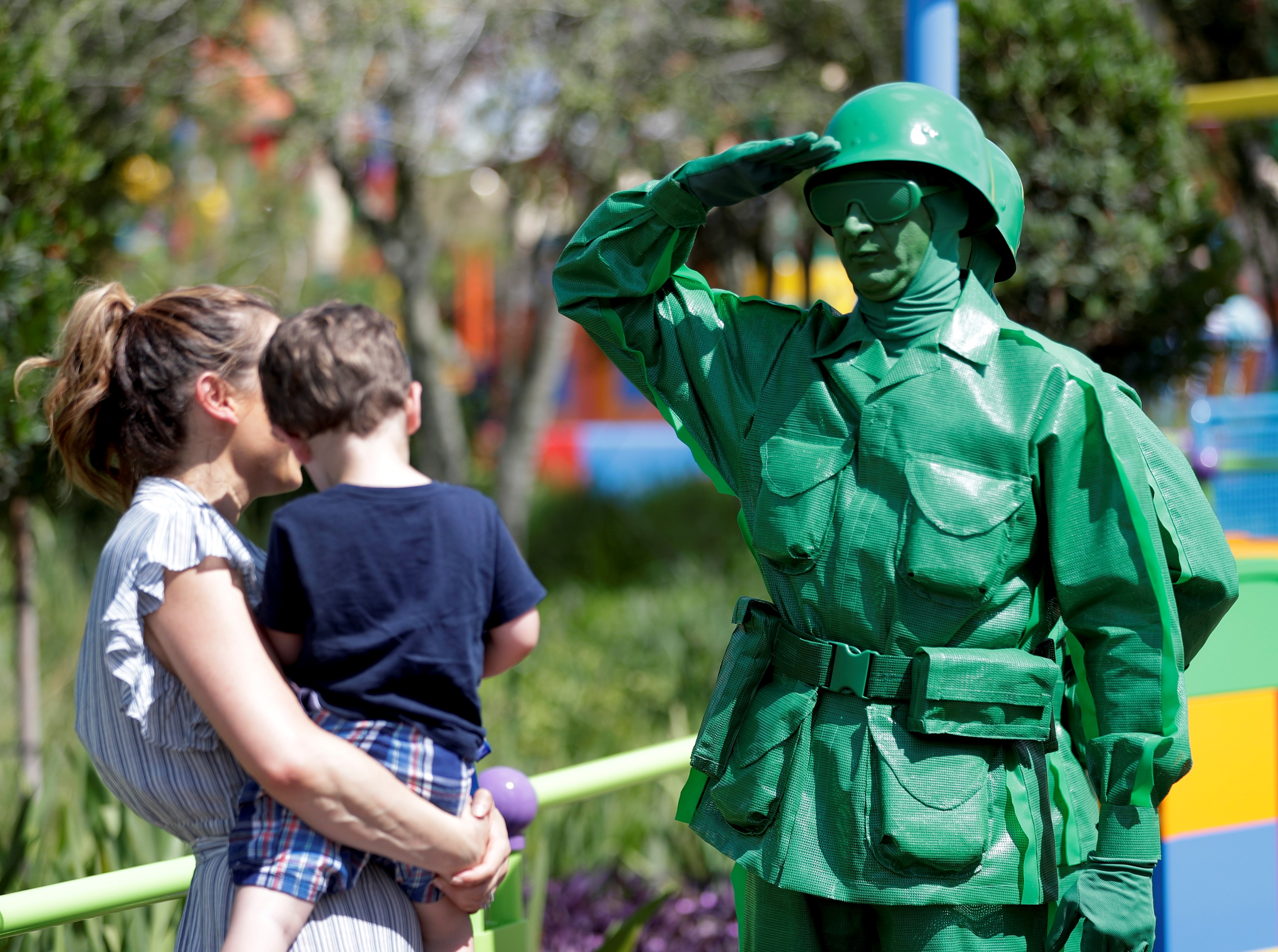 The movie's Green Army Men are called the Green Army Patrol here. They have been updated to be more inclusive and diverse — including female characters. They also interact with guests throughout the park, saluting and even performing fun games like "Sarge Says," inspired by the classic children's game "Simon Says."

In addition to the rides and characters, the Woody's Lunchbox eatery offers some modern-day twists on classic foods. There is the three-cheese grilled cheese sandwich, a brisket melt, old-fashioned soda floats and other refreshments which can be ordered from a walk-up window fashioned out of Andy's vintage lunchbox and thermos.

"We wanted to make this for all generations," Minichiello said. "As you walk through you'll probably discover a lot of toys you played with as a child."

There's a little bit of something for everyone, said Tom Vazzana, show director for Toy Story Land entertainment. "Buzz and Woody and Jessie ... are out on the avenue," interacting with guests, stopping for photo opportunities and signing autographs.

Toy Story Land is the result of a collaboration between the Disney Imagineers and their storytelling partners at Pixar Animation Studios, said Chapek. "This new land will place guests inside the wondrous world of Woody, Buzz and their pals," Chapek said, "and invite everyone to experience the joy of being a toy."