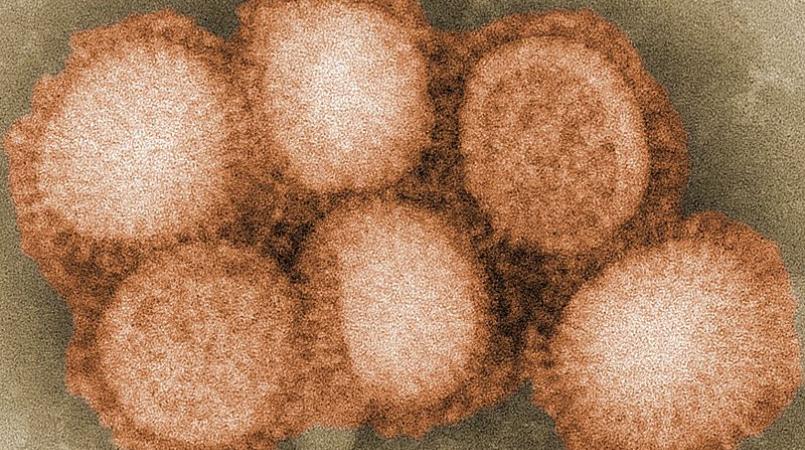 Dominican health authorities have confirmed that the country is currently experiencing a surge of influenza cases, namely the H3N2 AND H2N2 viruses.

In a statement released Monday, the ministry confirmed there is currently an outbreak of acute respiratory infections in Dominica.

National Epidemiologist, Dr Shalauddin Ahmed, confirmed that the outbreak is affecting all seven health districts and has become more pervasive in the Roseau health districts.

He says ongoing investigations have shown that patients suffering with the flu during this outbreak are infected with H3N2 and H2N3 viruses.

“In the beginning we have seen clinical presentation more like the par influenza type 2 and later in the outbreak we are seeing influenza flu….this is more similar to influenza type a (H3N2).”

Dr Ahmed encourages members of the general public to get vaccinated as he says the Ministry of Health has invested heavily in costly flu vaccines.

The Ministry has ensured that flu vaccines are available at all health facilities for people most at risk for developing complications from the viral infection.

He says further vaccination is imperative as there are normally two major flu seasons in Dominica, this being the first and the other normally expected around the month of February.

“There is a flu vaccine available and every health facility has this vaccine. This is especially for those under five years and above 65 years.”

Children under five years and persons suffering from diabetes, heart problems, asthma, HIV/AIDS, and cancer or taking steroid medications are at a risk of developing complications from the flu and should contact their health care provider as soon as possible if they become ill with the flu.

Dr Ahmed warned on the dangers of home remedies for babies suffering with the influenza without doctor consultation.

In order to control the spread of this flu, the general public is asked to take necessary measures to protect themselves and others.

About the Influenza A (H3N2) Variant Virus

The US Centre for Disease Control and Prevention (CDC) says influenza A H3N2 variant viruses (also known as “H3N2v” viruses) with the matrix (M) gene from the 2009 H1N1 pandemic virus were first detected in people in July 2011.

The viruses were first identified in U.S. pigs in 2010.

The most up-to-date information about H3N2v cases, hospitalizations, and deaths reported to CDC is available at: Case Count: Detected U.S. Human Infections with H3N2v by State since August 2011.

Infections with H3N2v have mostly been associated with prolonged exposure to pigs at agricultural fairs.

Limited human-to-human spread of this virus has been detected in the past but no sustained or community spread of H3N2v has been identified at this time.

It's possible that sporadic infections and even localized outbreaks among people with this virus may occur.