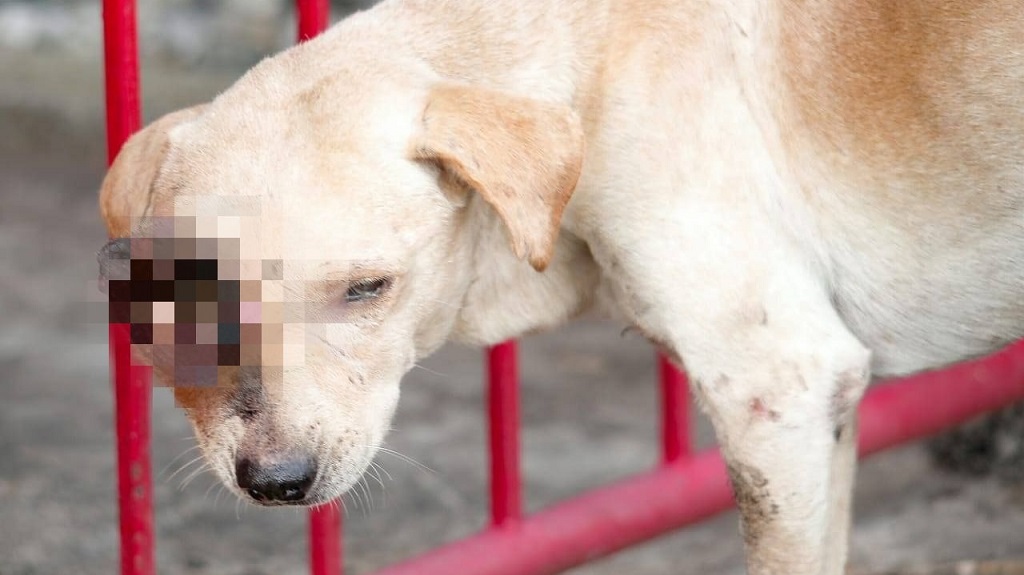 Animal welfare groups are asking for help in finding a dog in Arima which was spotted with a gruesome head injury.

The photo, shared by animal welfare page ‘Venus: Doggess of Love’, showed a dog with a gaping head wound filled with maggots.

The animal had been spotted in Arima near Green Street and the organization, which is based in Tobago, was unable to collect the dog and therefore shared the photo online in the hope that someone else might see and rescue it.

“A concerned citizen in Trinidad sent Venus: Doggess of Love this photo tonight. She saw this dog this afternoon on Green Street, Arima, near the fire station. At the time she could not help.

“How can a dog exist in this state when people are passing by it daily? Do you look into its eyes and not see that it needs help?

“As Venus is in Tobago nothing can be done other than to share the post in hopes that some kind soul in Trinidad will go asap (or has already gone?) to look for the dog and get him or her to a vet and determine the best and swiftest course of action. Venus has also forwarded the image and info to others who may be able to assist.

“If you do, please keep us updated,” the group said.

Citizens commented under the photo that they visited the area on Tuesday and were searching for the injured animal, however up to Tuesday at 10:00 am the dog had not been found.

In an update around 10:00 am Tuesday, the group said the dog had still not been found but urged anyone who saw it to let them know.

The group said many people have been offering to donate money for its treatment.

Anyone with information on the dog is urged to reach out to the group on Facebook at https://www.facebook.com/VenusDoggessOfLove/

In another incident, animal welfare group the Animal Rescue Organisation said it is taking care of a dog which was cruelly slashed in his eyes.

The group was informed that it is likely the dog was injured in this way so that it would not be recognisable, as it may have been stolen for breeding purposes.

Anyone wishing to help with medical care for this dog is urged to contact the group on 665-8857 or contact the Animal Welfare Network on 279-3265. 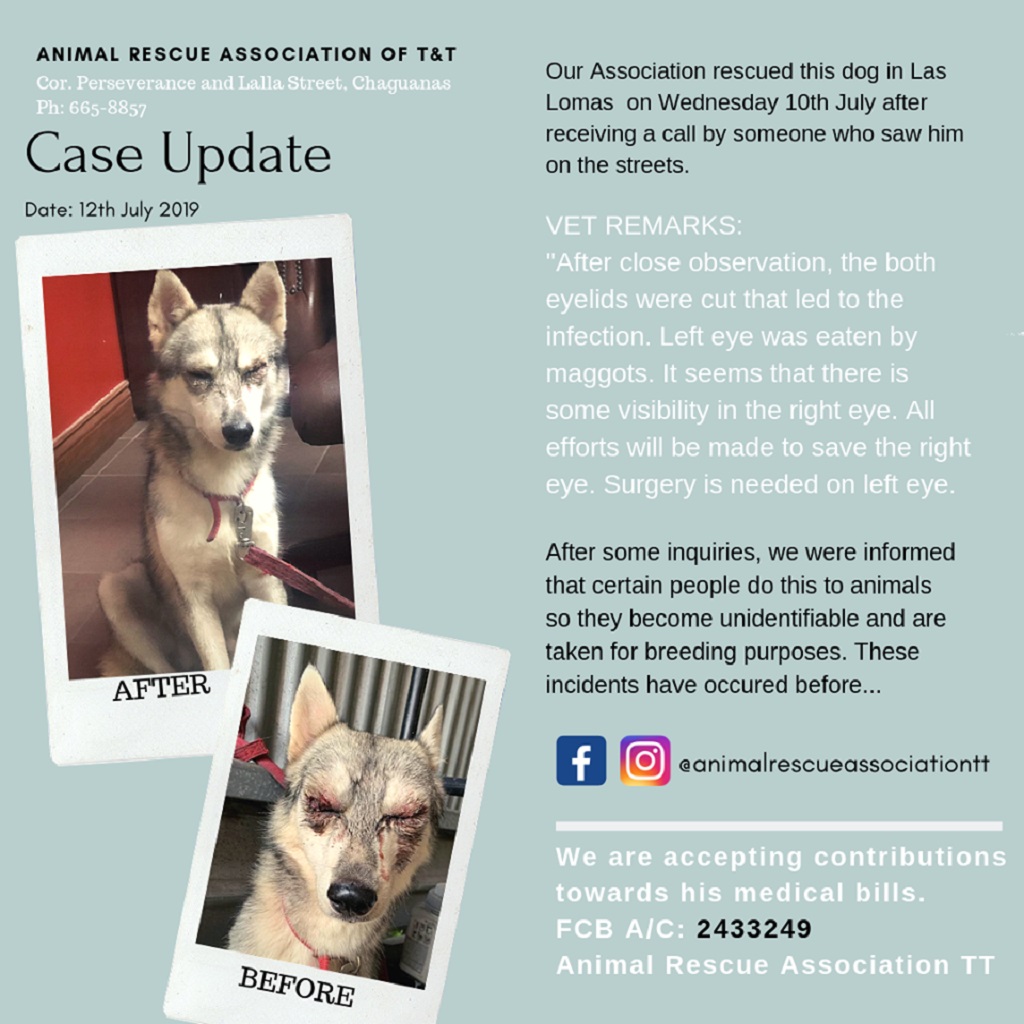 Citizens are calling for a stronger response to animal cruelty.

Camille Hernandez-Ramdwar: "If someone does not intervene this dog will die....please someone, help!"

Shane N Rishma: "I don’t know what to say, I just don’t, it saddens me to see people can treat animals like this! Or allow such to happen."

Janneil Merritt: "I literally have not seen this kinda thing in years wthhh,if someone can pick him up il donate to getting that cleaned out omggg.Could u imagine that pain and those bastards eating out your face and nobody to help god my stomach."

Alisha Mohammed Cezar: "Something really wrong with this thing you call humans all I can say his don't sleep and karma is a b**ch mark my words persons out there harming these animals."

Animal cruelty is punishable by law: Under the Section 79 of the Summary Offences Act, anyone found guilty of ill-treating any animal is liable to a $400 or two months jail time.

Police Commissioner Gary Griffith said earlier this year that he would be cracking down on animal cruelty through specially assigned officers who would be tasked with dealing with these matters.