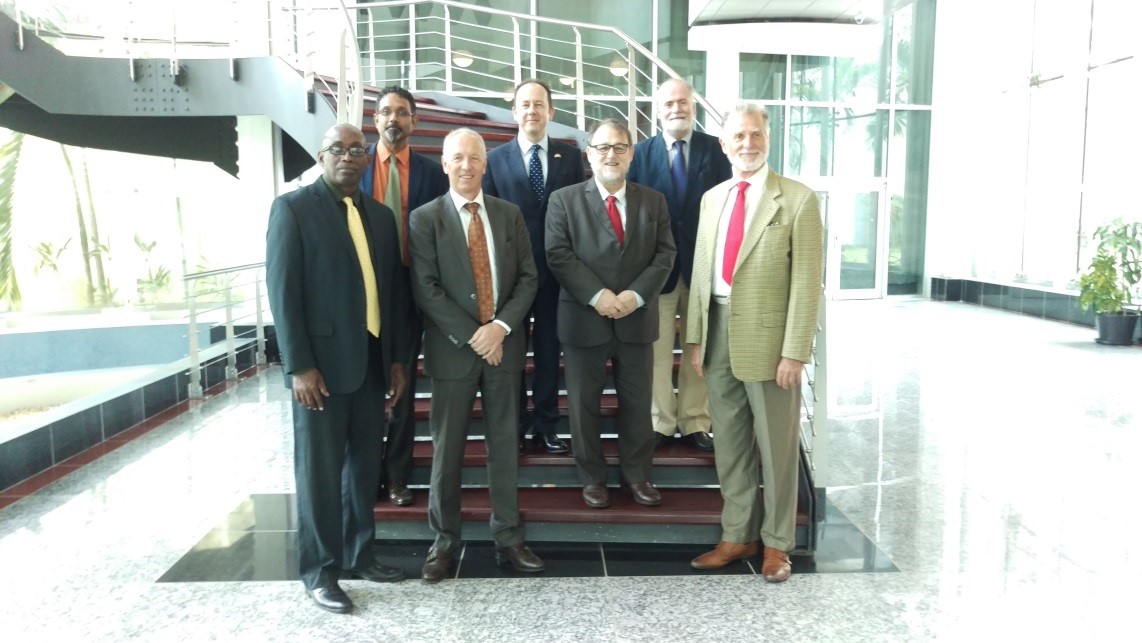 This was one of the key points raised by InvesTT during their presentation of Tamana InTech Park to members of the Delegation of the European Union to Trinidad and Tobago on May 4, 2017.

In a release, InvesTT revealed that the Tamana InTech Park spans 1100 acres in eastern Trinidad and is positioned to be a high profiled commercial centre for technology and innovation.

The presentation which was aimed at highlighting business opportunities at Tamana, was hosted by newly appointed President of InvesTT, Christopher Lewis.

In his inaugural address, he assured the delegation that InvesTT is ready to assist EU businesses to set up at the Park and in Trinidad and Tobago.

According to the release, the mission of InvesTT, an agency under the Ministry of Trade and Industry, is to attract, facilitate and retain investments in Trinidad and Tobago. The Agency also has the responsibility to secure local and international tenants for Tamana InTech Park.

Currently, Tamana has 20 fully serviceable land lots varying in sizes from 1 acre to 21 acres available for lease. The Park offers a competitive lease rate of US$3.25 per square meter with the added incentive of a reduced rate of US$3.00 per square meter for the first five tenants. The entire first floor of the Flagship Office Complex which comprises 9,098 square meters is also available for lease. These spaces and other key features of the Park were viewed by the delegates during a tour guided by InvesTT’s sales team. They also had the opportunity to disembark the vehicle and view Moriche Palm trees – indigenous only to Trinidad and Venezuela. Thirty percent of the Park is dedicated to the Moriche reserve.

While emphasis is being placed on the important role of Information Technology in realising the vision for the Park, it is not the only industry targeted to create enabling clusters at the Park. Other industries of interest are High Value Manufacturing, Financial Services, Business Process Outsourcing and Data Centers.

This tour follows a previous visit by the Diplomatic corps to T&T in February which was hosted by Senator the Honourable Paula Gopee-Scoon, Minister of Trade and Industry.

Businesses operating in the above mentioned industries interested in establishing offices at the Tamana InTech Park may contact Mr. Sekou Alleyne, Manager Investor Sourcing at 225-4688 ext 2268. Further information on the Park can also be obtained from its website www.tamana.com.