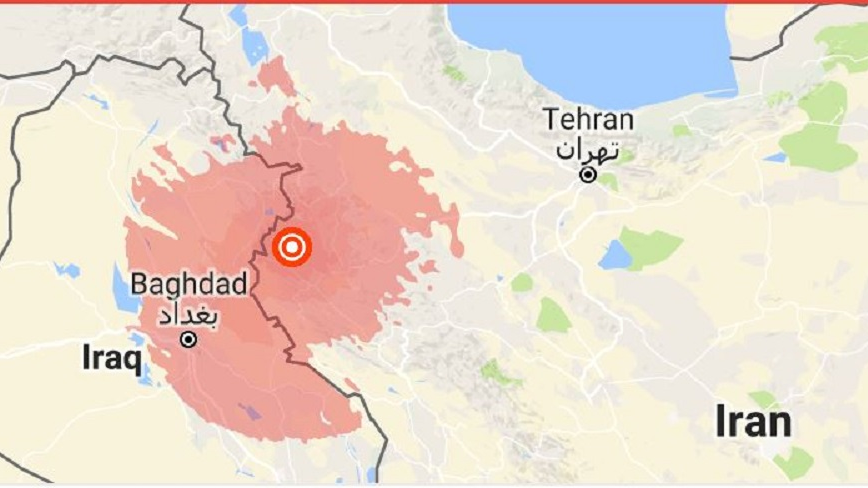 Iran was jolted by a series of moderate and light earthquakes on Sunday and there were reports of 26 people sustaining slight injuries in one of the locations.

The first temblor, measuring a magnitude of 4.6 rocked the town of Ruydar, in Hormozgan province, earlier in the day. The town is located some 940 kilometers, or 580 miles, south of the capital, Tehran.

It was followed shortly after by a 5.4 magnitude aftershock, according to the United States Geological Survey. Iran's semi-official news agency had initially reported the magnitude at 5.7.

In the afternoon, a 5.9 magnitude quake rocked an area in western Iran near the border with Iraq in Kermanshah province.

All three earthquakes were shallow at under 10 kilometers, or 6 miles, deep, making them likelier to cause damage than casualties.

The governor of Karmanshah, Houshang Bazvand, told state television that 26 people had been reported injured in the earthquake and they received outpatient treatment, and that some houses suffered partial damage.

The head of the country's agency that handles responses to emergencies and natural disasters, Pirhossein Kolivand, told state television helicopters were surveying the mountainous region, and that hospitals in nearby cities and emergency centers were standing by in case more injured people were found.

Iran sits on major fault lines and is prone to regular earthquakes. A magnitude 7.2 quake hit western Iran in November, killing more than 600. In 2003, a 6.6 magnitude quake flattened the historic city of Bam, killing 26,000 people.