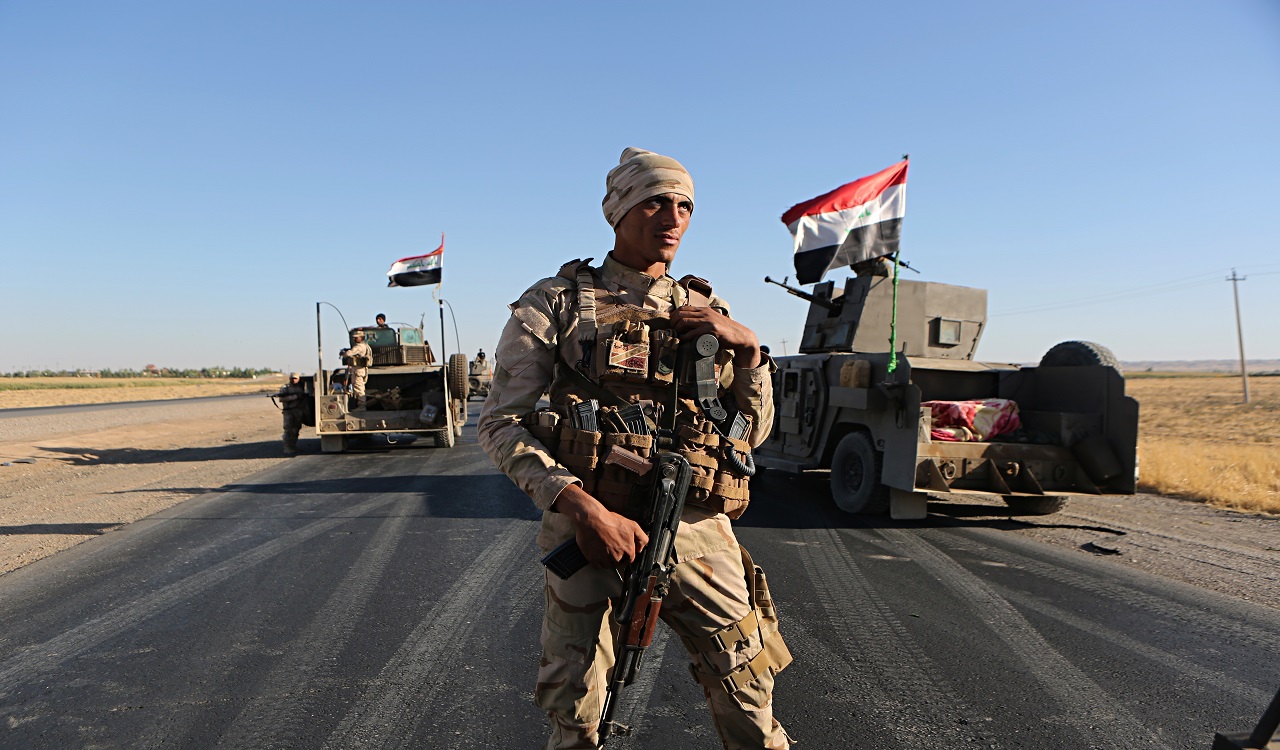 In this Oct. 19, 2017 file photo, Iraqi security forces gather outside the Kurdish-held city of Altun Kupri on the outskirts of Irbil, Iraq. The U.S.-led coalition said Friday, Oct. 27, 2017 that a cease-fire has been reached between Baghdad and Iraq's Kurdish minority, temporarily halting clashes that followed a controversial vote on Kurdish independence last month.

Iraq's Prime Minister on Friday issued a 24-hour suspension of the movement of troops who are deployed in Iraq's north to bring territory held by Kurdish forces back under federal control.

The order was given to "prevent clashes and bloodshed between the sons of one nation," Haider al-Abadi said in a written statement.

The announcement follows conflicting reports from the U.S.-led coalition that a cease-fire had been reached between Kurdish forces and troops deployed by Iraq's central government.

After initially announcing a cease-fire, the Coalition said the statement was incorrect, but added talks were ongoing.

Escalating tensions between Irbil and Baghdad erupted in violence earlier this month following a controversial referendum on independence held by the Kurds in September.

Clashes broke out when federal forces retook the disputed city of Kirkuk and other areas outside the autonomous Kurdish region that the Kurds had seized from the Islamic State group. IS conquered those areas after sweeping across the country in 2014. Most of the Kurdish forces withdrew without a fight after Iraqi troops moved in, but reports of low-level clashes continued and tensions remained.

The Kurdish referendum on support for independence was held in September in the three provinces that make up the Kurds' autonomous zone, as well as in a string of territories claimed by Baghdad, but at the time controlled by Kurdish forces.

Iraqi Prime Minister Haider al-Abadi demanded the annulment of the vote and the transfer of border control and other infrastructure to federal forces.

Kurdish officials offered this week to "freeze" the results of the vote, but al-Abadi rejected the offer Thursday.

Also on Thursday, Iraq announced an offensive to retake the last major pocket of IS-held territory, on the western edge of the sprawling Anbar province. Al-Abadi said in a statement that the operation aims to liberate the towns of Qaim and Rawa, adding that the militants must choose "death or surrender."

Coalition officials have warned that tensions between Baghdad and Irbil are "distracting" from the fight against IS. Dillon said Thursday referendum fallout was making it difficult to move military equipment across Iraq and into Syria.

The Latest: US general says Iraq dispute impedes IS fight