Iraqi commander says 300 IS fighters holed up in Mosul 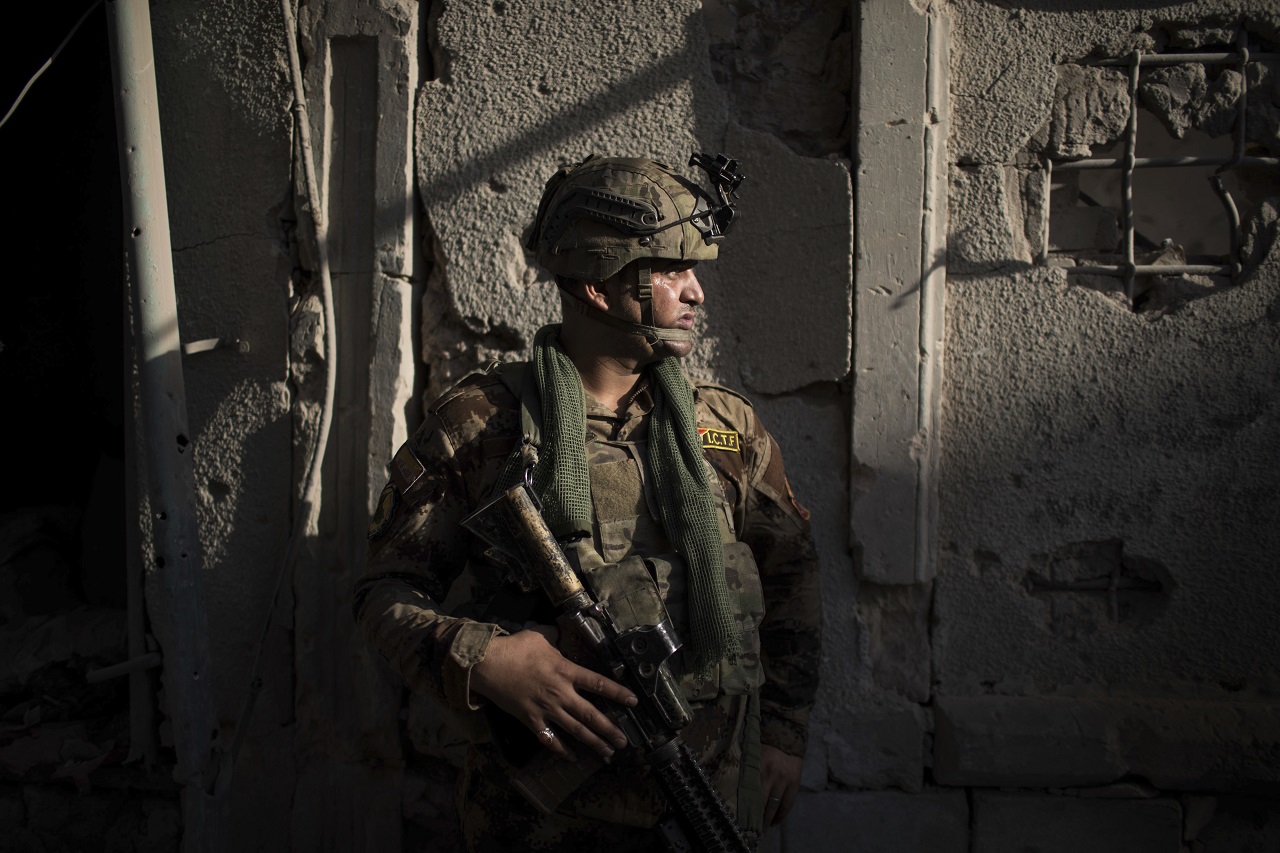 An Iraqi Special Forces soldier stands in position in an alley as Iraqi forces continue their advance against Islamic State militants in the Old City of Mosul, Iraq, Wednesday, July 5, 2017. Some 300 Islamic State fighters remain in the small patch of territory still controlled by the group in Mosul's Old City, a senior Iraqi commander said Wednesday.

Some 300 Islamic State fighters remain in the small patch of territory still controlled by the group in Mosul's Old City, a senior Iraqi commander said Wednesday.

Lt. Gen. Sami al-Aridi of Iraq's special forces told The Associated Press that the militants' hold on Mosul has shrunk to a 500 square meter (600 sq. yard) area. A large number of civilians are believed to be trapped in the IS-run enclave, with around 1,500 fleeing with every 100-meter (yard) advance by Iraqi forces.

Iraqi forces moved to besiege the Old City before launching their attack in order to prevent IS fighters from fleeing to neighboring Syria, but al-Aridi said hundreds of militants still managed to escape from the Old City alone.

"They just shave their beards and walk out," al-Aridi said. "Just yesterday we captured two among a group of women and children."

IS captured Mosul in a matter of days when it swept across northern and central Iraq in the summer of 2014. Iraqi forces backed by a U.S.-led coalition launched a major operation to retake the city in October.