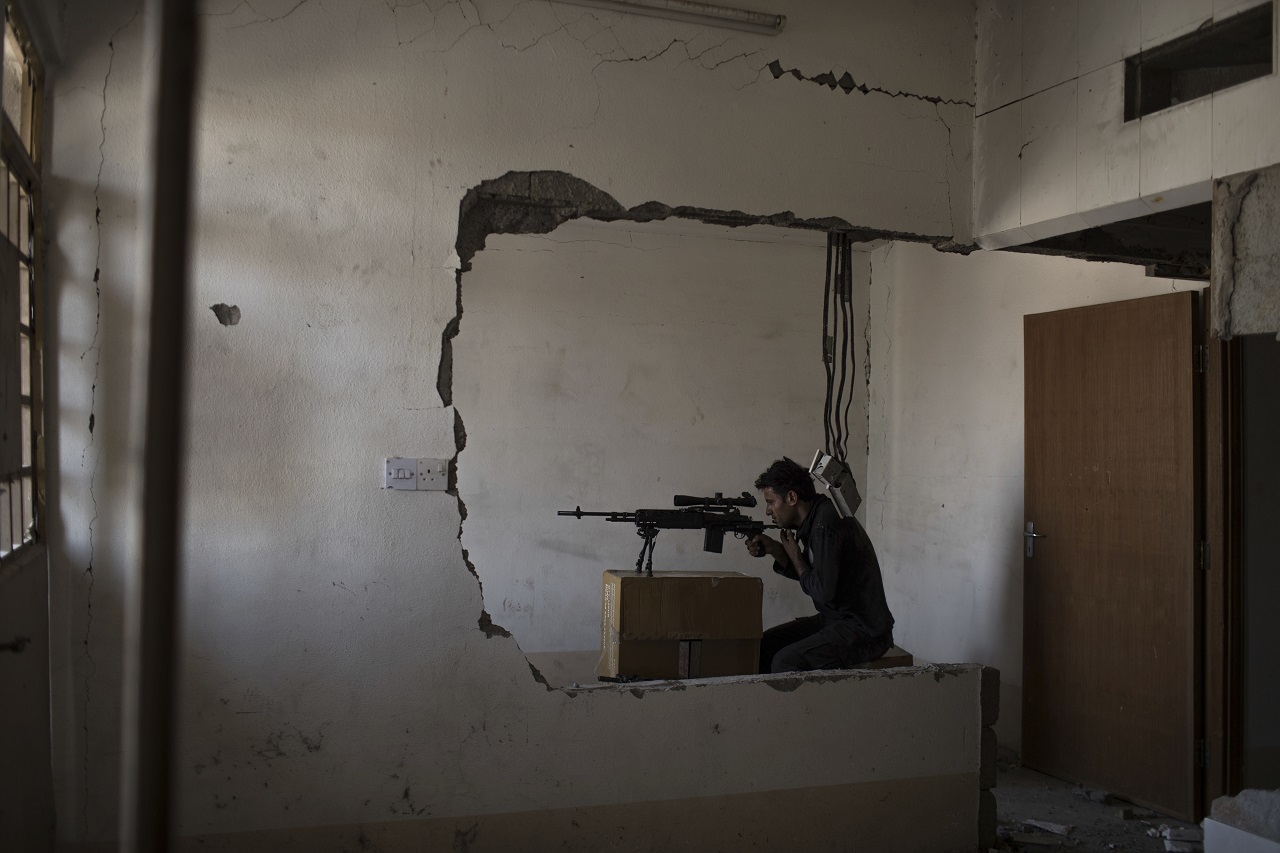 Iraqi commanders say female Islamic State militants are firing on their forces and using children as human shields as the extremist group defends its last sliver of Mosul's Old City.

The militants' use of human shields has repeatedly slowed Iraqi advances throughout the nearly nine-month offensive to retake the country's second largest city, and the commanders' frustration was on display as they watched surveillance footage from the front lines.

"The women are fighting with their children right beside them," Lt. Gen. Sami al-Aridi said as he was briefed by an officer holding a tablet computer showing drone imagery. "It's making us hesitant to use airstrikes, to advance. If it weren't for this we could be finished in just a few hours."

Another officer in the command post suggested using Iraqi artillery, which would not require approval from the U.S.-led coalition. "They're all Daesh, just kill them all," the commander said, referring to the IS group by its Arabic acronym.

"There are civilians there, but they are Daesh families," said another officer. Neither would agree to speak on the record, in line with military regulations.

"For a child, even if his father is a criminal, what has he done?" al-Aridi said. "At the same time, my men are still taking casualties. We had 14 wounded today already."

Prime Minister Haider al-Abadi congratulated his forces on their "big victory" in Mosul on Tuesday, as they appeared to be on the verge of driving the militants from their last stronghold, but the grinding, house-by-house fighting continues.

It's unclear how many civilians remain in the militants' last enclave, which is less than one square kilometer (mile), but the U.N. says some 2,000 to 3,500 people have been fleeing on a daily basis.

The battle to retake Mosul has already forced 870,000 people from their homes, according to the U.N.

IS militants captured the entire city in a matter of days in the summer of 2014, when they swept across northern and central Iraq. Iraqi forces, with the help of a U.S.-led coalition, have since retaken most of that territory, and view Mosul as a decisive battle.

Iraqi commander says 300 IS fighters holed up in Mosul