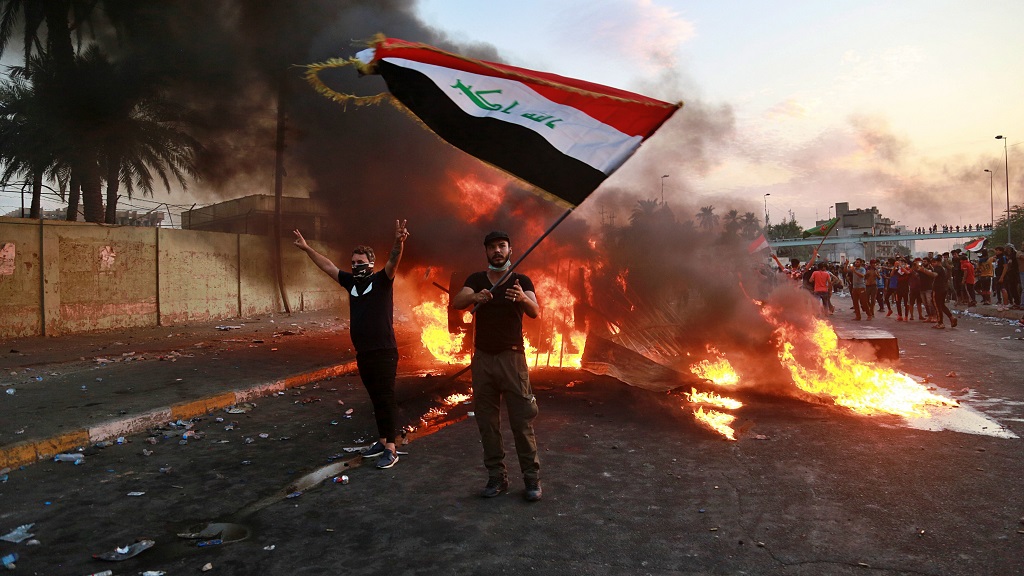 Protesters burned tires, blocking the roads to the Umm Qasr port, responsible for the bulk of the country’s commodities imports, a Basra security official said.

Protesters also cut roads to the airport with burning tires in the holy city of Najaf.

This is the second time the port has been blocked since the protests began on October 1, when thousands of Iraqis, mostly youth, took to the streets denouncing rampant government corruption, failing state services including electricity cuts, and a lack of job opportunities.

“It was tough times when the port was closed,” said a senior port official, referring to previous closures on October 29 that lasted nearly a week. The source said productivity had been cut by nearly half as a result but imports had been rebounding gradually since. The port is an important source of revenue for the government.

Meanwhile, working hours were reduced for employees of the Central Bank in Baghdad, located on the famous Rasheed Street, because of the ongoing protests.

“We are still working normally but we reduced working hours,” said a senior director-general in the bank.

On Sunday, two protesters were wounded when security forces fired tear gas in renewed confrontations with demonstrators on Rasheed Street, close to the central bank building.

At least 320 people have been killed and thousands wounded in the capital and the mostly Shiite southern provinces since the unrest began. Almost daily clashes have seen security forces use heavy tear gas, live rounds and stun guns to repel demonstrators from reaching the heavily fortified Green Zone, the seat of Iraq’s government and also home to various foreign embassies including the US

The Latest: 3 Gulf nations urge their citizens to leave Iraq