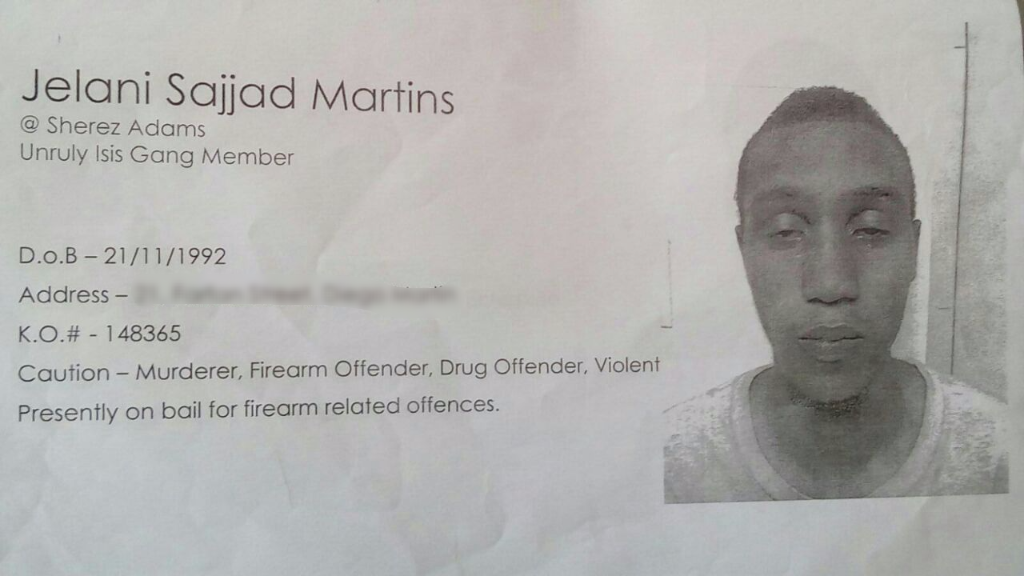 The Islamic Front is today condemning what it calls the extrajudicial killing of Jelani Martins and calling for an investigation into the police officers involved.

Martins, an alleged member of the Unruly Isis gang, was shot dead by police during a reported exchange of gunfire in Chaguanas on Friday.

In a statement, Umar Abdullah, Head of The Waajihatul Islaamiyyah (The Islamic Front) says the killing will further degrade the public perception of the Trinidad and Tobago Police Service (TTPS).

“The TTPS has clearly shown its inability to act positively and appropriately to curb the exploding crime rate and the inherent social and economic challenges. The TTPS seems to be evolving into a plague with a purpose to destroy the poor family structure which is the basic building block of society.”

Abdullah says that, based on information received, he believes that the officers involved in the shooting should be investigated for homicide.

According to a report in the Trinidad and Tobago Guardian an eyewitness stated that Martin had close to $22,000 on his person at the time of his killing, which the Islamic Front says is currently unaccounted for, and also requires investigation.

The Islamic Front is calling on the Acting Commissioner of Police to launch an independent investigation into the killing of Jelani Martins and to immediately suspend the officers involved.

The statement indicates that the Islamic Front has already contacted the head of the Police Complaints Authority (PCA), David West who, they say, is awaiting an official complaint on Monday.

The Front says witnesses and supporting video footage of the killing will be made available to the PCA at this time.