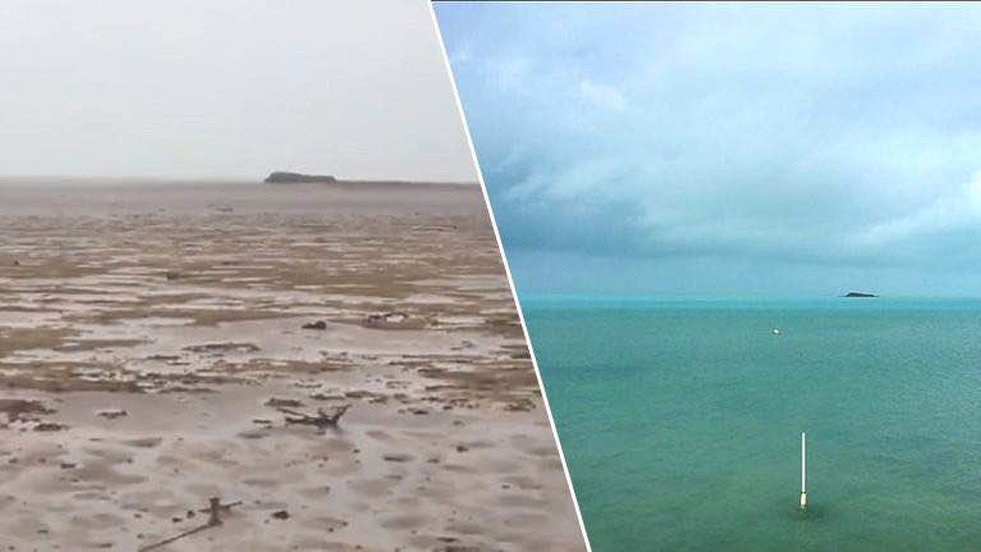 Before and after images of a beach in the Bahamas following Hurricane Irma. Images sourced on Facebook.

Hurricane Irma could not have ravaged the Leeward Islands at the worst time. With winter fast approaching in temperate countries, the Caribbean will soon enter its high tourist season but for the British and US Virgin Islands, Anguilla, Antigua and Barbuda, St Martin/Sint Maarten, Puerto Rico and others affected by Irma, the damage sustained in their countries signal potential revenue losses. Jack Richards, president of Pleasant Holidays, a US-based tour operator, told Reuters he was expecting losses in the billions during the area's busiest tourist season, from December to April.

As such the race is on to clean up and rebuild as soon as possible.

The Caribbean Tourism Organisation has been assessing the situation and each affected island’s readiness for the winter season.

The latest assessment reports indicate that critical infrastructure, such as the hospital, airport, fire station, police station, government buildings and utilities received moderate to severe damage. Repair and road clearance crews are working diligently in efforts to restore conditions to pre-Irma status, and as the clean-up begins the full extent of the damage is being revealed. There was one confirmed fatality and the Government.

The British naval ship Royal Fleet Auxiliary Mounts Bay has arrived on the island, with 40 Royal Marines and Army Engineers on board. The ship carries a range of equipment to support humanitarian responses including vehicles, tents and facilities to purify water.

Antigua is open for business as normal activity returned after a brushing from Hurricane Irma.  The V.C. Bird International Airport opened for all flights on Thursday, September 7 and electricity was restored to the Capital St Johns and most parts of the island.

Antigua, where the bulk of the tourism industry resides, is the larger and more populous of the two-island state of Antigua and Barbuda.

Ninety-five per cent of buildings on Barbuda including private properties and Government facilities were destroyed or extensively damaged. Barbuda’s hotel infrastructure was also damaged, but with less than 100 hotel rooms the overall effect on tourism as a whole is minimal.

The Country’s disaster recovery plan swung into full gear today.  To speed-up the relief and rebuilding efforts, the Government declared a State of Emergency for Barbuda only and evacuated some residents on a voluntary basis. The Prime Minister is appealing for donations from citizens and world leaders to begin the rebuilding process on the island.

Tourism Minister Asot. Michael said: “The Government will do whatever it takes in the short term to get Barbuda on its feet again. However, the best way to help our islands as we return to normal is for visitors to continue with their vacation plans or make plans to visit us soon to experience at first hand the warmth and hospitality of our people”.

The Lynden Pindling International Airport in Nassau has reopened and international flights are beginning to return to The Bahamas. Additionally, the Port of Nassau is open and cruise ships are expected to arrive on Wednesday, September 13. Hotels and resorts including Atlantis, Paradise Island, Sandals Royal Bahamian, Warwick Paradise Island, Baha Mar, Melia Nassau Beach Resort and the Sandals Emerald Bay on Great Exuma are set to welcome guests.The remaining airports will resume operations once the facilities have been assessed and cleared for opening. Water is expected to also return to a beach which was sucked up in the Hurricane.

The BVI was directly hit by Hurricane Irma. There has been extensive damage across the island which lost all mobile and other communication. The British army now has troops on the ground and a curfew is in effect. Evacuations are continuing and the airport has been opened for the military and relief supplies.

In the wake of Hurricane Irma’s devastating impact in the Caribbean, Haiti is thankful to have emerged unscathed. In our shared spirit of community within the Caribbean, Haiti extends its hospitality, as well as any and all relief assistance, to all islands affected. All services remain in operation and we continue to welcome visitors. Travellers are advised to contact their local travel agent or booking agent for detailed arrangements about their bookings.

While the assessment of impact across the island continues, the Puerto Rico Tourism Company’s preliminary report shows that major tourism infrastructure and attractions are operational and the island can continue to welcome new visitors. While power outages are present throughout the Island, many hotels, as well as essential services on the island such as hospitals, are operational due to generators and the majority of hotels throughout mainland Puerto Rico are ready to welcome new guests. Attractions such as parks and beaches are currently being assessed to ensure a committed focus on quick clean up in the coming days.

Flights to and from Luis Muñoz Marin International Airport have resumed. Puerto Rico’s port is operational and should be receiving cruises by September 9. The Puerto Rico Tourism Company continues to work with all tourism partners to further assess damage and ensure tourist sites can resume full operations as soon as it is safe to do so.

Director of tourism Charles Lindo says St. Eustatius was spared the worst by Hurricane Irma – telephone, electricity and internet are back up and both the airport and seaport are open.

The Federation is virtually unscathed following the passage of Hurricane Irma and tourism providers are in the process of reopening. Hotels are returning to business as usual and guests are continuing to enjoy their stays.  Restaurants, attractions and shops including the many popular retail outlets at Port Zante are now open,

Director of Tourism Roland Brison is hopeful that the Princess Juliana airport could reopen to commercial flights in a week. The airport sustained extensive damage during Hurricane Irma and has been reopened to accept relief supplies. Some hotels were heavily damaged while others sustained minor damage.

Flights have resumed at Providenciales airport and communications are being restored. Power is back in the hospitals, major hotels and other essential businesses.

Commissioner of Tourism Beverly Nicholson-Doty said the island of St. Croix did not receive the full brunt of the storm, and the Henry E. Rohlsen Airport on St. Croix is open to flights

Communications are still limited, there is significant damage to infrastructure in St. Thomas and St. John, The storm has resulted in four casualties to date on the island of St. Thomas.

The following updates have been shared by individual properties throughout the Territory:

The Buccaneer: Open for business. Facilities are in good shape, but there may be some limitation of services over the next few days.

Westin St. John Resort Villas: All associates, owners and guests are safe. The resort and the surrounding areas experienced some damage and the overall impact is being assessed.

Bluebeard’s Castle Resort: Everyone who was on site is safe. The property has sustained major damage, which is currently being assessed.

Point Pleasant Resort: Everyone at the resort is safe but without power and cell phone service. The team is currently assessing damage and will share new information when available.

Secret Harbour Beach Resort: All guests and staff are safe. There is no major structural damage to the buildings. The generator is still working.

“The Department of Tourism’s team members are doing our best to communicate with accommodation providers and tourism partners for a full assessment of properties,” the Commissioner advised.