Israeli lawmaker to PM: Dismiss US envoy over aide scandal 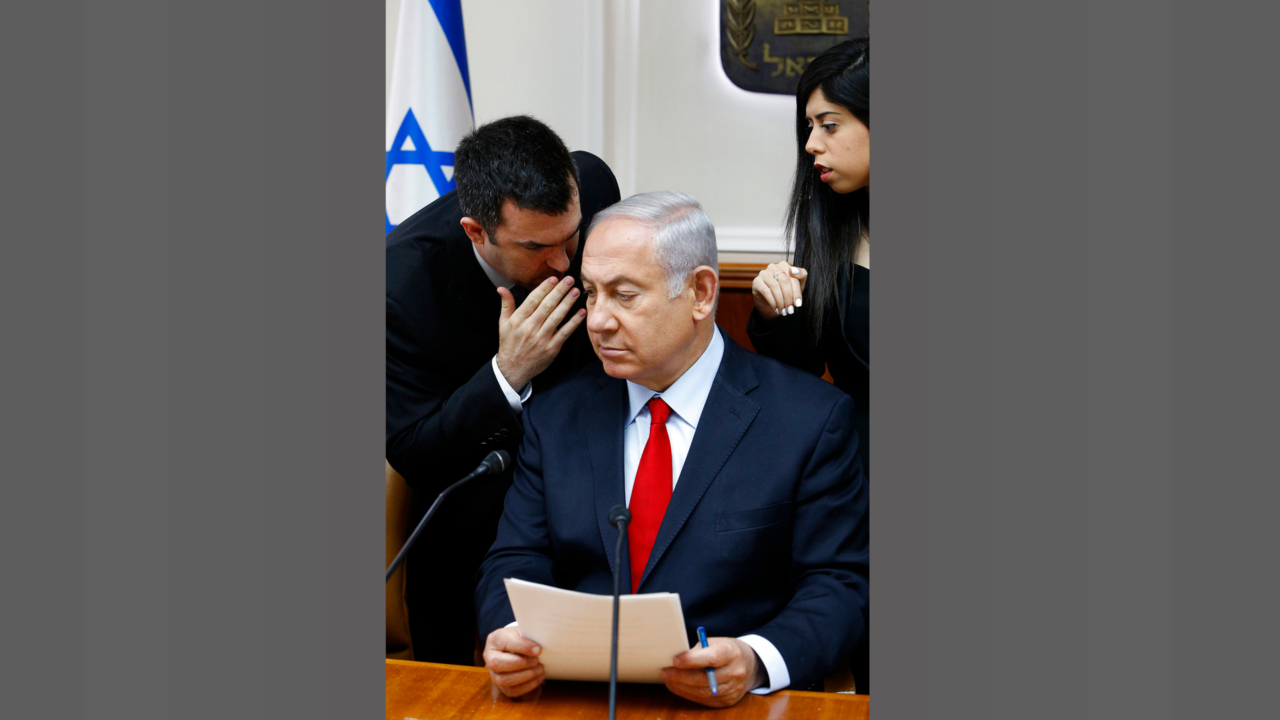 An opposition Israeli lawmaker on Sunday called on Prime Minister Benjamin Netanyahu to dismiss his ambassador to the United States for failing to report sexual assault allegations against a top Netanyahu aide, ballooning an already embarrassing scandal for the Israeli leader.

Karin Elharrar said Ron Dermer should be recalled from Washington for not reporting the warnings he received about David Keyes, Netanyahu's spokesman to foreign media.

Last week, Julia Salazar, a candidate for New York's state senate, accused Keyes of sexually assaulting her five years ago. Wall Street Journal reporter Shayndi Raice tweeted she too had a "terrible encounter" with Keyes before he became Netanyahu's spokesman. She described him as a "predator" and someone who had "absolutely no conception of the word 'no.'"

At least a dozen other women have since come forward with varying allegations, some of which are said to have been committed since Keyes took up his current position in early 2016. Keyes, 34, denies the allegations, saying all "are deeply misleading and many of them are categorically false." Keyes says he has taken a leave of absence amid the uproar to try and clear his name.

But the scandal has since spread to the rest of Netanyahu's inner circle, previously rocked with accusations of sexual improprieties. Natan Eshel, a former top aide, was forced to resign in 2012 after allegations emerged that he harassed and intimidated a woman in the prime minister's office, including taking pictures up her skirt. Earlier this year, Netanyahu's son Yair came under fire after a recording emerged of him joyriding at taxpayer expense to Tel Aviv strip clubs and making misogynistic comments about strippers, waitresses and other women.

Over the weekend, Dermer, who was perhaps Netanyahu's closest associate before taking office in Washington, confirmed he was warned in late 2016 by New York Times columnist Bret Stephens, then of the Wall Street Journal, about Keyes' questionable behavior toward women. The New York Times reported that Stephens, who said he had barred Keyes from visiting the Wall Street Journal offices because of harassment complaints of women there against him, warned Dermer that "Keyes posed a risk to women in Israeli government offices."

Dermer said he did not report this further since he did not consider the harassment allegations criminal.

But Elharrar noted in her letter to Netanyahu that Dermer was unqualified to judge this. Under Israeli law sexual harassment is a crime and public servants are required to report any knowledge of it. Therefore, she said, she demanded Dermer's dismissal since "it is unreasonable that someone holding such a prominent position would violate the law so blatantly."

Netanyahu has yet to comment on the affair. Michal Rozin, a legislator with the opposition Meretz party, said his silence could be interpreted as tolerance of the alleged acts and she demanded he take a clear stance against sexual assault and harassment

Rozin, who formally headed Israel's umbrella organization for victims of sexual valence, has appealed to Israel's Civil Service Commissioner asking for the allegations against Keyes to be investigated because of the "serious concern of serial behavior." She demanded Dermer's conduct be examined as well.

Israel prepares for opening of US Embassy in Jerusalem

Israeli media: Netanyahu confidant to testify against him