Is it true that periods synchronise when women live together? 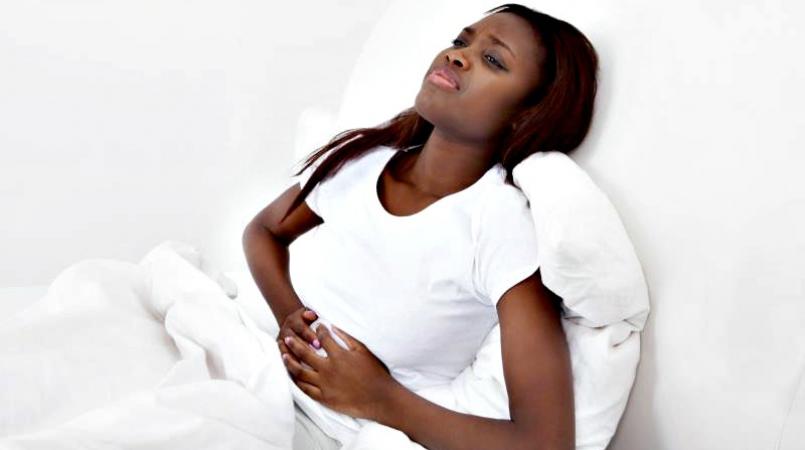 It's commonly believed that women who live together eventually experience the syncing of their monthly periods. But could it just be chance?

The theory behind the syncing of menstrual cycles is that women's pheromones interact when they are in close proximity, causing them to have their period at the same time.

Many females buy into it.

"I definitely think its true," says Emma. "It would be too much of a coincidence otherwise."

Emma, 24, lived with five girls at university. She says that within a few months they all had their period at the same time.

"It's a popular belief," says Alexandra Alvergne, associate professor in biocultural anthropology at the University of Oxford.

"As humans we always like exciting stories. We want to explain what we observe by something that is meaningful. And the idea that what we observe is due to chance or randomness is just not as interesting."

Alvergne has tried to review the evidence for this phenomenon. She says the idea started with research findings published in Nature, a scientific journal, in 1971. A researcher called Martha McClintock studied the menstrual cycles of 135 women in an American college.

"[McClintock] found that the onset of the date of menstruation was more similar among friends and roommates than among random pairings of women," says Alvergne.

Dr McClintock hypothesised that this was because the women who were spending time together had the chance for their pheromones to affect each other.

And why would this happen? The most prevalent theory was that it was an evolved strategy among females to co-operate with each other - to stop becoming a kind of harem for a single dominant man.

The idea is that if women had synchronised cycles, they would all be fertile at the same time - so one man would not be able to reproduce with them all.

"He can't manipulate all the females at the same time so that's why it was believed to be a form of co-operation between females," says Alvergne.

In the 1970s when this paper came out, feminism was emerging as an important movement. Alvergne thinks this may be one of the reasons the idea became so popular.

"I find that sometimes 'society values' are hiding in hypothesis. And from a feminist point of view, the idea that females would co-operate in the face of male domination is attractive."

Other studies, some in humans and some in other primates, seemed to show similar results.

But, there were also studies that didn't find evidence of periods syncing. And people started to pick holes in the earlier research - critics identified problems in the people chosen for the study. The definition of when they were syncing was quite loose.

Perhaps most importantly, critics pointed to the fact that in McClintock's 1971 findings she didn't account for chance to explain why women's cycles were in sync.

This seems to go against what many women feel they experience.

"If I spend any period of time with a woman who is menstruating, I will start my period," says Inez, 26. "My womb is a huge team player. It just wants to be one of the girls."

Not only that but, Inez, thinks some women have wombs that prefer to play a leadership role.

"I've got a classic beta womb. My friend Suzanne has an alpha womb. She will bring anyone on within a 10-mile radius. She walks in menstruating, everyone is reaching for the tampons."

But the problem comes when the theory seems to break down. Inez says she has never synced with her flatmate.

"I have known her since I was 12 and I think she is quite offended that I don't sync with her."

Alvergne is not surprised that women observe overlap in their menstrual cycle with their friends.

"The question is - does it happen by chance or not? By chance you would expect it to happen at least half of the time."

Some academics recently decided to find out if the findings of synchronicity of periods could be put down to chance. They looked at six years' worth of data of the menstrual cycles of our close cousins, baboons.

"They proposed two models," says Alvergne. "One was the model with the exciting hypothesis" also known as the "evolved strategy" in which women sync as a defence against dominant males.

"And the other model was the boring model. Where the patterns are explained by chance."

The researchers compared how much each model would account for the data being observed. They found that the model assuming that patterns would appear by chance was the best model by far.

More research could be carried out in the future that does reveal evidence that women's periods sync. But currently, many researchers are sceptical.

"Maybe actually, what we observe is nothing more than randomness," says Alvergne.