Italy out of the World Cup: 'A national shame' 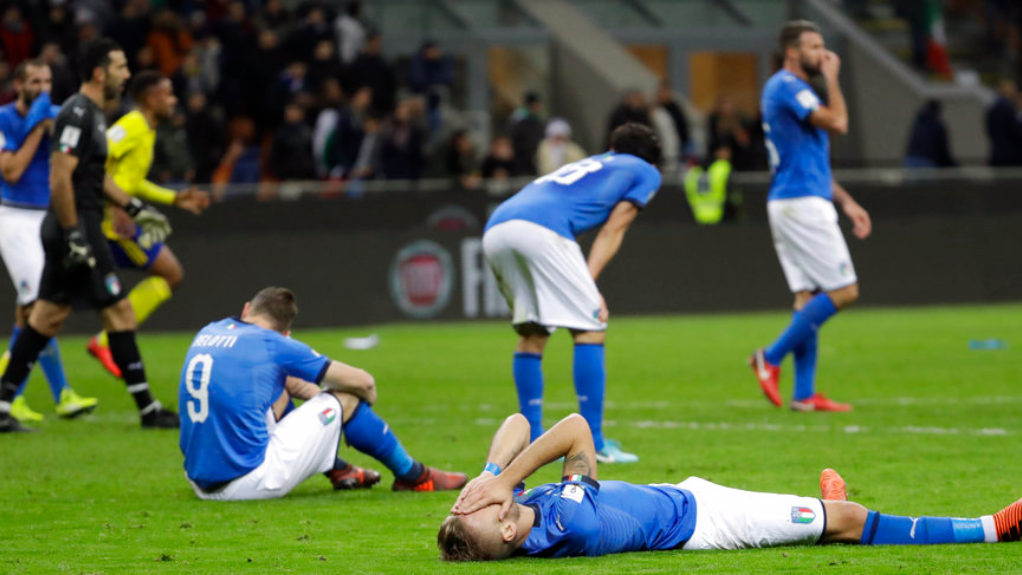 The End. The Apocalypse. A national shame.

Local newspapers spared no words Tuesday in describing four-time champion Italy's failure to qualify for the World Cup for the first time in six decades.

After a scoreless draw with Sweden on Monday, Italy lost its World Cup qualifying playoff on 1-0 aggregate.

Italy had participated in every World Cup since failing to qualify for the 1958 tournament, which coincidentally was held in Sweden.

The previous major competitions Italy missed were the 1984 and 1992 European Championships.

"It's one of the darkest pages of our sporting history," Gazzetta editor Andrea Monti wrote in a front-page editorial. "A brutal slap beyond the incalculable harm for a country that lives and breathes soccer."

Widely criticized for his tactics, the Gazzetta gave Italy coach Gian Piero Ventura a lowly three out of 10 in its famous report card for the game.

"He will go down as one of the worst national team coaches of all time, if not the worst," the report card read.

When Italy won the World Cup in 2006, the Gazzetta used the headline "Tutto Vero" — "It's all true." On Tuesday, Swedish daily Dagens Nyheter copied that headline and amended it for its own use.

"Tutto vero. It is true. Sweden is at the World Cup," Dagens Nyheter wrote.

Former Italian soccer federation and Italian Olympic Committee president Franco Carraro estimated that the failed qualification will cost the country between 500 million and 600 million euros (up to $700 million).

"If you add the indirect impact, it will definitely exceed a billion," Carraro said.

If Italy had qualified, the cost of domestic TV rights for the World Cup were estimated at 175 million euros ($200 million). Now they could be worth half that.

The national team's contract with shirt supplier Puma, worth 18.7 million euros ($22 million) per season, will also likely be revised.

And there could be ramifications for Italy's betting industry, where soccer wagers generate 140 million euros (more than $160 million) per year, according to Repubblica.

Over 400 dead from earthquake in Iran-Iraq border area

Trump does not publicly rebuke Duterte for drug war killings