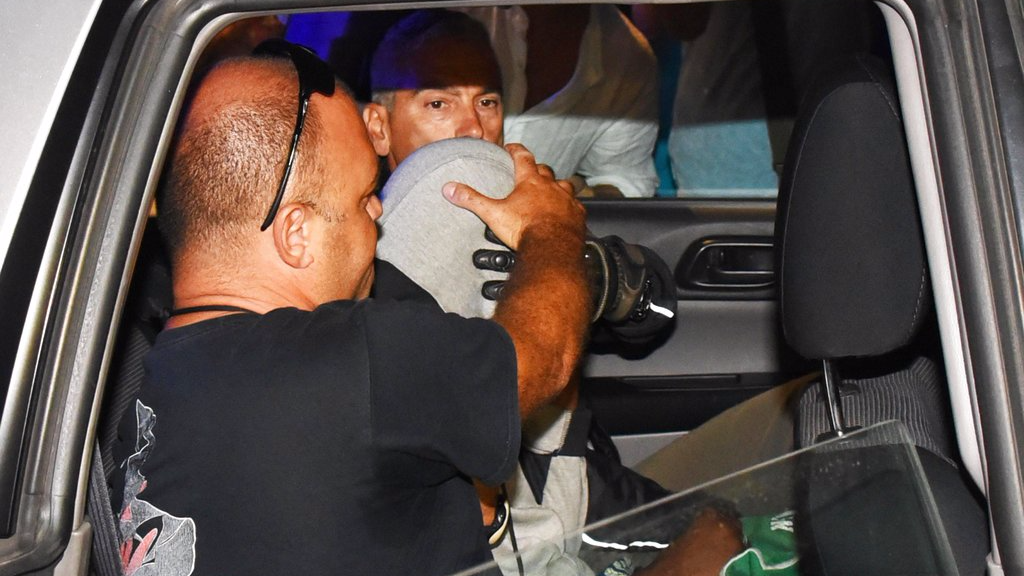 Italian police escort a teenager, at center with his head covered, in the police headquarters in Rimini, Italy Saturday Sept. 2, 2017. Two Moroccan teenagers suspected of being among four males who gang raped a Polish tourist and beat her companion unconscious on an Italian resort beach were identified at a police station Saturday by a Peruvian woman who reported being raped by the same gang shortly after the first attack, Italian media reported. (Manuel Migliorini/ANSA via AP)

Police in Italy say they've arrested a Congolese refugee as the fourth suspect in gang rapes at a beach resort.

Rimini police chief Maurizio Improta says the man was caught Sunday morning on a train about to leave a nearby town. On Saturday, the other three suspects, all minors, including two Moroccan teenage brothers, were detained in the rape of a Polish tourist, the savage beating of her companion and the rape of a Peruvian woman shortly after the first attack.

Improta said the brothers turned themselves in after surveillance camera video showing the suspects was made public. The third suspect, from Nigeria, was detained Saturday night near Rimini.

Sky TG24 TV said the Congolese man arrived in Italy as a rescued migrant in 2015.