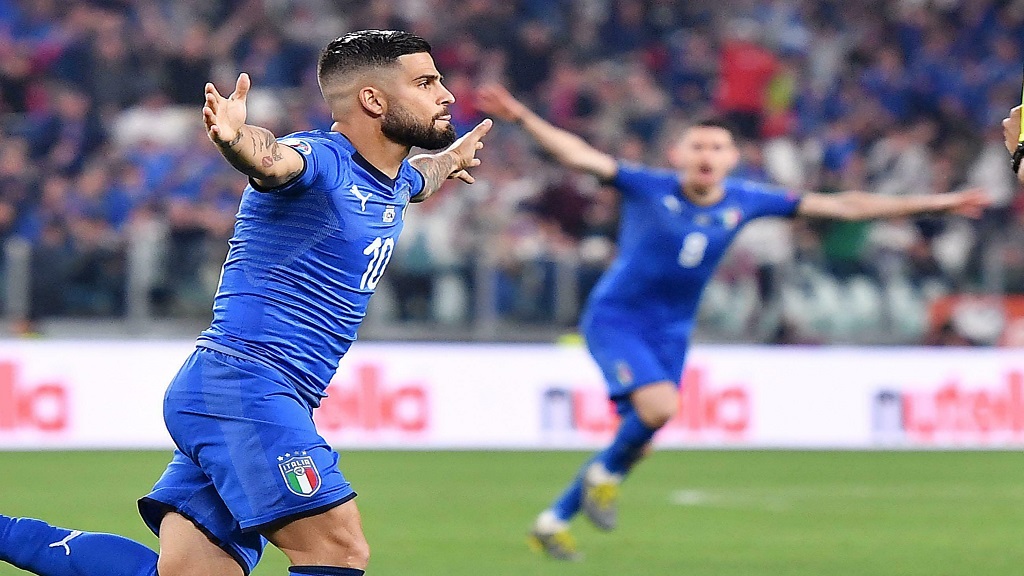 Marco Verratti scored a late winner to preserve Italy's perfect record in qualifying for the 2020 European Championship with a 2-1 win over Bosnia-Herzegovina on Tuesday.

Edin Dzeko's first-half opener for Bosnia was the first goal Italy have conceded in their four qualifying matches.

But Lorenzo Insigne leveled almost immediately after the interval with a stunning volley and then set up Verratti for the winner in the 86th minute.

Bosnia looked dangerous on the counter and took the lead with a well-worked move as Muhamed Besic's back-heeled flick sent Edin Visca down the right of the area and he rolled across for Dzeko to tap in from three yards.

Bosnia goalkeeper Ibrahim Sehic pulled off a fine save to deny Serie A's top scorer Fabio Quagliarella shortly before halftime but could do nothing four minutes after the break as Insigne volleyed in a corner from the edge of the area.

Italy pressed hard for the winner and got it when some poor defending allowed Insigne to pick out Verratti, who had time to control the ball before driving a precise shot into the far bottom corner.