Jaguar being cared for at Emperor Valley Zoo, says Minister 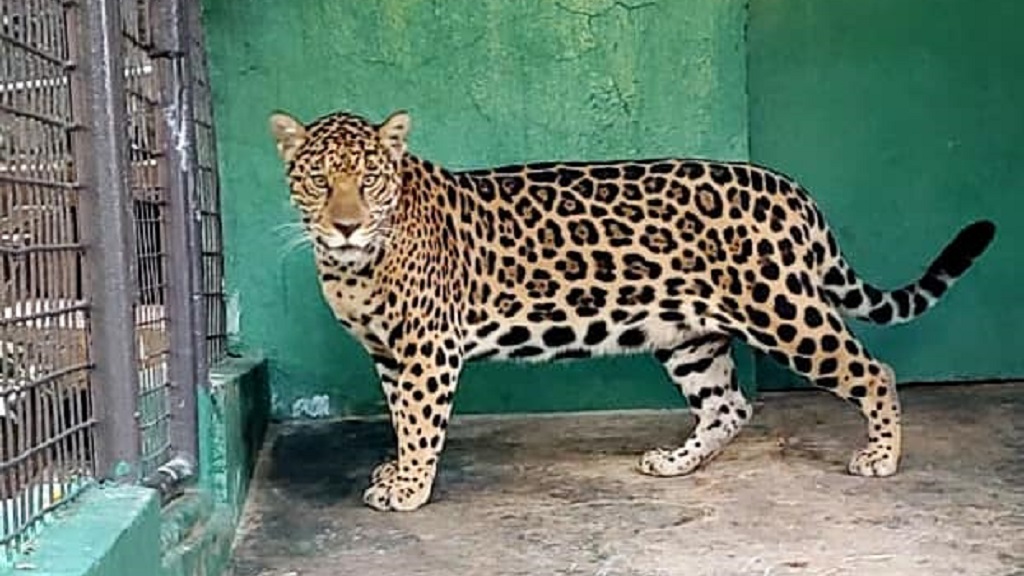 A jaguar which had been smuggled into the country is now being cared for at the Emperor Valley Zoo.

Minister of Agriculture, Land and Fisheries, Clarence Rambharat, said the animal was surrendered to the Zoo earlier this week.

"Early this morning I received the good news that after several months of intelligence work, this female jaguar was surrendered and successfully transferred to the Emperor Valley Zoo."

"This follows information received earlier this year that a pair of jaguars was smuggled into the country and was being moved around from location to location."

"Intelligence sources believe the male died. Through intermediaries, the female was surrendered. The Emperor Valley Zoo is currently conducting the appropriate examinations."

He said in May 2019 a jaguar cub had been surrendered to the Emperor Valley Zoo.

According to the US Fish and Wildlife Service, jaguars have near-threatened status under the IUCN and are endangered under US law.

The animal is often killed for its fur and teeth in places like Suriname.

According to a National Geographic report, Chinese immigrants have supported the development of the illegal wildlife trade in Suriname.

The main driver of the trade, according to the investigation, is jaguar paste. Alternatively known as jaguar glue, it’s a molasses-like substance made by boiling down the body of a jaguar for seven days.

It’s rumored to help with various ailments, from excessive sleepiness to sleeplessness, although there is no clinical proof of its effectiveness.

Jaguars are carnivores and hunt creatures such as deer, peccaries, or caiman, one study found that they eat at least 86 different species of animals.

They mate throughout the year and the gestation period for pregnant females is slightly more than 3 months. Jaguars give birth most often to two cubs, but sometimes up to four. Cubs will stay with their mothers for about 1-2 years before dispersing and seeking their own territories.

The survival of jaguars is uncertain because of three primary threats: habitat and prey loss, wildlife trafficking (illegal sale of jaguar fangs, hides, and cubs), and retaliatory killings.