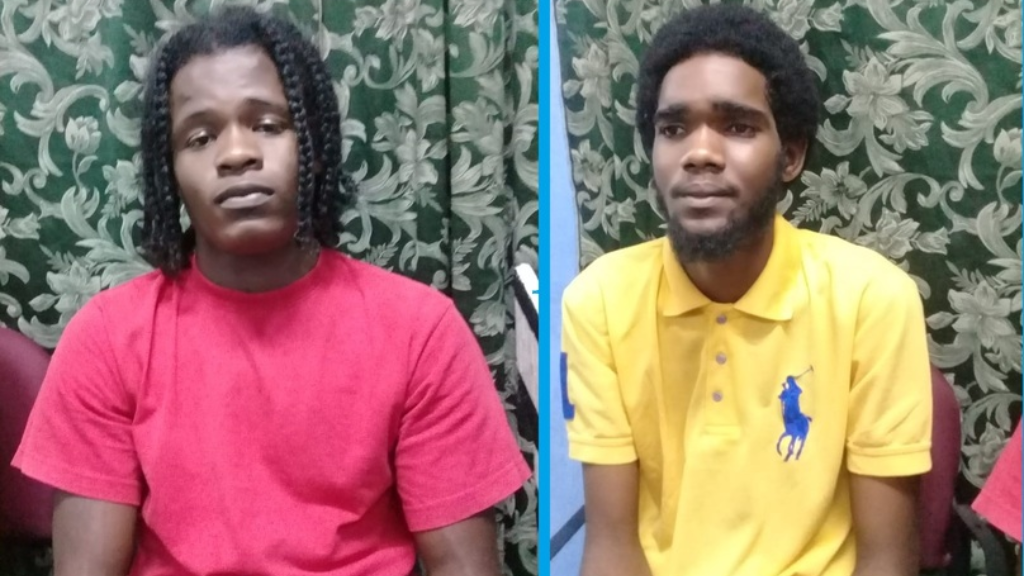 Hubert Riley, 26 (left), and Shyheim Proverbs, 22 (right), both of Pleasantville, San Fernando will serve concurrent jail sentences after being charged with four counts of robbery with aggravation, against four victims during a bar robbery.

Two San Fernando men have pleaded guilty to four counts of robbery with aggravation, against four victims during a bar robbery.

The accused, Hubert Riley, 26, and Shyheim Proverbs, 22, both of Pleasantville, San Fernando, appeared before Senior Magistrate Rae Roopchand in the Princes Town 1st Magistrates’ Court on Monday to answer to the charges.

The sentences are to run concurrently.

The four victims, proprietors and patrons, were at the bar at Hope Road, Princes Town, around 8:30pm last Wednesday, when two men, one armed with a gun, entered and announced a robbery.

They escaped on foot.

Officers of the Princes Town CID responded to the report of robbery and arrested the two suspects a short distance away in a bushy area around 10:30 pm that day.

A quantity of the stolen items was also found in the possession of the suspects.

Riley and Proverbs were charged by PC Jesse Mitchell of the Princes Town CID on Saturday.

Two held with $90k in marijuana