Jamaican chef Stephen Hamilton represented the island as a culinary authority at Google NYC over the nation's Independence celebrations earlier this month.

Invited by Jamaican-born celebrity chef Wenford Simpson, Hamilton travelled to NYC over Jamaica's Independence celebrations earlier this month to represent the island as a culinary authority, according to a press release.

Hamilton is the founder of Eskay Catering. Since registering his business in 2012, the in-demand Jamaican chef has consistently taken his name and business to new levels, and the brand is now synonymous with bold, unique, consistent flavours and service, the release added.

Hamilton's visit to New York was sponsored by Selva Pasta.

“I was engaged to cook authentic Jamaican cuisines such as oxtail, rice, and peas, escovitch fish fillet, jerk chicken as well as fried plantain," he explained.

Never the one to turn down an opportunity to grow, having catered for the likes of international music producer, writer, and singer Neyo as well late television icon, Ian Boyne, Hamilton says he was taken aback by the request to showcase his prowess in the kitchen by an international company like Google.

“The experience is one to talk about. From the initial stage of this venture I was in disbelief that a reputable company like Google would want to partner with me," Hamilton said. “The audience was mixed with persons from different ethnic backgrounds. Food is a universal language, so there was no barrier to accepting our well-renowned cuisine”.

Beaming with pride from the growth and expansion of his business, Hamilton stated, “For over six years, Eskay Catering has grown tremendously. 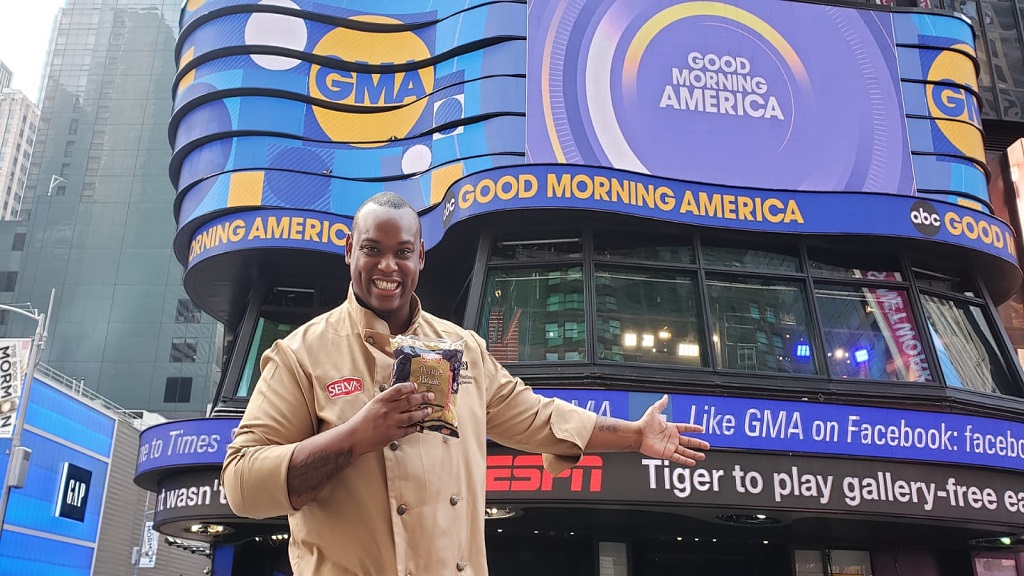 "In Jamaican terms, from nothing to something. As the name suggests it is unique and I have tattooed my company's name on my arm as I believe in it," he continued. "It will take over the culinary world and will become a household name."

Looking back in the early stages of his business,  Hamilton noted that he rented catering items and booked private transportation to carry his goods.

"But fast forward to 2019, I can proudly say I own all items for my company as well as my truck which is branded. Even the blind can see it," he added, proudly.

With a new focus for the remainder of 2019 into 2020, Hamilton now eyes large capacity events, such as conferences locally and internationally where he will be able to showcase his skill and knowledge.

As for Eskay Catering, he stated: “I am big on weddings so I'm planning to venture in the wedding industry. We will also offer more services within the culinary industry but that is top-secret for now."

International chef for the Montego Bay Jerk and Food Festival