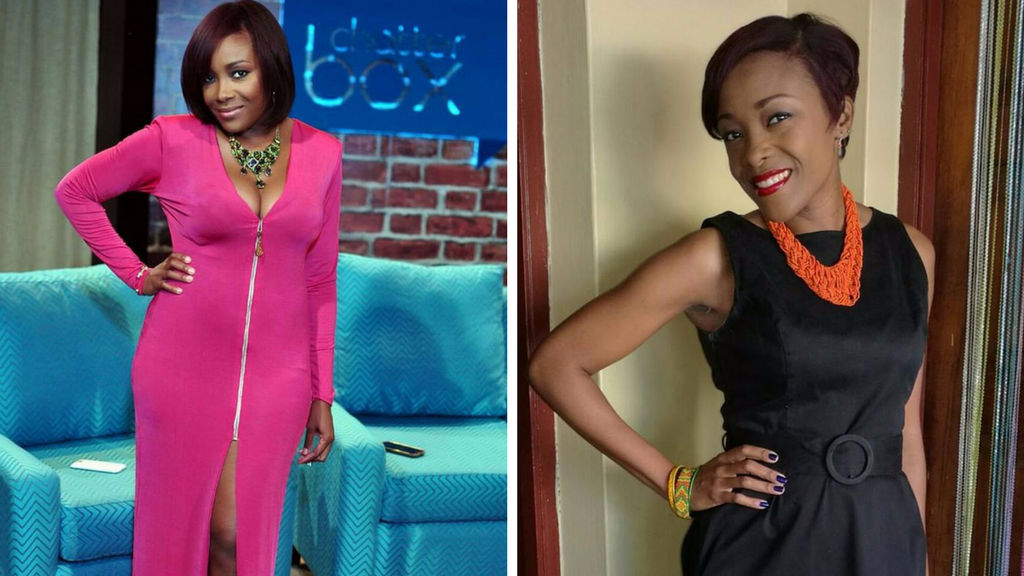 Shelly-Ann Weeks before and after the diet change that changed her life.

Just two weeks before she was scheduled to undergo a hysterectomy to remove fibroids that had plagued her for most of her life, Shelly-Ann Weeks made a decision that would change her life forever.

The popular Jamaican sex educator, blogger and columnist known as Dr Sexy Ann, decided to eliminate processed foods, rice, sugar and meat from her diet and switched to eating only fish, vegetables and fruit.

Three months later, her fibroids have shrunk to a level that no longer made surgery a necessity, she had dropped over 50 pounds and for the first time in memory, she was no longer in pain.

Now, Weeks has written a book chronicling her experience in an effort to show other women who are also suffering from fibroids that there are other options available to them.

Published by Sarweeks Publishing in Jamaica, the book is called “I Changed My Diet and Changed My Life”.

Weeks opens up her personal experiences in the book, tracing the first time she experienced pain from the onset of her first period.

Weeks said apart from the discomfort and pain, fibroids took a major toll on her sex life.

Intercourse became so painful, she wrote, that the sensation she would feel was one of being stabbed and after a while, changing positions did not help. 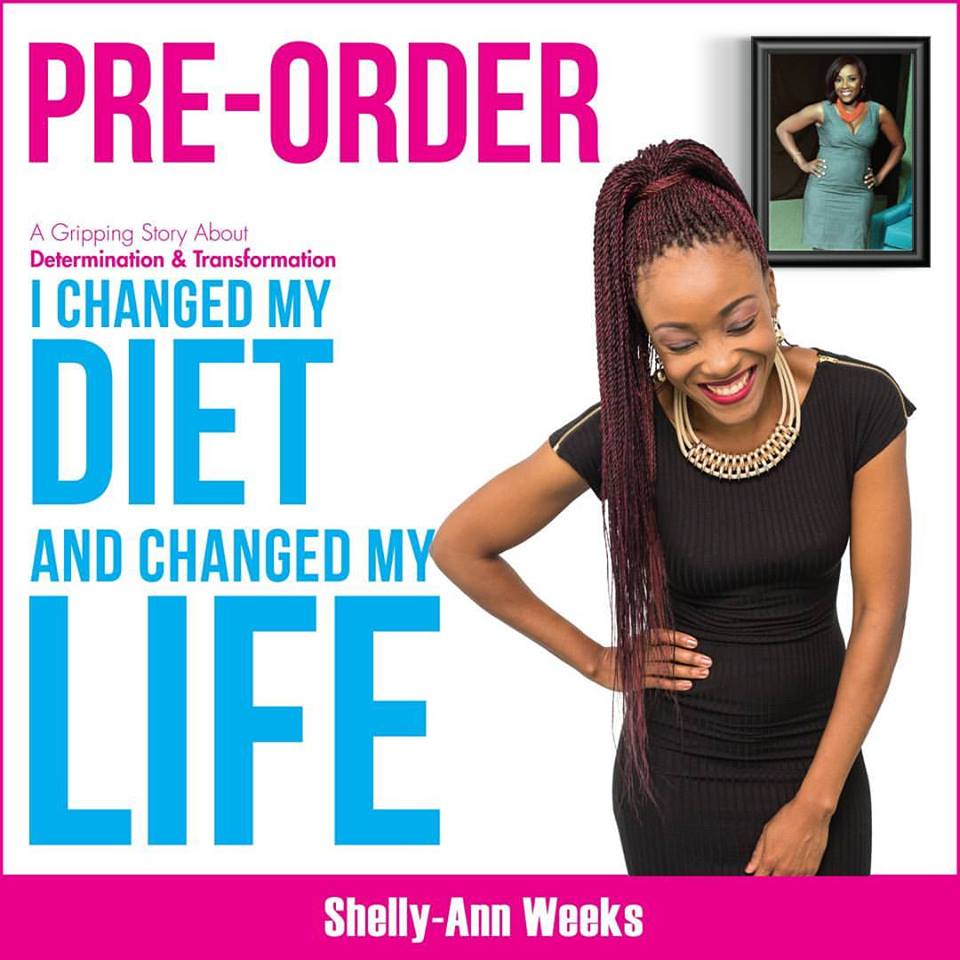 Several embarrassing public incidents and extreme pain and discomfort forced Weeks to visit a gynaecologist who diagnosed her with three grapefruit sized fibroids.

Uterine fibroids are non-cancerous tumours that grow within the wall of the uterus. Fibroids can vary in size and number.

In Weeks’ case, two of them were lodged within her uterus wall and a partial hysterectomy was decided upon.

At that point, Weeks told Loop, she was mainly concerned about the early onset of menopause which the doctor assured they could manage with hormone replacement therapy.

However, two weeks before her surgery, she met a woman at a football game who scared her out of the surgery.

“She said ‘do not do the surgery’ and took out eight bottles of tablets. She said she did the surgery and this is what she has to take every day,” said Weeks chatting with Loop during a layover in Trinidad on Tuesday.

Shortly after, Weeks ran into a health conscious friend who told her that she could shrink her fibroids by changing her diet.

“I saw information on the role of milk which has extra oestrogen which feeds fibroids and chickens which are injected with growth hormones which grow any tumours in the body. It was like someone flicked a light on,” said Weeks.

She was referred to a nutritionist and homoeopathic specialist who recommended she try a new diet for three months. Though sceptical, Weeks agreed and her doctor postponed her surgery.

“I came off sugar, I got into a lot of herbs - turmeric, garlic, ginger, I drank vegetable juice, cut out beef and chicken and ate food that is as close to the ground as possible. I don’t eat processed food at all,” she said.

For someone who loved the typical Jamaican fare of rice and peas, curried goat, oxtail, rum cake, and cheese and had a weakness for a cold Pepsi, the change was not easy.

“You ever drink vegetable juice? Broccoli juice? It is awful,” she said with a laugh.

Weeks began her diet change with a two-week detox during which she drank five 12 oz. bottles of vegetable juice a day. Between that, she said, she ate fruits and nuts. The trick to not giving up, she said, is having the food she needs with her at all times so she wouldn’t give in to hunger pangs.

The effects were immediate.

“Immediately I noticed I had so much energy but the most significant thing for me was when I stopped feeling pain. I used to go to the chiropractor four times a month and I would have gone more often if I had the money. I started the diet in November of 2015 and in February I got a call from the Chiropractor’s office asking if I was well because they hadn’t seen me. It was then I realised I had not been in any pain,” Weeks recalled.

“Everybody talked about how great I looked and how much weight I lost but the most significant thing for me was that I was no longer in pain which is why I want to share my story. There are so many women who are like me and I want them to know a pain-free life is possible.”

Weeks said after the three months experiment, she returned to her doctor and tests showed that her fibroids had shrunk so small that if they were at that size initially surgery would have never been recommended.

Weeks has maintained her new lifestyle since. She said she has never felt better in her life especially now that she is pain-free.

“I have to share this story because I benefitted from someone sharing theirs. Women need to know they have options. This is not a weight loss programme and I am not telling anyone that they have to follow me. I eat like me for me but people need to get information and make a decision,” she said, stressing that people need to pay attention to what goes into their food.

“Growing up I couldn’t get a whole bottle of soda as a child. We used to be outside all the time in the holidays picking fruits but we have become so Americanised we aren’t cooking anymore, we aren’t involved in the preparation of our food,” she said.

Weeks’ book gives advice on how to ease yourself into a healthier lifestyle and recipes as, she said, many people don’t know the various ways to prepare vegetables.

The book will be officially launched in September but is available for sale in Jamaica and via Week’s website www.drsexyann.com. You can also email: drsexylive@gmail.com to order.