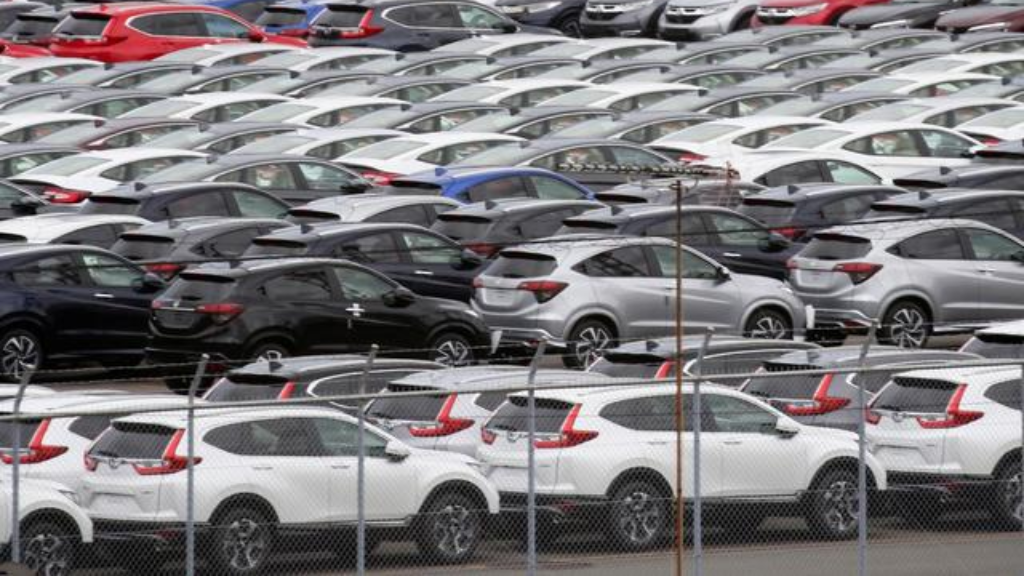 In this July 8, 2019, photo, Honda cars wait to be exported at Yokohama port, near Tokyo. (AP Photo/Koji Sasahara)

The company said Friday that its profit in the July-September fell 6.7 percent from a year earlier to 196.5 billion yen ($1.8 billion) as vehicle and motorcycle sales slipped.

Honda Motor Co.'s quarterly revenue declined 2.9 percent to 3.7 trillion yen ($34 billion) as sales declined in the US, Japan, the rest of Asia and Europe.

Honda said its financial services business did well, helping to offset some of the damage from other divisions.

Honda officials acknowledged to reporters that more needed to be done to reduce costs. They said a promised restructuring was underway.

Nissan Motor Co., a Japanese automaker that has seen its brand power tarnished amid a financial misconduct scandal, reports earnings next week.