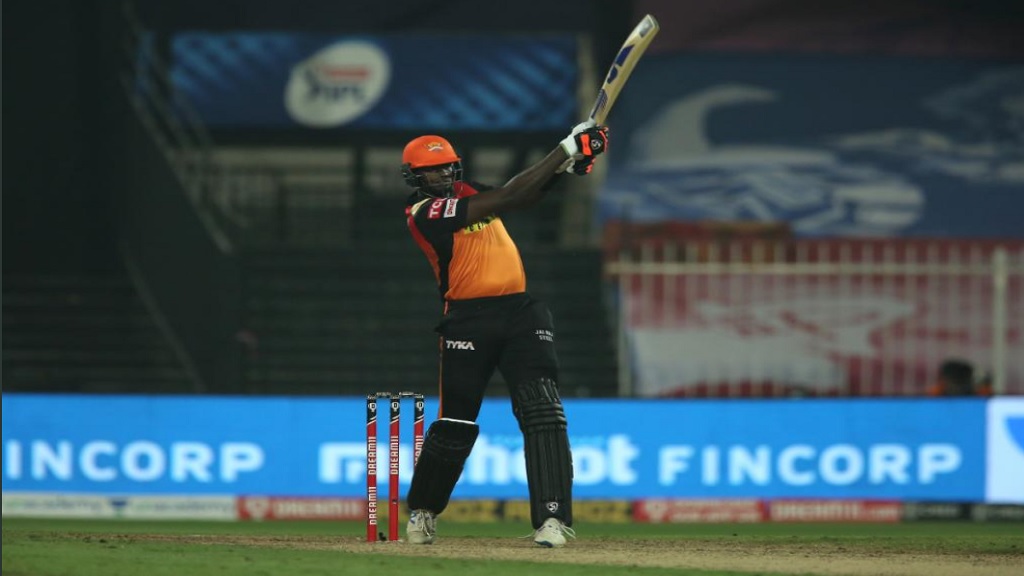 Bangalore posted 120-7 after being asked to make first use of a slow wicket at the Sharjah Cricket Stadium, captain Virat Kohli (7) failing to make an impression with the bat.

The Sunrisers suffered a wobble as they closed in on the total, but a brutal cameo from Holder, off just 10 balls and including three sixes, secured the win with 35 deliveries to spare.

The victory means the Sunrisers climb up to fourth place on 12 points with just one round of fixtures in the round-robin stage remaining.

However, they are only ahead of Kings Punjab XI, Rajasthan Royals, and Kolkata Knight Riders on run-rate with the race to make the play-offs set to go down to the wire.

Josh Philippe had held together RCB's innings with a composed knock, making 32 off 31 balls after Sandeep Sharma (2-20) had removed Devdutt Padikkal (5) and Kohli in quick succession.

The Bangalore innings continued to splutter, though, and when Philippe was caught off leg-spinner Rashid Khan (1-24), any momentum was lost.

Experienced duo Wriddhiman Saha (39) and Manish Pandey (26) had the Sunrisers coasting, both eventually falling to Yuzvendra Chahal (2-19). When Kane Williamson softly drove left-arm seamer Isuru Udana into the hands of Kohli with the score on 87-4, the Royal Challengers had a ray of hope.

Yet Holder took any pressure off his team by clobbering sixes off Udana and Navdeep Saini, then hit the winning runs with another maximum off Chahal.

Disciplined spells at the start and end of Bangalore's innings from the West Indies Test captain led to good bowling figures of 2-27, but it was the manner in which Holder finished off the game with the bat that was more impressive.

"I was positive with the bat and just set out to win the game, so it was pleasing," Holder said in the post-match presentation ceremony. "Being a replacement here it is a while since I have played IPL cricket, so I'm just trying to make the most of it."

With 424 runs at an average of 53.00 in this year's IPL heading into the match, there was an expectancy Kohli would again be the key for Bangalore.

Instead, he was dismissed cheaply by a familiar face, Sandeep Sharma getting the India captain for the seventh time in the Twenty20 format.

West Indies players get all clear before tour to New Zealand

West Indies "A" team to play matches in New Zealand