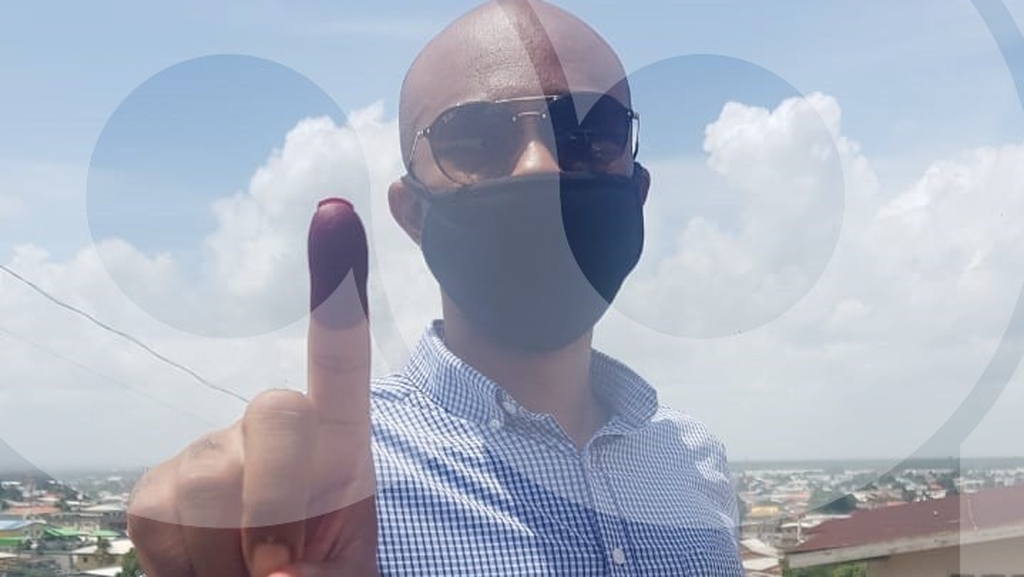 Jason Williams described seeing his name on the ballot paper as surreal.

JW, as he is popularly known, is contesting the Barataria/San Juan seat. It is is first foray into national politics.

He voted this morning at the San Juan SDA Primary school, a stone's throw away from where he lives.


Williams said: "I have always practised the franchise from the time I turned 18, I was always excited to vote and it was a surreal, magical moment to see your name on the ballot paper," he said.

WIlliams said he waited for the morning rush to die down before he went to vote.

He said he noticed a lot more young people voting this general election.

"I was very happy to know the young people are feeling the process and understand the importance. You have a voice and that voice is with that vote and you are able now with with that vote to have a one on one with your MP," he said.

Asked if he believes he can win the seat which has been held by the United National Congress (UNC) for 10 years, Williams said he is hopeful that his campaign room becomes the champagne room tonight.