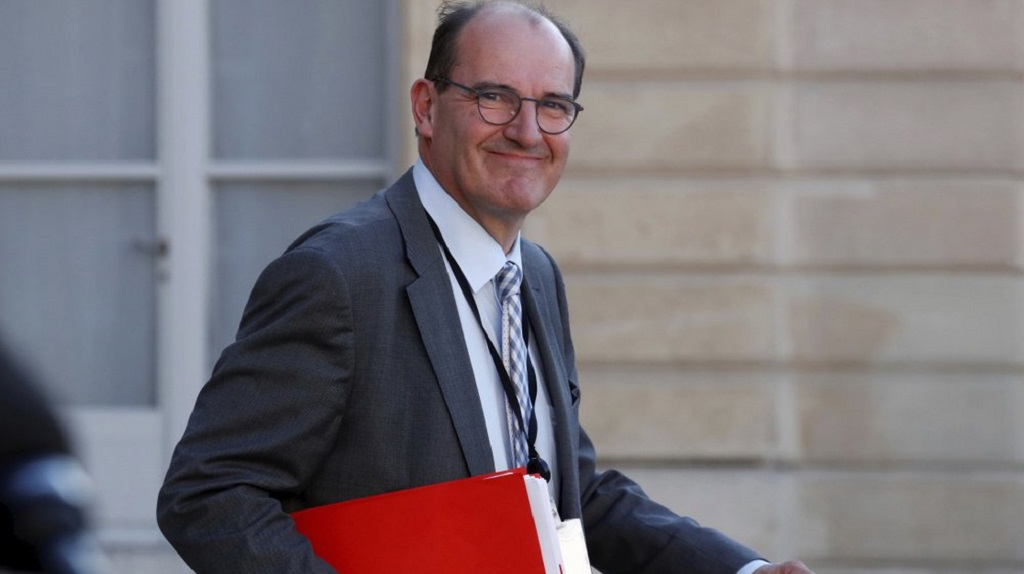 FILE - In this May 19, 2020 file photo, French government coordinator for the end of lockdown Jean Castex leaves after a videoconference with the French President and French mayors at the Elysee Palace in Paris. French President Emmanuel Macron has named Jean Castex, who coordinated France's virus reopening strategy, as new prime minister on Friday July 3, 2020. Emmanuel Macron is reshuffling the government to focus on reviving the economy after months of lockdown. (Gonzalo Fuentes/Pool via AP, File)

The relatively low-profile Castex replaces Edouard Philippe, who resigned earlier in the day. Macron is reshuffling the government to focus on restarting the economy after months of lockdown.

Castex, 55, is a career public servant who has worked with multiple governments. France's gradual reopening plan has been seen as generally successful so far.

Many government members are expected to be replaced in the reshuffle.

In an interview given to several local newspapers on Thursday, Macron said he is seeking a "new path" to rebuild the country for the two remaining years of his term.

He praised Philippe's "outstanding work" in the past three years.

"I will need to make choices to lead (the country) down the path," he said.

The reshuffle comes days after a green wave swept over France in local elections. Macron saw his young centrist party defeated in France's biggest cities and failing to plant local roots across the country.

It was planned even before Sunday's voting, as Macron's government faced obstacles and criticism before and during the virus crisis.

As the pandemic was peaking in the country in March and April, authorities came under fire for the lack of masks, tests and medical equipment.

Before that, Macron's pro-business policies, widely seen as favouring the wealthier, had been hampered by the yellow vest economic movement against perceived social injustice. This winter, weeks of strikes and street demonstrations against a planned pension overhaul disrupted the country.

In addition, Macron's efforts to boost job creation have been swept away by the economic and social consequences of the country's lockdown.

The government issued a 460 billion-euro emergency package through a state-funded partial activity scheme, tax cuts and other financial aids for businesses, and Macron needs to adapt his policies as France's economy is expected to shrink by 11 percent this year.

The unemployment rate that fell from 9.2 percent at the beginning of Macron's term in 2017 to 7.6 percent earlier this year — its lowest level since 2008 — is now expected to increase steadily.

"Our first priority will be to rebuild an economy that is strong, ecological, sovereign and united," Macron said in a televised address to the nation on June 14.

He ruled out any tax rise and instead said "working and producing more" is the response amid bankruptcies and layoffs caused by the crisis.

He put an emphasis on creating new jobs with climate-oriented policies including renovation of old buildings and greener transport and industries.

Philippe, 49, is expected to become the mayor of his hometown of Le Havre, in western France, after he won a large victory in Sunday's voting.

A conservative, former member of The Republicans' party, he had joined Macron's government in May 2017.

He had seen his popularity sharply increase in recent weeks, according to French poll institutes that show many French consider he did good job in gradually easing virus-related restrictions in the country and enforcing an emergency package to support the French economy.